Review: You Let Me In by Camilla Bruce

You Let Me In is the extraordinary debut novel by the writer Camilla Bruce. Born and raised in Norway, next to an Iron Age mound, it seems only fitting that she should bring an element of folklore and perhaps even dubiety to her debut: a book that is a gothic horror, a fairytale infused with a dose of noir. I say noir in as much as the protagonist appears to lack a moral centre, to steal a definition from Dick Lochte, but also in that it brings suspense, and illusion. And it closely aligns to another definition of the genre: it is difficult to distinguish right from wrong, and our narrator is undoubtedly flawed. For me, I did not know what to expect, but I was pleasantly surprised.

It's narrated by Cassandra Tipp, who is, we are told, dead. A novelist herself, her choice of language, her descriptions and commentary weave into what reads as a very engaging memoir, artfully captured, often bitter, sometimes quite carefree. Cassandra appears to feel relief in revealing her story; it’s after the event and now she is set free. Her narrative is directed, in letter form we’re told, to her niece and nephew, who have come to claim their inheritance. These might be Cassandra’s words read in her absence, but throughout she is a vibrant character – she may be gone, but to us, she is still very much present.

She is not a narrator you can trust; no one believed her when she was alive, when she stood trial for murder. Everyone knows she got away with murder twice, so they say, but through her recollections we uncover a story that is almost incomprehensible. We are divided: is her life story purely fantasy or is it not the recollection of a deeply troubled, if not insane, fantasist, who has crafted the story to mask the dark reality she lived through?

We learn the peculiar backstory of Cassandra, raised in the shadow of her "perfect sister." Ostracized and alone, Cassandra does not benefit from her mother’s patience, nor her beneficence. Cassandra’s one ally in the family is her father, yet he is reluctant to display his loyalty. But Cassandra has something better - a lifelong friend and companion, Pepper-Man. He is a faerie, a father figure, her captor and her guardian. And, we discover, her lover. He feeds from her – we suppose like a vampire would feed – and Cassandra both despises but desperately needs this odd, gnarled figure, with white, unkempt hair that falls to his knees. He is her constant companion; neither inhuman nor alien, faeries are, after all, just no longer alive. 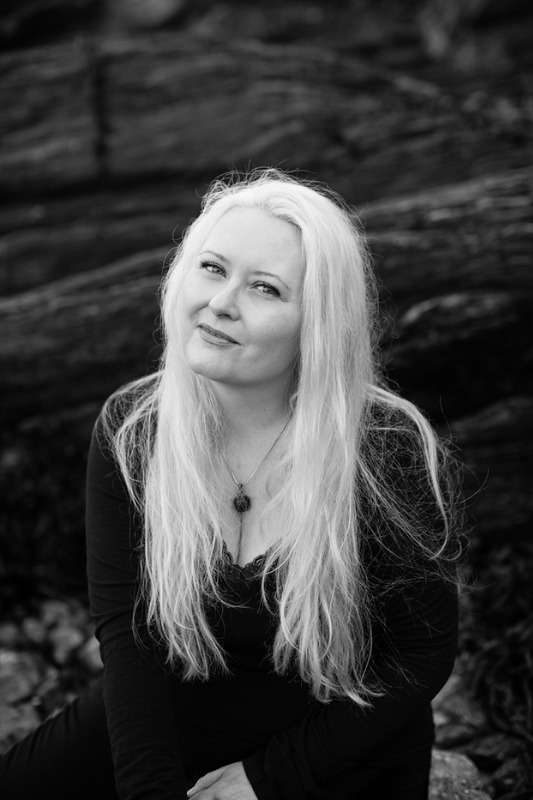 Camilla Bruce
Her strange behaviour puts her in front of a psychologist. He listens to her fantasies – how she visits the home of the faeries in the forest, the things Pepper-Man makes her do. The psychologist publishes a book on her "case" - further condemning her to the role of black sheep of the family, even in to her adulthood.

But throughout, Cassandra does not question her own reality, question whether the faeries do exist. Even in adulthood she does not pause to consider whether the man she stands beside is really just an imaginary character, manifest in her mind to suppress the horror of sexual abuse in her memory. But, the reader does. We really can’t determine whether she is insane, or telling the truth; neither option would really explain the cause and effects. Cassandra, however, is never in doubt: she’s not insane, and in no way is she a victim of Stockholm Syndrome. Whether real or imaginary, she needs Pepper-Man.

Cassandra does meet a real man, marries and creates an existence that superficially conforms; after all, theirs is a small town, everyone knows the other’s business, and her reputation always precedes her. We suppose the storyline is building up to her confession: the death is not in question, but what we want to know is whether she made the final blow. Cassandra is defiant, but she is also a realist; she tells us, "if you can make your life a piece that fits neatly in the puzzle, you are all set and bound for that bland brand of happiness that people think they crave." These apt observations intersperse the narrative and contradict our assumption of her insanity.


Also by Caroline Spalding...
Review: Cold Enough For Snow By Jessica AuReview: Good Intentions By Kasim AliReview: Strangers I Know By Claudia Durastanti, Translated By Elizabeth HarrisReview: The Love Songs Of W.E.B. Du Bois By Honorée Fanonne JeffersVioleta By Isabel Allende - A Review
Thankfully, however, this is not a book that wholly resolves, nor is tied up in a neat bow at its denouement. To the end, the captivating, darkly beguiling and sinister storyline leaves you uncertain how it will conclude. And when it does, you still don’t really know the answer.

Bruce describes her novel as strange in the Afterword, and I wouldn't disagree. The book has a refreshing narrative style, revealing a deeply dark and peculiar tale, blending the bleakest, most disturbing concepts from reality into an ominously captivating intrigue of fantasy, fairytale and folklore. For something unusual, and sometimes quite baffling, this is certainly one to explore.


You Let Me In is published by Black Swan, an imprint of Penguin Books.
More articles in this series...
Review: The Stranding By Kate SawyerInterview With Victoria PrincewillThe Traumatic Legacy of Denial: The Sanatorium By Sarah PearseThe Imposter by Anna Wharton: A ReviewGirl In The Walls By A.J. Gnuse - A ReviewReview: Lightseekers By Femi KayodeAn Interview with Alice Ash - Author of Paradise Block‘ …Really Real Poor People, Surviving Alone Together’: Paradise Block By Alice AshInterview: Neema ShahKololo Hill By Neema Shah: A ReviewInterview With Catherine Menon - Author Of Fragile Monsters‘Ghosts Everywhere I Look. Ghosts Everywhere I Don’t’: Fragile Monsters By Catherine MenonInterview: Bethany CliftLast One At The Party By Bethany Clift: A Review'There Is No Such Thing As Fate, Because There Is Nobody In Control': My Name Is Monster By Katie HaleInterview With Frances Quinn - Author Of The Smallest Man'A Hero Of Our Time!': The Smallest Man By Frances QuinnInterview: Thomas McMullan, Author Of The Last Good ManReview: The Last Good Man By Thomas McMullanInterview With Nikki Smith - Author Of All In Her Head