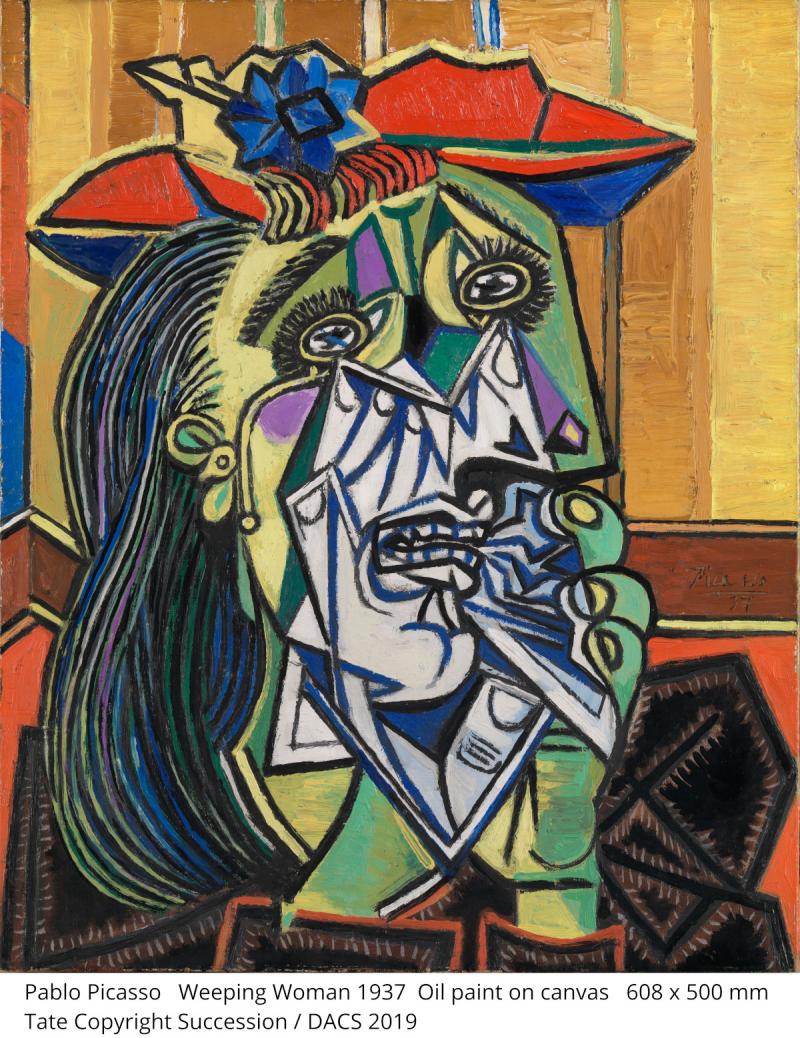 "Dora for me, was always a weeping woman..." Pablo Picasso.

Dora Maar; muse, catalyst, or genius? She was arguably all of these. Remembered as the lover of Picasso, Tate Modern presents the first UK retrospective of the work of Dora Maar, who was both a photographer, and painter. Her ideology was aligned with the left wing politics of France in 1930's, she was an agitator, and an avowed anti-fascist. She most certainly had a strong social conscience.

Born 1907 in Paris, she moved in 1910 with her family to Buenos Aires, where her Croatian father, an architect, undertook a number of commissions. At the age of 19, she returned to Paris with her family in 1926, and a new chapter in her life opened.

In 1931, she took the decision to devote herself to commercial photography, and changed her name. Born Henriette Theodora Markovich, she had already shortened her middle name to Dora, and now she adopted Maar as a derivation of Markovich.

Maar was not only a photographer, but also modelled for Man Ray, and Jean Cocteau. She became firmly embedded in the avant-garde art circles in Paris. She took on photographic work in the fields of advertising, and architecture. Maar was also an accomplished portrait photographer. She entered the world of surrealism, became the mistress of surrealist writer Georges Bataille. Maar produced surrealist photographs.

Perhaps her most famous surrealist photomontage is Untitled (Hand-shell), (1934). Is that just a severed hand, emerging from a shell, or is it much more? You decide. Whatever the work expresses, it is enigmatic, psychological, and hugely disturbing. Her surrealist photographs have stood the test of time. They are today, as they were in the 1930's, both beguiling and haunting. Her works also include Portrait of Ubu (1936), and 29 Rue d'Astorg (1936). The latter appeared in the International Surrealist Exhibition, held in London, in 1936.

It was at this time that Maar became the mistress of Picasso, and she moved from surrealist photographic imagery, into painting. Maar was the subject of many of Picasso's paintings, in particular she was depicted in the Weeping Woman (1937). She photographed Picasso's Guernica in stages, whilst it was being painted. There are those who maintain that she was part inspiration for Guernica, in that her anti-fascist discussions with Picasso, may have been pivotal in leading him to paint the celebrated anti-war masterpiece. Their relationship was to say the least tempestuous, and lasted from 1936 until 1945, when a younger Françoise Gilot appeared on the scene. Ultimately, this was probably one of the factors, that contributed to Maar's mental breakdown.

Maar then turned to religion, became semi-reclusive, but continued to paint for over 40 years, and interestingly Maar did not exhibit during that period..


Also by Simon Bartle...
Pre-Raphaelite Knights: Reinventing The Medieval World At The Bowes MuseumBill Brandt And Henry Moore: At The Hepworth, WakefieldTurner: Northern Exposure At The Mercer Art Gallery, HarrogateNorman Cornish: The Definitive Collection At The Bowes Museum, Co DurhamBarbara Hepworth: Musée Rodin, Paris
There are those who dismiss the paintings that Maar produced in this latter period of her life as 'derivative'.

That 'tag' is hugely insulting, as is the description of Maar as purely Picasso's mistress, merely a woman in 'his shadow'. Maar may have suffered abuse during her life, but it is time to put a stop to convenient, but inaccurate labels, and to dig deeper.

An enigma? Yes, most definitely, but Dora Maar demands, and deserves a serious re-evaluation as a creative multi-talented artist in her own right . This exhibition presents that opportunity, and perhaps you too will agree that she was highly gifted surrealist photographer, an accomplished artist, and an innovator in all the fields that she worked.

Maybe, just maybe, you will reach that judgement which says that she richly deserves a distinguished place in the history of art, not as an appendage to the Picasso story, not as a victim of an allegedly abusive relationship, but quite simply because she 'cut it' with the best of them. In short she left a legacy worthy of recognition, and of re-evaluation. Centre Pompidou, Tate Modern and the J Paul Getty, Los Angeles certainly think so. Justice at last? We leave you to decide. You ultimately are the arbitrator.