Maurice Walters from York has been named the winner of the 2022 BBC Radio 3 Carol Competition live on air by Breakfast presenter, Petroc Trelawny. Maurice is the ninth winner of the network’s annual competition, which attracted nearly 1,000 entries this year.

His winning carol was voted for by listeners and performed live by the BBC Singers and pianist Richard Pearce, directed by Bob Chilcott, on BBC Radio 3. The carol will be broadcast on Christmas Day and across the festive season on the station and on BBC Sounds.

Maurice’s carol was one of six shortlisted compositions, each of which set to the words of Niall Campbell’s The Winter’s Brightening, a specially commissioned poem inspired by the warm glow of homes at Christmas.

Maurice Walters has loved music since he was a child. Without formal training, he taught himself how to play the piano and at University, sang in the college choir at St John’s College, Oxford. Maurice is now a classics teacher in York, and has passed on his love for music to his 11-year-old son, who helped him with his winning composition.

This year’s competition launched in September. Radio 3 welcomed submissions in all musical styles, from jazz, to pop, gospel, folk, classical and beyond, and entrants could submit either notated scores or smartphone recordings, making the competition as accessible as possible.

A judging panel chaired by Choirmaster and star of the BBC’s The Choir and Pitch Battle, Gareth Malone, was charged with creating a shortlist for the public vote. Gareth’s fellow judges were composer, broadcaster and BBC Music Ambassador Yolanda Brown; choir director and regular adjudicator for the BBC’s Choir of the Year Manvinder Rattan; broadcaster, Artist in Association at the BBC Singers and director of music at Pembroke College, Anna Lapwood; and classical music enthusiast, amateur pianist and former politician Ed Balls. The successful entrants were then given the opportunity to work closely with arrangers Joanna Forbes L’Estrange and Alexander L’Estrange to set their melodies within harmonised choral arrangements. 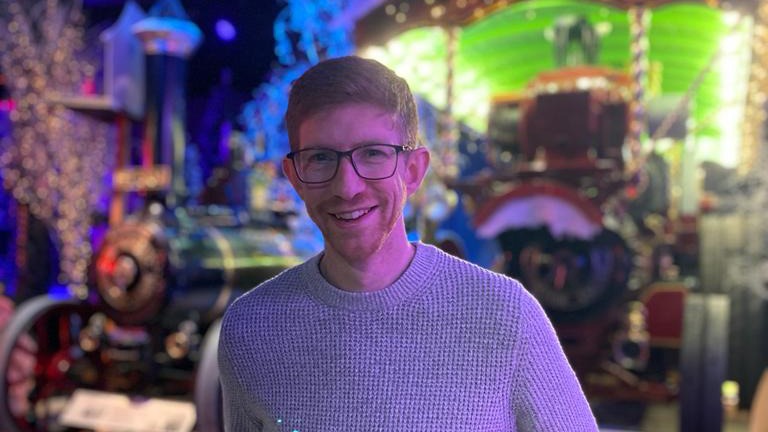 Christmas Carol Winner: Maurice Walters
Maurice Walters said:
“I can’t quite believe that I am the winner of this year’s Carol Competition. Music means so much to me, and to have had the support of the judging panel and listeners back home is utterly thrilling. Working closely with the L’Estranges and BBC Singers to develop my carol has been so exciting and I am delighted to see it out in the world.”

The winning carol, alongside the other shortlisted entries, are available to listen to at bbc.co.uk/carolcompetition