What Would You Bring? : The Museum Of Broken Promises By Elizabeth Buchan 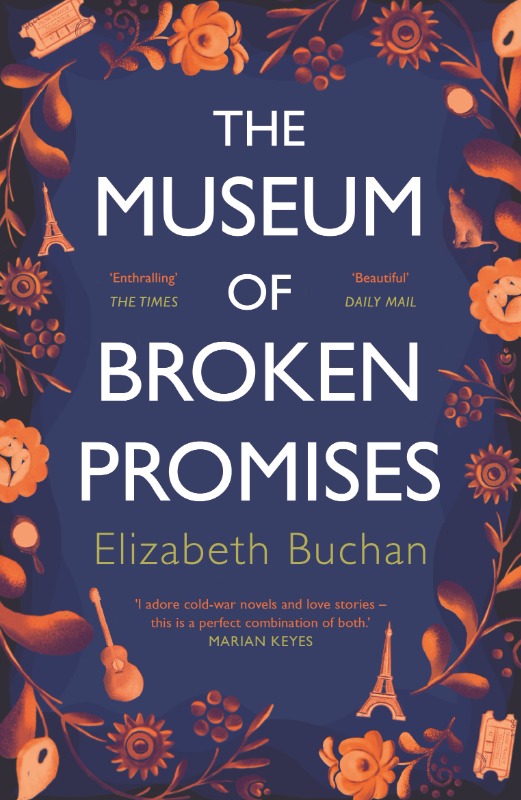 Laure Carlyle is the curator of her own unusual museum, one which houses everyday artefacts that speak of love, loss and betrayal. It is a beautiful, intriguing and poignant place. As Laure quite rightly says - ‘broken promises matter’. The objects on display are emotive yet it is not the objects themselves which arouse emotions but the explanations which accompany them. I was not far into the novel when I found myself asking what would I bring to such a museum? Probably a Notarianni’s ice cream parlour menu with a Knickerbocker Glory circled. I was very young and the family had been visiting friends, one Saturday night. By the time we left, the last bus had gone and we had a long walk ahead. I hasten to add that this was a very rare event. I was not happy but there was no alternative and ‘Uncle Harry’ promised thatif I managed to walk all the way, he would buy me a Knickerbocker Glory the next time we met. Well, over fifty years on, I’m still waiting and I still feel cheated. There are other far more significant broken promises I could bring but this is the one I am prepared to share for now. You will have your own thoughts.

The narrative of the novel toggles between three time-frames, as Laure recalls past events in the Prague of 1986 and Berlin in 1996, amid her life in the Paris of today, but following the plot is not hard. In 1986, Laure is recovering from the sudden death of her father and has given up on her university degree to work in Prague, as nanny to Jan and Maria, the children of Petr and Eva Kobes. On a visit to a marionette show, she meets Tomas who is a member of a dissident rock group, Anatomie. She enjoys a dangerous but genuine love affair with him and suffers the consequences. Her naïve lack of understanding of the political regime she is living under, has left her vulnerable. The savagery of events in Prague force Laure to grow up and cast a dark shadow over her life.

Among the exhibits in The Museum of Broken Promises is a framed train ticket from Czechoslovakia to Austria. This is Laure’s contribution and it hints at the secret in her life — her brush, that summer, with political rebellion behind the Iron Curtain. The novel opens in 1986 on the platform of a bleak Austrian railway station where Laure is waiting for Tomas, a man she hopes will be known as Viktor ‘for Victory’. She is nervous, looking all the time to see if there is a ‘watcher’ monitoring her. At this time, in this location, ‘waiting is an art form’. She is however, to be disappointed; a promise has been broken. 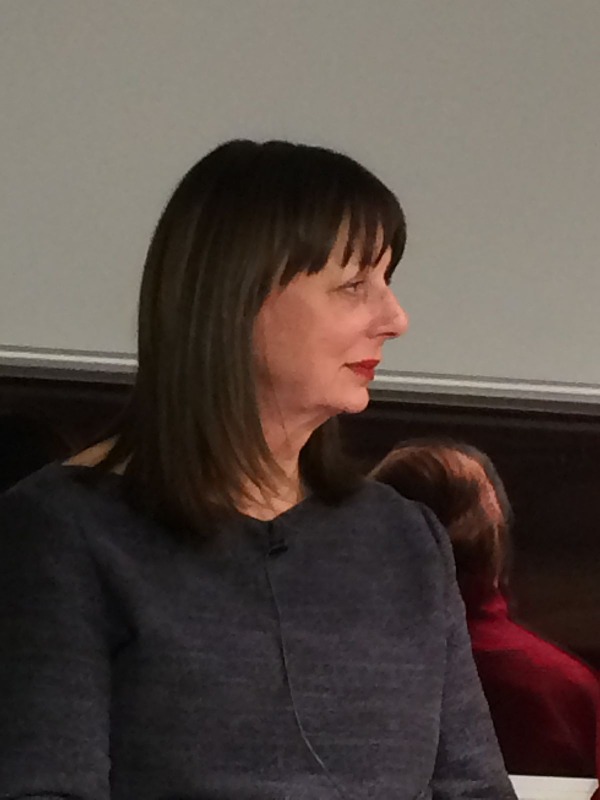 Elizabeth Buchan
The relationship Laure has with Petr Kobe is not straightforward, as much because of what she does not know as what she does. He appears to work for a pharmaceutical company but how much of a Party man is he? Ten years later, post-Wall, she meets Petr again and begs for information about Tomas which she knows he either has already or can get hold of. Despite telling herself that she ‘must not live with ghosts’, she needs an answer but does not necessarily get the one for which she hoped.

I certainly remember watching the news footage as the Berlin Wall came down in 1989 but was aware of little more than the ‘fear’ we had lived with since its construction in 1961. As far as I was concerned, we were never fully cognizant of what unfolded behind the Iron Curtain, but understood that the regime was oppressive. Although the period includes some of the darkest moments of European history, I confess to knowing little detail about the Cold War other than the world of spies as portrayed in film. Although not in my lifetime, I probably know more about Henry VIII or World War One from my history lessons at school, than I do about the ‘Ossis’ and ‘Wessis’, which made this novel all the more appealing.


Also by Artis-Ann ...
Review: The Primary Objective By Martin VenningA History Lesson: George Orwell's Animal FarmReview: Expectation by Anna HopeReview: Death In The Cotswolds By Rebecca TopeIntricate Layers: Eight Detectives By Alex Pavesi
The marionettes are important in Czech culture and Buchan describes the performances beautifully, as if the stringed puppets were coming alive, with their subversive messages and eerily lifelike movement. Ultimately, the marionettes come to symbolise Laure’s time in Prague and there is a particularly tender moment between Laure and one special marionette, at the end of the book. Buchan is also able to capture the differing moods and atmospheres in the varying cities. Laure’s walks through Paris contrast vividly with the dangers of Communist Prague and the difficulties of Berlin after the Velvet Revolution.

Laure’s experience in Prague explains why she has become so private that she is at odds with May, the brash American reporter who shadows her in Paris, trying to write a profile for a magazine, and why she is so fiercely self-reliant; but at the end, she finally comes to terms with her past and the love which has never left her.

The plot is a deliberate slow burn but well worth the effort to read it to the end.


The Museum of Broken Promises is published by Corvus