The Rolling Stones Return To The North - Could This Be The Last Time?

Ronnie Wood and Keith Richards. Image from Rolling Stones Facebook page.
“Hello Liverpool, hello Merseyside” exclaimed an excited Mick Jagger as the Rolling Stones Sixty tour arrived at Anfield. The stadium is used to hosting champions and for one night only in Liverpool there could not have been a better place to witness the group who have championed popular music for the last sixty years.

As images of Charlie Watts were shown on the video screen the group and the fans paid tribute to the drummer who was the backbeat of the band: always there in an unassuming fashion but so much an integral part of the performance. 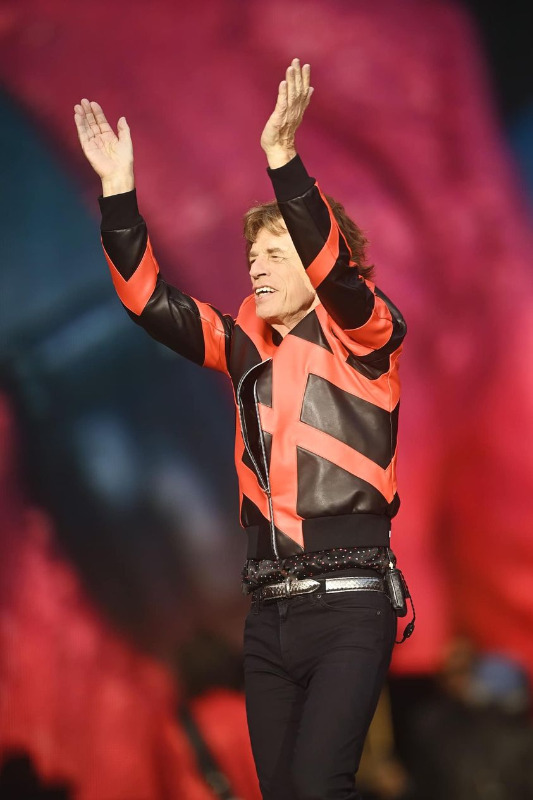 Mick Jagger. Image from Rolling Stones Facebook page.
As Street Fighting Man opened up a two hour set it felt like the band had never been away. “We are going to cover a song next from four local lads” Jagger informed the audience as the band launched into The Beatles I Wanna Be Your Man.

The gig was not all about nostalgia as Living In A Ghost Town, one of the Stones’ newer songs was aired. Whilst the track may not have the punch of their older tracks it is still unmistakably one of theirs.

Honky Tonk Woman still had the swagger that allowed Jagger is roam around the stage like a tiger though the mood dipped slightly when Keith Richards did his obligatory two song set with You Got The Silver and Connection.

As Jagger returned to the stage you could almost touch the atmosphere as Miss You was performed. From then on it was like listening to The Stones greatest hits with a Start Me Up benefiting from that killer riff Richards plays throughout the track.

The stage was bathed in red as Sympathy for the Devil with Jagger seeming to have the energy of someone half his age. Jumpin’ Jack Flash saw Jagger donning a long red coat that made him appear like a circus ringmaster.

As the fans sang a chorus of You’ll Never Walk Alone the group returned to the stage for a rousing version of Gimme Shelter with Jagger sharing the vocals with one of the backing singers.

It was left to (I Can’t Get No) Satisfaction to close a gig that I will always treasure with great memories. Tonight everyone had been satisfied in a concert that kept the Stones reputation as one of the best live acts, intact.