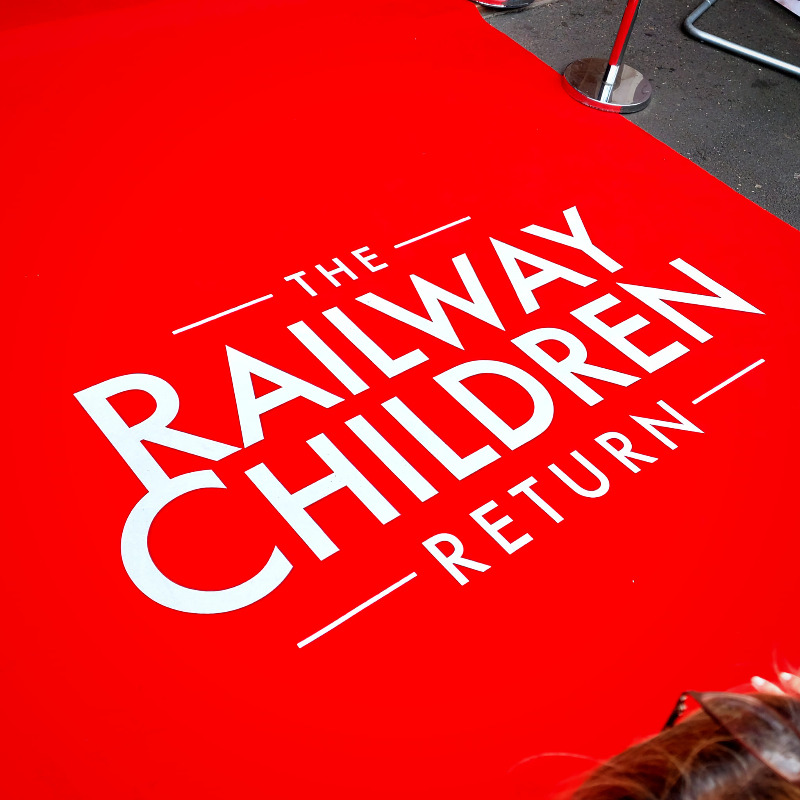 It has been just over five decades since Lionel Jeffries big screen adaptation of Edith Nesbit’s The Railway Children reached its cinematic destination, and yet it is a trip generations of viewers cannot resist to keep on taking. This is one of many adaptations of screen and stage for the story, but the 1970 film has become revered as the gold standard, and has been crowned a British classic by the many eras of viewers who have since fallen in love with it.

Now, they have a chance to rekindle that love all over again, only this time with a new generation of Railway Children. And what better setting for this old train to re-fire its engine than in Keighley? After all, the Keighley and Worth Valley Railway plays such an integral part in its legacy.

So this past Sunday’s (3rd July) World Premiere of The Railway Children Return could not pass up the option of taking place at a venue that would have been in full operation back in 1944, when this new reboot-cum-sequel is actually set, and (like the trains in the film, and the legacy of the original classic) is still going strong. 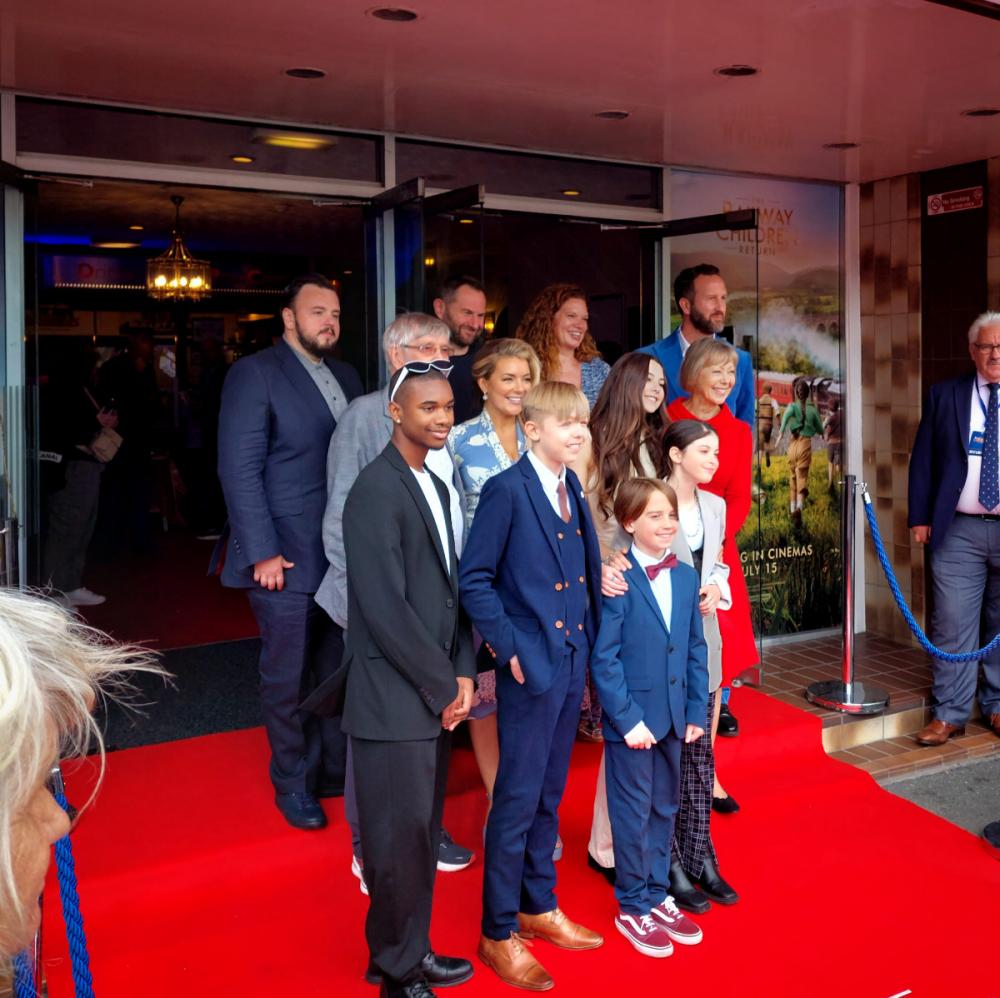 The Keighley Picture House opened its doors back in 1913, and over the years has stood the many tests of time to remain as Keighley’s last standing cinema. Undergoing so many transformations over the years, there has always been one constant: movies. One of the country’s oldest purpose built cinemas, The Picture House has seen many leaders and teams come and go, experienced many silver screen classics projected onto its screens, and it is a venue steeped in history, and that history has just expanded even further!

No stranger to big premieres since current proprietor Charles Morris took the building over in the early ’90s, as part of his Northern Morris Cinemas Chain, the building has played hosts to premieres for the likes of Franco Zeffirelli’s 1996 take on Jane Eyre and Paddy Breathnach’s 2001 part Keighley-set comedy Blow Dry, but it quite literally does not get bigger than this!

The Railway Children Return had the red carpet rolled out this past Sunday for an event that brought a level of glamour and stardom often strictly reserved for the biggest cities and their ginormous multiplexes, and released it on the town of Keighley and one of its greatest landmarks.


exactly what I had been hoping for, after all the trials and tribulations of lockdown
In attendance for this remarkable event were this film’s stars, Jenny Agutter, Sheridan Smith, Tom Courtenay, John Bradley, Beau Gadsdon, KJ Aikens, Austin Haynes, Eden Hamilton, Zac Cudby, alongside director Morgan Matthews, Producer Jemma Rodgers and writer Danny Brocklehurst. Alongside a plethora of Studio Canal representatives, press and guests!

After travelling the Keighley and Worth Valley Railway, making time for a huge press event at the lovely Oakworth Train Station, the stars arrived in Keighley, meeting their passionate fans on the red carpet outside the historic Picture House building, instantly creating an atmosphere perhaps never before seen on North Street in Keighley, or at least not for some years. Before taking to the stage in The Picture House’s classic - recently upgraded (with a new sound system and screen) - Screen One cinematorium, introducing everyone to what they were about to witness! 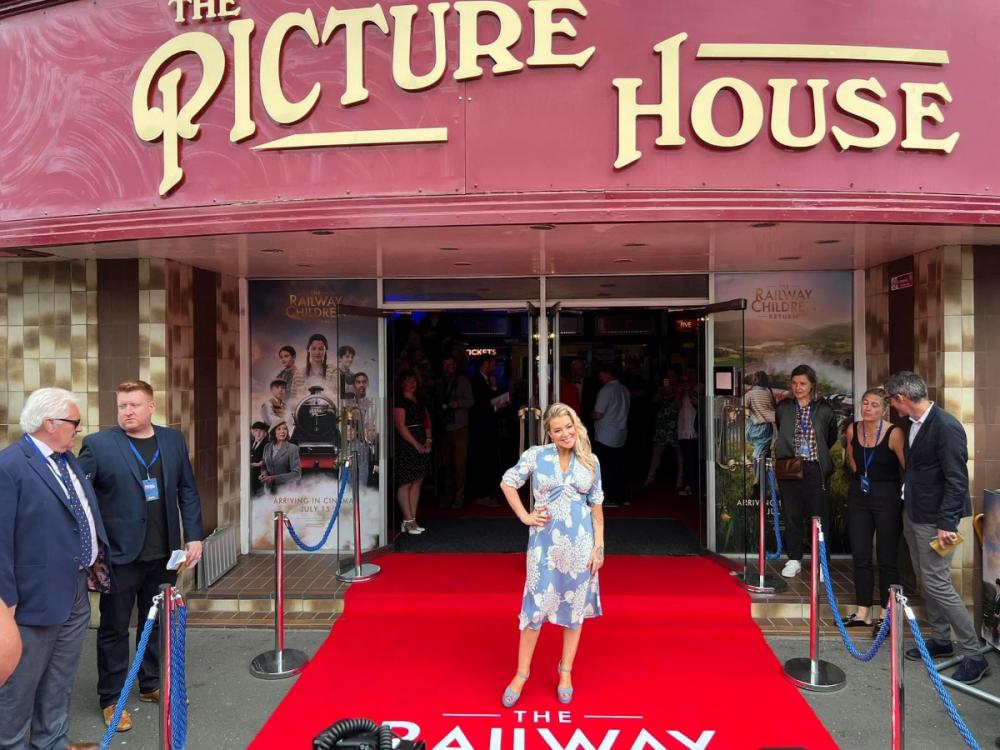 Producer Rodgers, a self-confessed “local lass”, was particularly proud to be at The Picture House, as she took to the microphone to welcome everyone to this, the World Premiere, of a film she and the entire cast and crew have been patiently waiting to debut on the big screen, describing the project as a dream come true, and it is certainly one she has been heavily involved in the direction of, as the story moves on to WWII, acting in part as a loving tribute to the original, but also a progression of it. To that point, original star Jenny Agutter, also gave the audience a warm introduction, citing the story’s lingering power and how this was a moment for the next generation to take over Nesbit’s adored tale, while also once more relishing in the beauty of our local landscapes, and the hope of childhood. 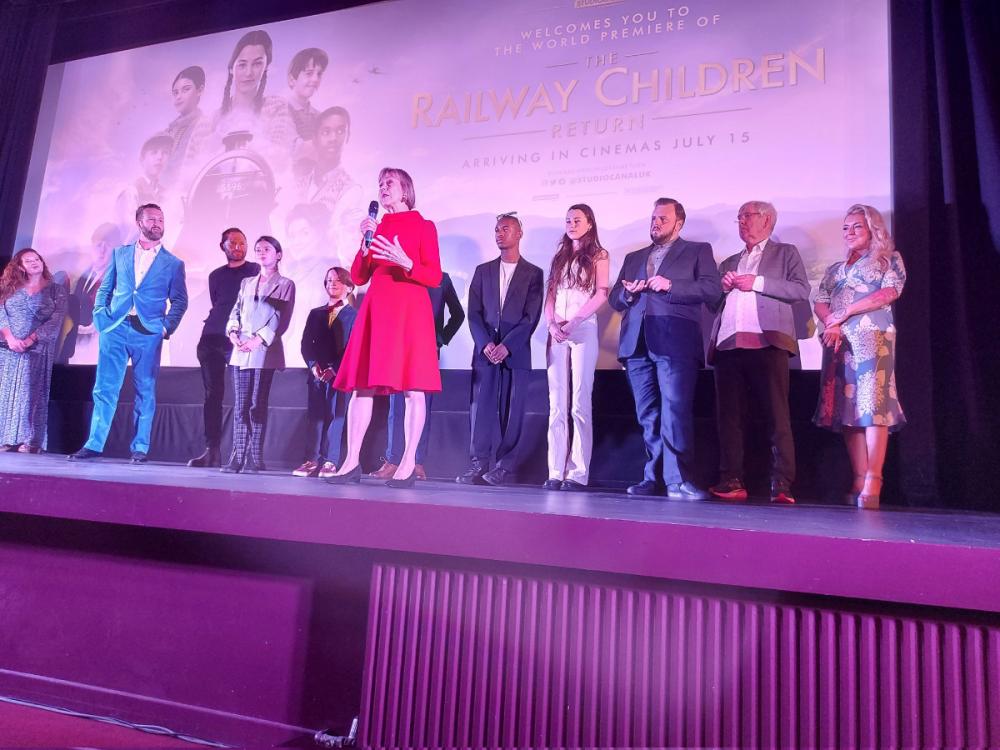 And with that the first screening was underway, with the stars all actually seated in attendance to experience it alongside the audience. A screening that received a huge ovation afterwards, as the stars met their fans before heading off for more events of the day. And you can read our review of the film itself over on the Arts section of our site!

However, the big events did not end there, as after this 1:30pm world premiere, the cinema opened its doors to a sold out capacity crowd for one of the country’s first public premieres of the film. Strictly a booking only affair, the show was sold out and screen one was chock full of audiences of all ages, eager to witness this return of the railway children! Not only that but Screen Two upstairs likewise was a sell out for their scheduled showing of Minions: The Rise of Gru! Meaning this was a full house for the venue!

Needless to say, this was a magical day for fans of film but also a proud day for The Picture House, a local institution that showed, thanks to the efforts of a hard working team, that 100+ years of memories is only the beginning. As they say in show business, “the show must go on”, and this day was a much needed reminder, after all that we have been through of late, that this show is still able to captivate and astound.

This is a premiere our local area can indeed be very proud of for years to come, and we are sure many will fondly recall Sunday the 3rd July 2022, the day that the red carpet came to Keighley.

Keep on supporting your local cinema! They not only need that love but indeed deserve it! And how proud we are to say that, this local picture house is as good now as it has always been.


The Railway Children Returns gets its official release from the 15th July and will no doubt be heading back to The Picture House, as well as every other local cinema here in Yorkshire later this month!