The Fresh Delight of the Debut Novel 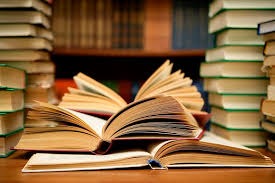 As is all too apparent, the Global Pandemic continues to invade society in all its multifarious guises, shrouding it in a pernicious miasma every bit as deleterious to the body as to the soul. Not the most positive opening sentence with which to lead an engaging opinion piece! Bear with me. Whilst epidemiologists and the medical community per se strive to arrest the spread and impact of the coronavirus, who can we turn to in such an apocalyptic epoch ?

Mellifluous politicians, some as duplicitous as they are didactic don’t seem worthy of an ear. Those redoubtable bastions of sagacity otherwise known as c-list celebrities, have much to say but little to offer. But there is at least one group of people worthy of our attention in trying times…authors. It seems to me that reading has never been so vital for the eudaimonia of many, even if not the silver bullet we crave. Granted, books cannot overcome biological pathogens, however they can help us to deal with the ramifications of their assault upon our zeitgeist and corporality.

In times of need, we turn to our friends. The ineluctable pull of predictable comfort. We see this axiom translated by the bibliophile into a penchant for our favourite, established authors. We turn to writers with whom we have a pre-existing relationship or literary provenance engenders our faith in their restorative powers. Perhaps such atavistic inclinations are exacerbated by the vulgar reality of enforced economy. When expenditure is a conditional factor, gambling scarce resources upon that which we do not know is an understandable anathema.

Established writers deserve our time and limited resources, an inalienable fact and a corollary of proven meritorious talent. However, in eschewing authors without provenance or profile, we undoubtedly risk impoverishing our reading experience and the serendipitous delights of the undiscovered, unexpected and unknown.

Perhaps now is the optimum time to embrace the debut novelist. With book shops closed for much of the year and only recently re-opened, promotional book tours and festivals cancelled and an economy in freefall, it can be a Sisyphean task for a debut novelist to reach us. Publishers themselves are no less immune to the ramifications of the pandemic than any other industry. A back log of books crowd the tumultuous literary market place, perhaps encouraging retailers to support authors offering them a return on expenditure at minimal opportunity cost.

On the 3rd of September 600 new books were published, on that day alone. Publishers cannot be sanctimoniously denigrated for backing household name authors when they, too, are fighting for survival. Against this preclusive background, the debut novelist must contend for their place on our bookshelves and tenaciously bring their voices to our ears.

So having elucidated the daunting task facing the debut novelist, why should we as readers support them ? For the joy, enrichment, contemporaneous perspicacity and sheer eclat they bring to our besieged consciousness. For the freshness of their voices, the vitality of their artistic aplomb. For the love we have for books and their creators. 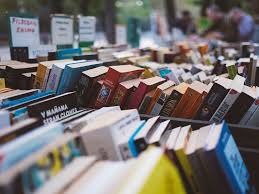 For a publisher to get behind a debut novel, agents and editors must truly consider the book to be outstanding. In an austere time, the decision to publish is in and of itself an accolade of sorts. Perhaps this fact alone should give us the confidence to leap into the unknown.

This year’s Booker prize tells an elucidatory story, further consolidating faith in the power of the debut novelist to contribute something priceless to our literary landscape. Four of the six shortlisted titles are the debut novels of their authors. Indeed, eight of the thirteen longlisted books were debuts. The venerable judges presiding over the award of this prestigious prize clearly recognise that historical authorial provenance is no elliptical measure of talent. A book’s artistic worth cannot be underestimated as a consequence of it being a newcomer to the literary world.

We might also recall that throughout literature’s long history, all novelists have offered us their debut works. Mary Shelley’s Frankenstein paved the way for the science fiction genre. Zadie Smith wrote her debut whilst an undergraduate at Cambridge and went on to garner prodigious acclaim and many respected accolades, leading her to be hailed as ‘the voice of New England’. The unknown Irvine Welsh published his debut novel little knowing it would become a cultural touchstone. Such a list of notable debuts is inexhaustible.

Fundamentally, the creative community in all its hues and manifestations is an asset beyond value to our strained society. Debut novelists are an exceptionally fecund part of that community and a vital component essential to the rest. Without new authors we risk literature itself becoming attenuated by the absence of fresh artistic voices. Debut novelists may not have that silver bullet, but they should have their place on our book shelves. So, consider making that space for them on your shelf and you might find joy in the unknown !