Written by Rick Elice and directed by Arlene Phillips, The Cher Show tells the story of Cher’s spectacular rise to fame from humble beginnings living in California to the global stardom she now enjoys.


(L-R) Millie O'Connell as Babe, Danielle Steers as Lady & Debbie Kurup as Star in The Cher Show, credit Pamela Raith
The show races through the decades charting Cher’s strengths and vulnerabilities, whilst highlighting her complicated relationship with Sonny and the eventual breakdown of their marriage, the constant pressures that inevitably accompany fame, her new found relationships, and of the millions earned, lost and earned again.

Flying in the face of convention throughout her career, the show highlights Cher’s enviable ability to re-invent herself to suit her audiences, both as a singer and laterally as an actress for which she won an Oscar. As she comments herself ‘this is the end of a chapter, not the book’.

She is girl power personified.

The musical features a total of 35 of Cher’s most famous hits and includes Believe, I Got You Babe, If I Could Turn Back Time and the Shoop Shoop Song. Each musical number being placed appropriately to reflect the various stages of Cher’s career and /or her emotions.

The set design and lighting (Tom Rogers and Ben Cracknell respectively) were fabulous and really set the atmosphere at the start of the show, whilst the choreography by Oti Mabuse was superb
Cher is played by three exceptional actresses. Millie O’Connell as Babe plays the first Cher, portraying her childhood years, her meeting with Sonny and the start of her career. Danielle Steers is next as Lady, continuing Cher’s career journey and marriage breakdown to Sonny.

The final Cher, Star, is played by Debbie Krupp, who continues the story as Cher reinvents herself (yet again) with a successful acting career and a new relationship. The interactions between the three are excellent as they journey through Cher’s life story. All three possess an impressive vocal range and were well able to belt out a tune, whilst a moving and a shaking. 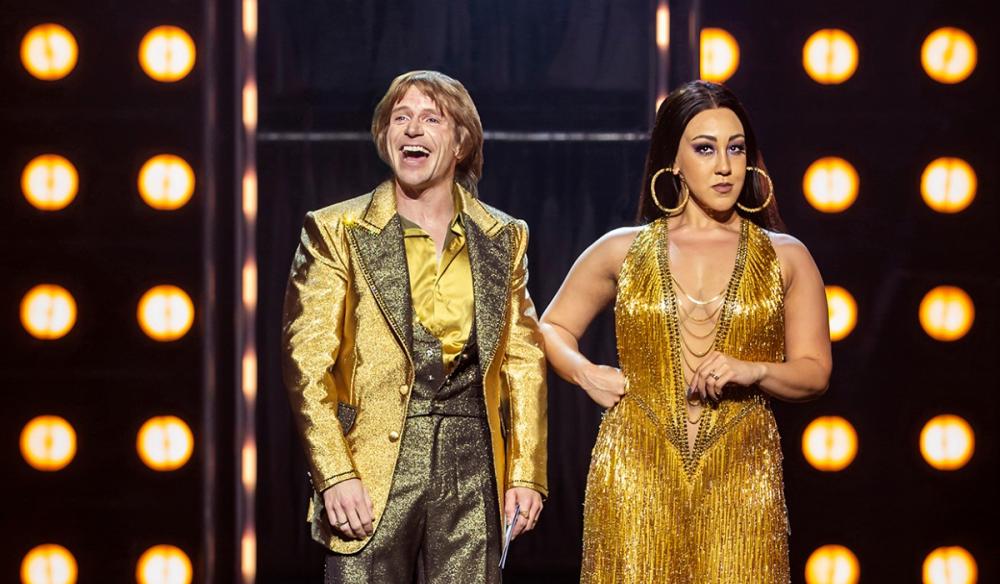 Lucas Rush as Sonny Bono & Danielle Steers as Lady in The Cher Show, credit Pamela Raith
Mention must also be made of Lucas Rush taking the part of Sonny, who lost sight of his love and marriage in favour of career and ambition, and Sam Ferriday who played Greg Allman, Cher’s second husband, amongst other characters. They were both excellent as were the supporting black clad ensemble. 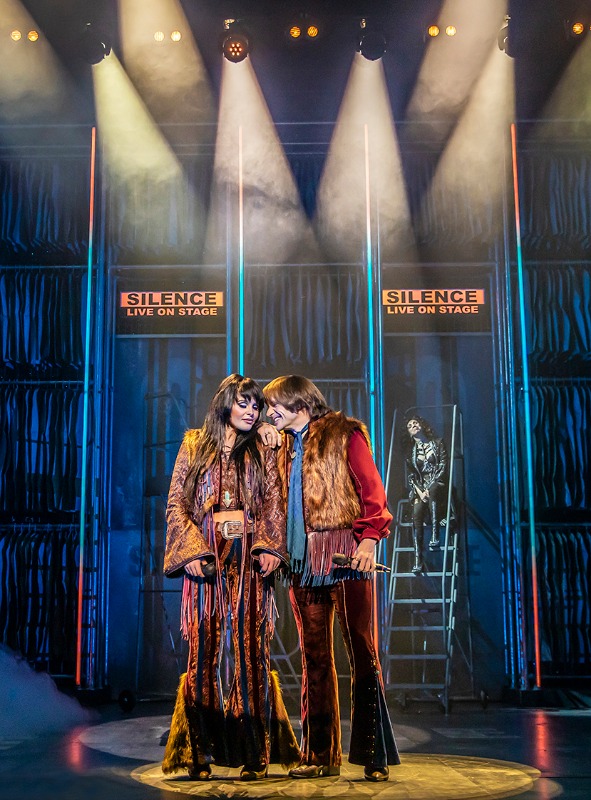 (L-R) Lucas Rush as Sonny Bono & Millie O'Connell as Babe in The Cher Show, credit Pamela Raith
The creative team led by Arlene Phillips have produced a first-class show. The set design and lighting (Tom Rogers and Ben Cracknell respectively) were fabulous and really set the atmosphere at the start of the show, whilst the choreography by Oti Mabuse was superb, as you might expect from someone with her pedigree. Similarly, the costumes designed by Gabriella Slade were both iconic and beautiful with lots of sparkle, sequins and glitter.

As Arlene Phillips herself says ‘‘This exciting show (is) a non-stop journey of Cher’s rollercoaster life, bringing to the audience Cher’s iconic songs, glorious dance numbers, unique costumes and her epic drama.
All (the audience) need to do is come along and Believe.”


Sheffield Lyceum Until 14th May