Tavares – Back On Tour In Perfect Harmony 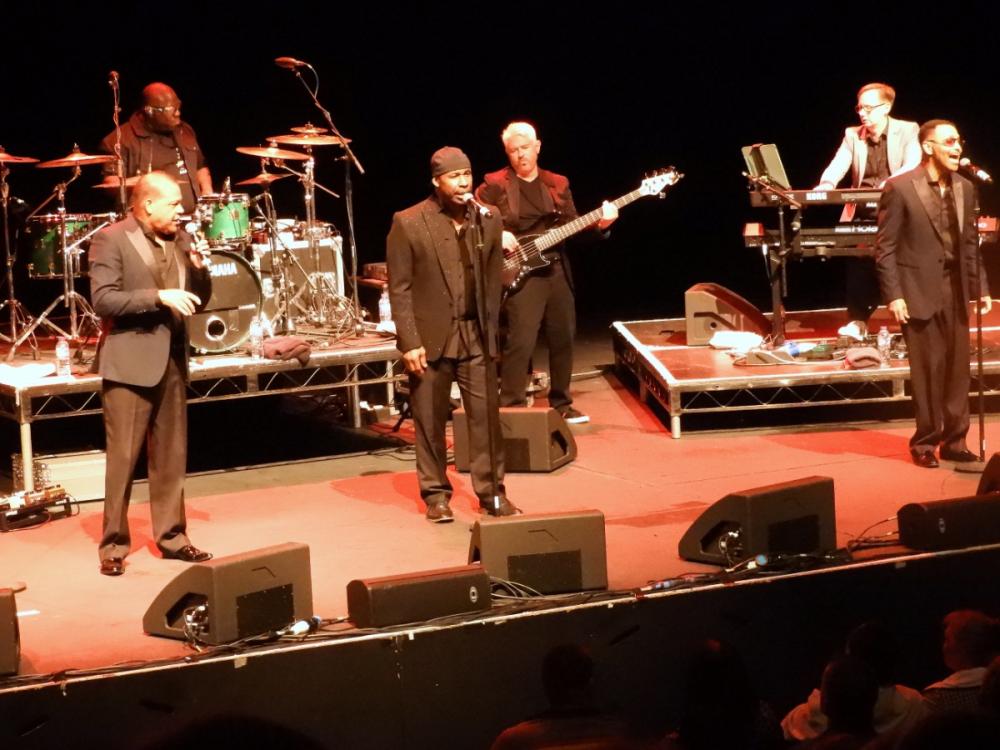 Back in the early Seventies the charts both in the UK and America were awash with soul groups such as The Stylistics, The Delfonics and Tavares. Their soulful voices, dance routines and memorable songs were the soundtrack to a whole generation. Pop music moved on with the advent of punk relegating those purveyors of soul to the cabaret circuit and Las Vegas residencies.

Making a rare visit to Britain, Tavares arrived at the York Barbican to take their audience back in time on the Soul Train to relive those magical days. The dance moves might have been a tad slower than 50 years ago but the disco mirror ball still shone as brightly as ever along, with vocal harmonies as tight as a Yorkshireman’s wallet is alleged to be.

From arriving on stage to perform It Only Takes a Minute the group instantly took control of the audience as a warm and friendly atmosphere prevailed that never let up during the entire ninety-minute show.

Whodunit flowed into a faithful rendition of Don’t Take Away the Music as the fans left their seats to relive those halcyon days when Tavares seemed to be always on the radio. Not having as many hits as some of their peers the show was peppered with album tracks and covers including George Benson’s Turn Your Love Around - reimagined in a slower tempo and sounding all the better for it.

As Feliciano Vierra Tavares Jr. better known as Butch joked about his love of fish and chips and steak and kidney pies he was taken back when an enthusiastic fan reminded him not to forget Yorkshire Puddings! The youthful singer even took the opportunity to leap off the stage to sing Killing Me Softly with His Song which appeared to bring the mood back up again after some lengthy band introductions.

Keeping the theme home grown, Harrogate guitarist Richard Jevons demonstrated with his skilful and faithful fretwork why Tavares chose him for the current tour.

With only two of their big hits missing - that the majority of fans had come to hear - Perry Lee Tavares, a.k.a. Tiny, gave his best John Travolta impression and raised his right hand in the air for the Saturday Night Feversong More Than a Woman. As far as classic soul was concerned there was no better song to illustrate the genre.

Heaven Must Be Missing an Angel kept the party going as York had been on a voyage to a soulful heaven where Tavares were still the creators on a perfect night of soul performed in style.