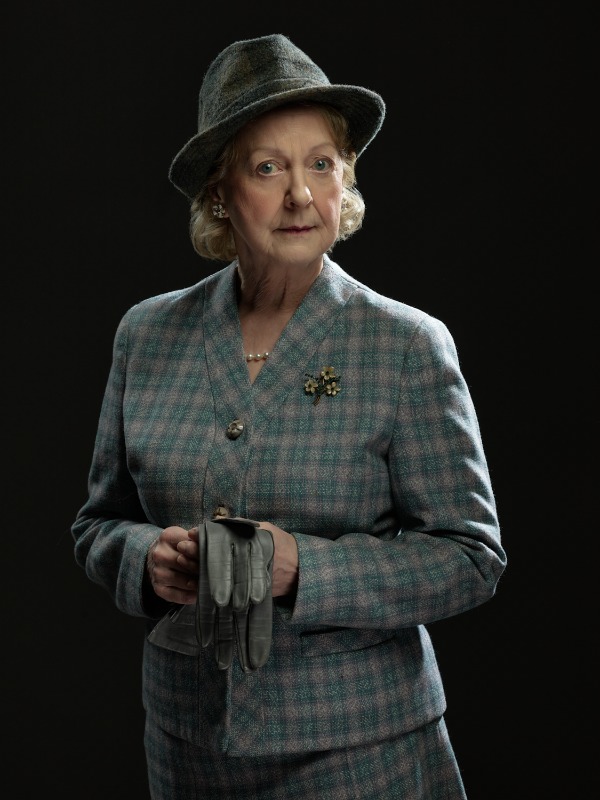 Yes, since the 1960s when I saw Margaret Rutherford playing her. That character performance immediately drew you in. I loved her also in other films. I know she’s not fashionable now but I absolutely loved her and thought that’s what I want to do with my life - to tell stories and be part of mysteries because every play is a mystery, isn’t it? You don’t know what’s going to happen until the end. So yes, I’ve always wanted to play Miss Marple.

You played Margaret Rutherford in Murder Margaret and Me, a play about her relationship with Agatha Christie. Has playing an actress famous for playing Miss Marple influenced your approach to playing the spinster sleuth in The Mirror Crack’d?

Not really. This time as Philip Franks, who is directing said, ‘Susie this is your interpretation now, we’ve got to find your interpretation’. Miss Marple is from a certain period. Her boyfriend, whom she talks about, was in the First World War, so she goes back quite a long way. My mum was born in 1917, and she and her friends were, you know, ‘good eggs’. They had a certain turn of phrase. So I met some quite useful people growing up.

How difficult is putting your stamp on a character so familiar through the many actors who have played her on stage and screen?

Going back to the books helps. At the moment I’m re-reading Pocketful of Rye and there are some very good descriptions of her in there. If I go back to that rather than watching other people playing her to find out what makes her tick.

What’s your impression of Miss Marple?

She’s fascinated by people, she’s obsessed with finding out the truth and she will go on nitpicking until she gets it. She hates evil and injustice, and she hunts it down. She’s relentless in her pursuit of the truth and will go on digging away and digging away. Rachel Wagstaff has written a very good script and she’s made Miss Marple a much clearer character - someone who wants to find out the truth. Not in an unkind way but she will go on at somebody, go on delving until she gets what she wants. 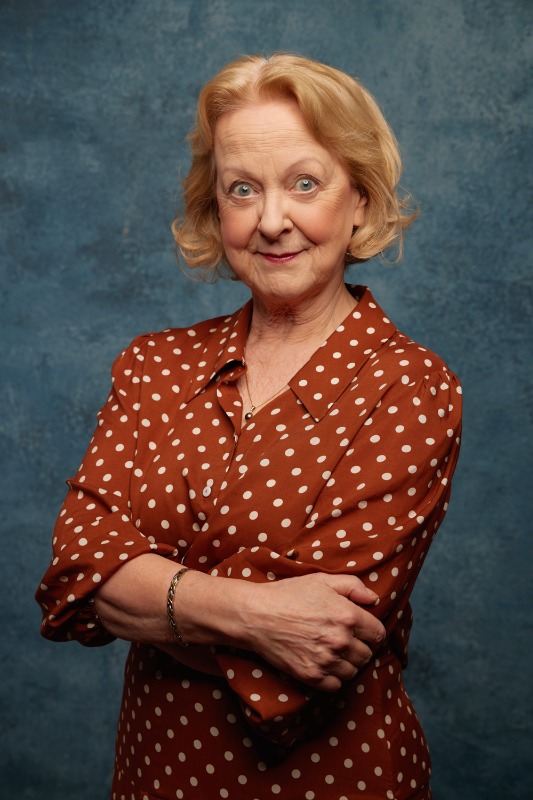 You also have to walk on crutches Miss Marple for much of The Mirror Crack’d..

She’s sprained her ankle but in this production I won’t be in a wheelchair. I’ll be on crutches which I have to learn how to use. I was watching someone on crutches the other day and he was very definitely using them to balance but not limping. I must try not to limp because at my age that could be disastrous.

Have you worked with anyone on the production before?

Yes, the director Philip Franks. He loves actors and I think we’ll be very confident and sure of ourselves before putting anything in front of the public.

How do you think Miss Marple compares to Agatha Christie’s other great detective Hercule Poirot?

They are so different. They both have the same interrogating mind but her methods are very much to do with the fact that she’s a little old lady. She gets chatting to people and shows her vulnerability, all the better to hook into what she needs to know. It’s the knife edge quality of her mind whereas Poirot never shows any weakness. She, on the other hand, will knock on someone’s door and say, ‘ooh I feel a bit faint can I sit down?’

How does this adaptation differ from previous ones?
I definitely think this one stands alone. You could take it to a country that’s never heard of her – although, of course, there isn’t a country that hasn’t heard of her- and it would work. There are names in it that are slightly different from the book. So aficionados might nitpick about slight changes that have been made to make it into a very good play. 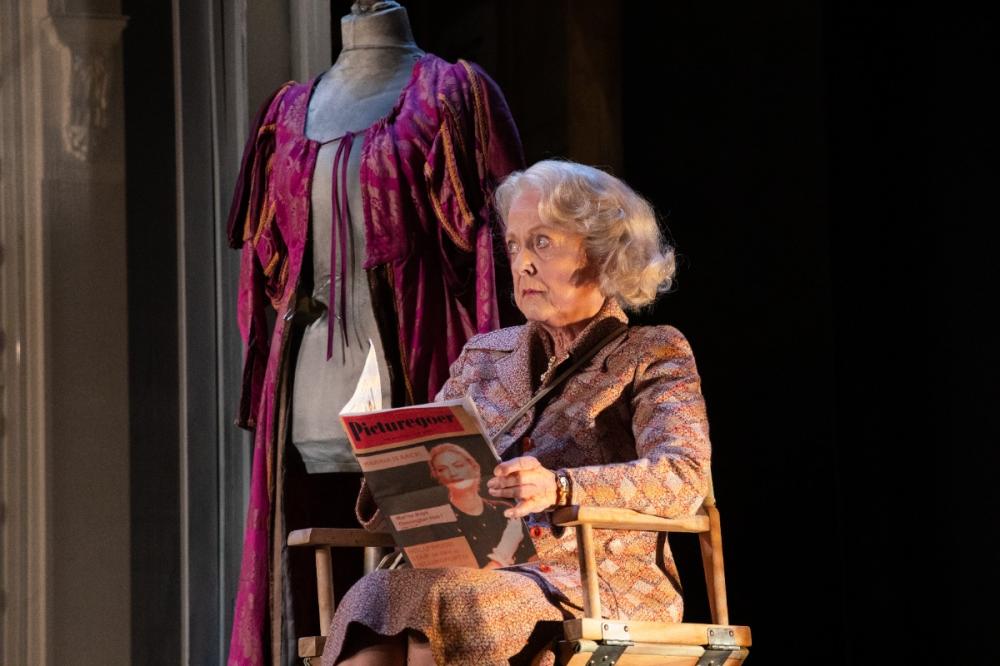 I am. My mum was a great reader of mystery books. She loved Ngaio Marsh and stories featuring a sleuth called Albert Campion. There are so many books you read that don’t seem to be thrillers but every book is a mystery. You don’t know what happens until the end. Will so-and-so fall in love with so-and- so, will such-and-such a thing happen, or will they get the job or meet the person they’re supposed to meet. Everything we see on television is a kind of a mystery. I’m absolutely loving re-reading the Agatha Christies. The people are so clearly drawn. Reading them all together like I’m doing you think: these are a multitude of people that she has observed. Agatha Christie is a Miss Marple herself in order to work these intricate stories through.

You recently said ‘I was never going to be cast on the way I look but now I can be cast as an oldie’ – have the roles got more interesting as you’ve got older?

Yes, I think they have - and I’ve probably got better too. I’ve never wanted to be a frontliner or a film star. That was never on the cards. It’s only when you look back that you think, ‘I’ve been busy in my career’. Splendid looks can be quite difficult when you have to do the changeover to middle age. For me, it’s gone seamlessly from girl next door to wives and mothers to grandmothers.

Well, the late Queen is always good, isn’t she? And I’ve done her in Handbagged. That was fabulous, I really enjoyed that and there’s quite a bit of humour in that one as well. It’s definitely better than it was for old ladies because there’s more writing for them with more women writing. I’m happy as long as we get a good shot at the good parts. 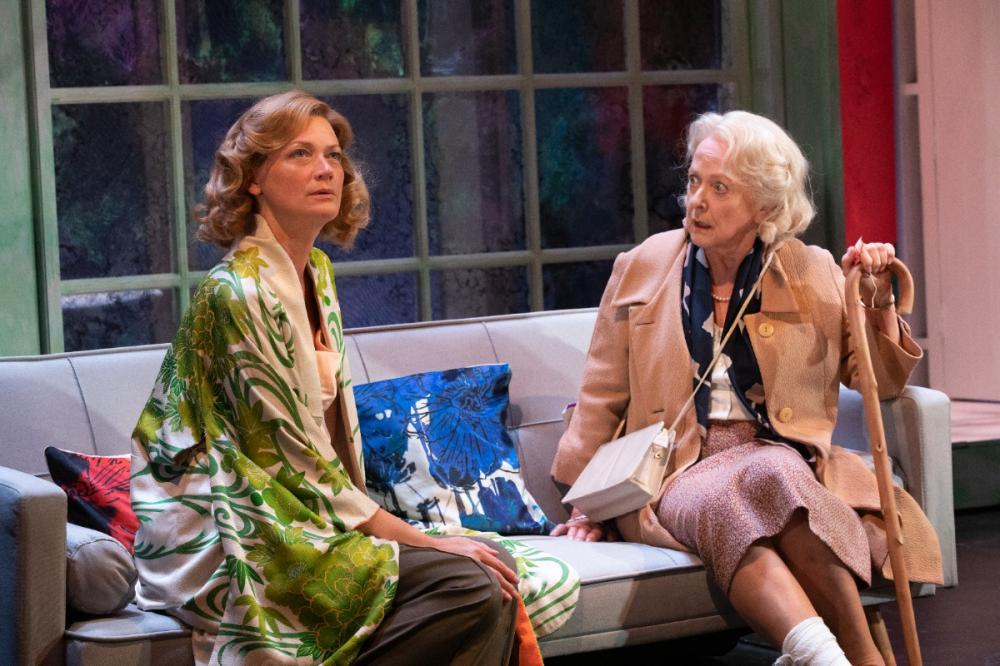 Sophie Ward and Susie Blake Production images: Ali Wright
What do people recognise you for?

Any thoughts on future work?

I’d love to be the next Miss Marple on telly. Wouldn’t that be nice?

Are you looking forward to touring?

I’ve got better at touring. A good friend helps me find the digs, which are always a problem. Someone once said ‘You’re not paying me for the performance because I love my job. You’re paying me for the travelling’. Travelling is a bore but I love visiting towns. I take my sketch book with me and make sure I do something to do with the town. Last week I was on tour in Stoke and visited a pottery where I bought lots of china. This week, in St Helen’s, I’m going to see the Gormley statues on the beach. I try to do something in every town that’s relevant to the town. I’ll do a sketch of something as well. That way you get a good memory of it.