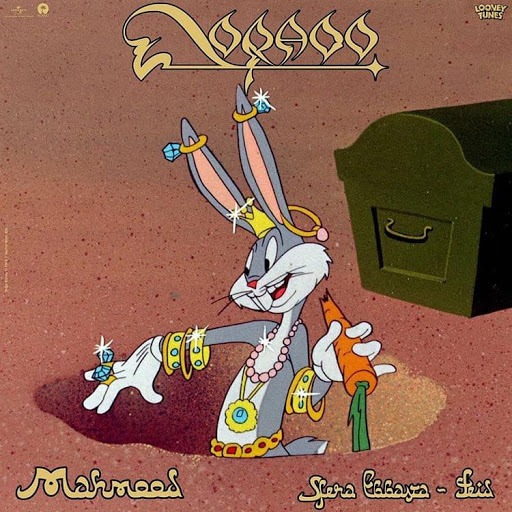 How are we already nearly halfway through July? 2020 may have been spent mostly away from social interaction, but the tumultuous ride that we have all endured has meant that time has simply drifted by. One of the real highlights of the period has been the stunning musical output that we have been able to immerse ourselves in. This week is no different as our singles rundown demonstrates...

The moment a Mahmood track starts, you know it is Mahmood. Dorado is no exception. Having teamed up with Sfera Ebbasta and Feid for this glitchy musical trip, Mahmood once again delivers another winning single. Press repeat and shake those shoulders.

RELEASE(R) have done an amazing job of their Richard Marx cover. Not only does it maintain the distinctive 80s bite, but it has a little more character than the original. This is bloody good.

Jaz Coleman has teamed up with Ondrej Smeykal to form Black & Red. To tease the project they have released the rather striking On The Day The Earth Went Mad. Almost impossible to pin down the root cause in today's crazy world, this is a marching myriad of ideas.

Slovakia's Queer Jane are finally taking their sound to the international stage. Having steadily built their reputation on the local scene, they are more than ready for arenas the world over. Gerard Love is a faultless indie bop.

Hannah Grace is rapidly becoming one of our favourite break-out acts. With her debut album due later this year, she releases this truly lush collaboration with Amber Run's Joshua Keogh. Get ready for the tingles. 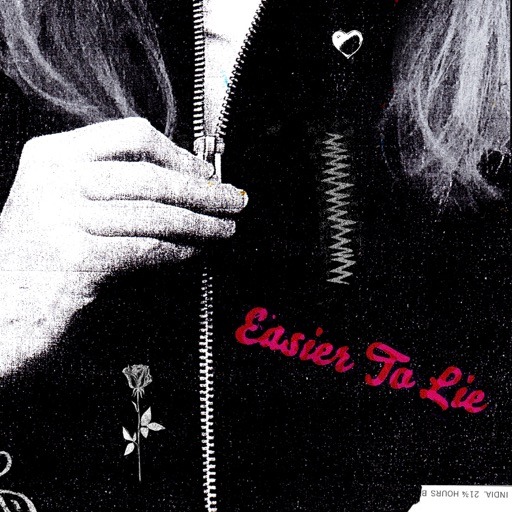 Luke Wild is the son of a pastor and a teenage skateboard addict, now aged 24 he is chasing his DIY music dream. Atlanta raised, his sound has soul and a rock edge, with a real raw feel. Easier To Lie is strong.

Mo_Ve is the new musical alter ego of Olga Move, who is currently best connected to the Jazz scene. Sexy Talk sees a move into electro driven pop. This channels JT circa FutureSex/LoveSounds but needs a bit more fight.

With the press release citing Björk as a comparative, it is easy to see why this has been suggested - but there is also a little bit of early Sarah McLachlan and mid-period Fiona Apple thrown into the mix on the striking Voices.

Championed by Quincy Jones and Anderson Paak, Duckwrth's new single Find A Way has summer written all over it. From the hypnotic opener to the hooky verses, Find A Way will easily find its way into the mainstream consciousness.

Two Bird Stone ft. Sarah Siskind and Kenny Vaughn - When Somebody Can See Your Soul Rating: 3/5

Two Bird Stone have something special about their folk-pop sound, and there is no denying that their upcoming studio album will be something special. Their latest single sounds like early Train slowed down. It is pretty but it leaves you wanting a little something more.

If more recent Vanessa Paradis teamed with Zero 7, the sound may be something similar to the dreamy The Garden. Papooz have something of Air about them, but simultaneously land between the previously mentioned at the same time. Not bad.

Owen Barney - Thank Her For That Rating: 4/5

Country sure does deliver some amazing summer anthems. Born out of heartbreak, Owen Barney's new single Thank Her For That is a surprisingly upbeat and positive thinking bop.

Northern Ireland's Michael-James boasts a strong and distinctive folk vocal, and the layered approach to new single Solicitous has a feel of early Damien Rice. Neither are bad things. Solicitous just needs a little more direction and individuality to really shine. There is no doubt that Michael-James has the talent to though.

Phantom Isle are a London based new wave outfit who are determined to make your body move with their addictive beats. MAR V is a very danceable number, but the vocal delivery is just a little grating at times.

Hamburg based duo shi offline are formed of Russian born Alisa Tsybina on vocals and German writer Gordian Gleiss and if debut single, God Is A Witch, is anything to judge by, they are about to break out of the Hamburg scene and take their trippy beats and haunting vocals to international acclaim. Hypnotisingly compelling.

The Beauty of Gemina - Apologise Rating: 4/5

Michael Sele has a voice that is Leonard Cohen-esque, while his band The Beauty of Gemina have evolved from a Gothic rock origin into a lighter, breezier almost acoustic rock breeze. Apologise is an upbeat, summery earworm that impressively deals with human dilemma.

The Trusted - The Innocent Rating: 5/5

This came so close to being our single of the week. The Trusted deliver your new favourite indie bop. The Innocent is an addictive listen. Press play and fall in love with the Southend-on-Sea boys. 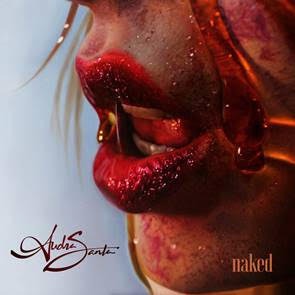 Canada's Audra Santa has been seen as something of a controversial artist due to the provocative nature of her work. That doesn't diminish in any way it's strength and appeal. Naked is Portishead with a contemporary pull.

For some strange reason Hailey Whitters is not the biggest female name in the Country music scene. Her releases to date have all been steeped in the trad sound with a unique contemporary twist. Janice At The Hotel Bar is no exception to this rule.

The Lockdown song should have it's own Now collection this year! While we may have all been restricted in many ways, artistic output has had no limits. The results have been mixed, but ZAY's new single The First Thing I'll Do is amongst the sweetest of the lockdown recordings. Very pretty.

Ronan Keating has teamed up with former Nashville star Clare Bowen for the latest single from his forthcoming album Twenty Twenty. It has a lush Country beat and their voices compliment each other perfectly together. Expect this to be all over the radio for years to come.

Mellah's music video for Habit is one of the best we have seen in a very long time. But Habit is much more than a great music video, it is a killer track. It hooks you in and you just can't get it out of your head after you hear it. And the fact Mellah has a real soul in his voice just adds extra depth. 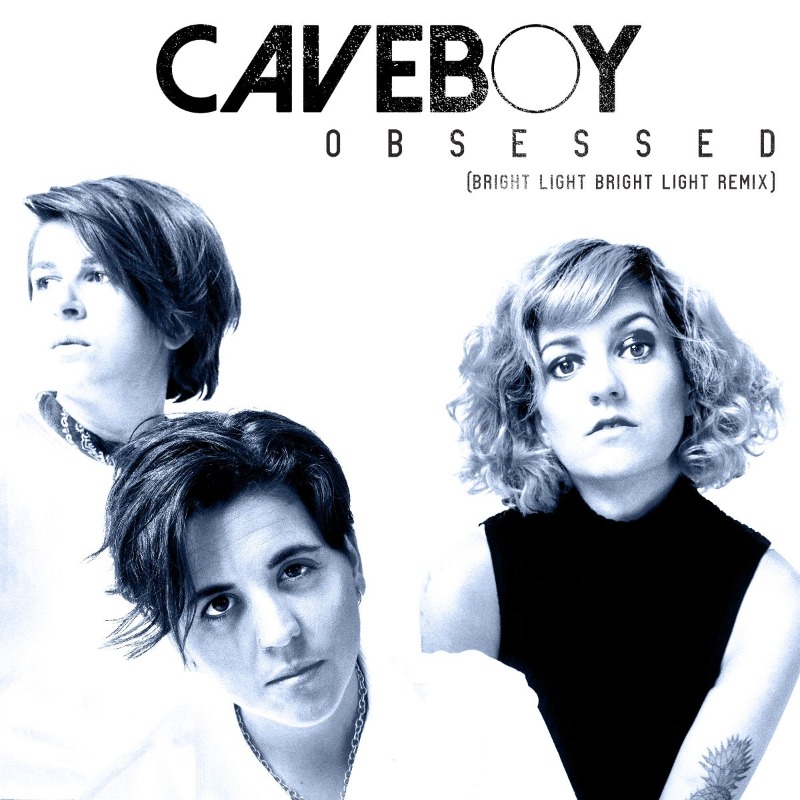 Imagine HAIM collaborating with MUNA and you would land at Caveboy. With their anthem Obsessed remixed by the always awesome Bright Light Bright Light, they have delivered a real dance floor delight. Get ready to move your body.

Here at Chimeo we are huge fans of The Rising. This week they return with the very radio friendly I Want You. With echoes of mid-90s Faith Hill, this is a fun Country Pop song. Radio friendly but not their most original moment - it has still got stuck in our heads though.

Catalonia's Buhos has teamed up with former Eurovision entrant Miki Núñez, Suu and Lildami for this summery explosion. An upbeat, feel-good anthem, this is best played loud.

Of Monsters and Men - Circles Rating: 4/5

Iceland's musical giants Of Monsters and Men appeared on Ellen the other week to remotely deliver a rendition of Post Malone's Circles. It was so impressive that the response has prompted a release of the track as a single. 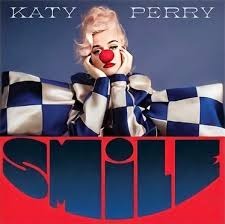 A great pop song can take one a challenging subject such as depression and deliver it in a way that moves you to a happier place. Smile does just that. This is classic Katy Perry.

Jacob Collier's Djesse Volume 3 is shaping up to be his most interesting release today. He Won't Hold You is sparse, yet textured, emotional yet restrained. These contrasts make it shine.