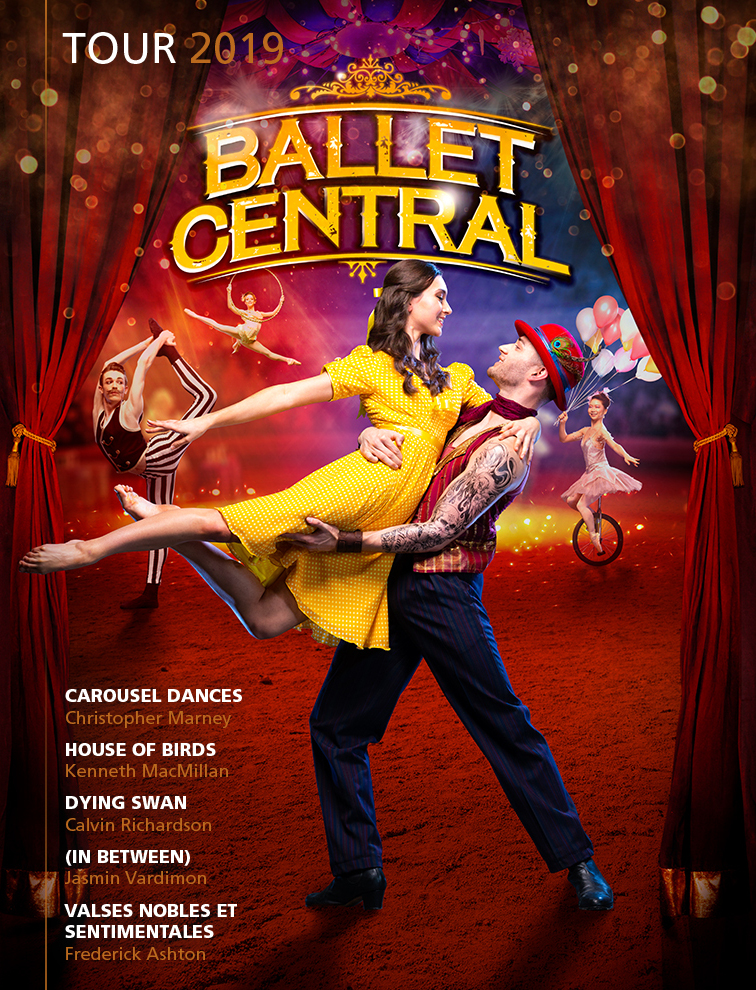 Much dance performance is rarely literal, interpretation invariably being left to the beholder and, even then, six people will give you six versions of what they think they have just seen!

In presenting the company’s newly emerging talent, Ballet Central – the touring company of London’s Central School and on tour across the UK until July 20th - was able to reveal its wares to Yorkshire audiences at the Stanley & Audrey Burton Theatre in Leeds.

And it was refreshing to see a nice balance between the intriguing, thoughtful and obvious.

Obvious is good, it allows the brain to rest and for those who love Rodgers & Hammerstein, they were able to sit back and enjoy Christopher Marney’s colourful and theatrical take on the dream sequence from Carousel.

It was first made famous by Gordon MacRae and Shirley Jones but Marney gave us his own fresh presentation of this hugely popular musical snippet, as students abandoned the intensity of earlier pieces to throw themselves wholeheartedly into this enjoyable and very theatrical finale which, clearly, they loved performing.

Alexander Fadayiro is a young man to watch. This time it was his turn to perform Calvin Richardson’s piece, Dying Swan, set to music from Carnival of the Animals by Camille Saint-Saens’. His sheer physicality is to be admired and I feel sure it won’t be long before he is picked up by one of the major companies.

There was a lot of talent on the stage and, as many join the ranks of the professionals, they will be taken to an even higher level of performance.
This was about giving them a professional stage, a professional setting and an audience that was a fine balance between sympathetic, empathetic and suitably critical.


Also by Phil Hopkins...
Meat Loaf Feast Leaves Bad TasteSondheim Would Be Smiling On LeedsFarewell Mr Bond – Your Time Is UpSensitive, Hilarious & Emotional – Poet’s Take On DementiaNewbies Give Joseph Fresh Impetus
It was an evening of storytelling and drama as well as ballet technique.
Kenneth MacMillan provided the thoughtful with his House of Birds and Olivia Boyd as one of The Lovers, must be preparing to step into Pippa Moore’s pointe shoes at Northern Ballet! She was ably supported by partner Joseph Beretta and Nell Maude as the Bird Woman.

This was an evening of comparative ‘shorts’, but, taken together, it was also an evening of compelling entertainment and was proof, once more, that the world still revolves, even when the Royal Ballet School is not in town!