Review: The Phantom Of The Open 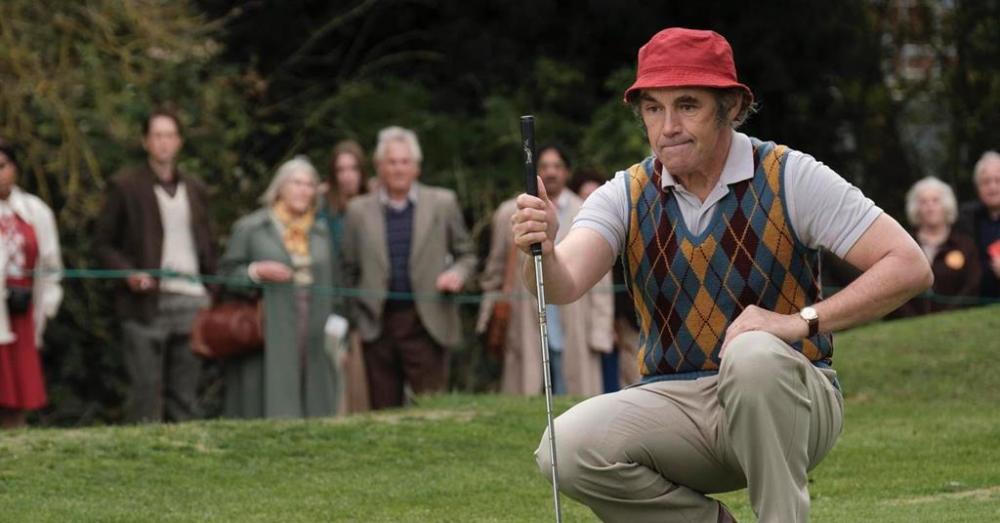 If film has shown us anything about sport, it’s that you don’t even have to be a fan of it to get something out of a really good - often remarkably true - story from that field (so to speak).

The likes of The Damned United, Moneyball and Fighting with My Family, all stand as evidence of exceptional dramas, which craft a sports story so rich and compelling, even haters of said sport will be engrossed, and as sports go, they perhaps don’t get any more divisive than golf.

Yet golf has inspired some excellent films, as diverse as Tin Cup and Happy Gilmore but Craig Roberts’ comedy/drama The Phantom of the Open just might be the greatest yet, and will surely leave 2022 as the warmest film of the year.

The film tells the crazy true story of Maurice Flitcroft (Mark Rylance), a Barrow-in-Furness crane operator who pursued his dream of being a golfer, and ended up in the qualifiers for the prestigious British Open in 1976, where he made headlines for his infamous performance but became a folk hero in the process.

It is so very rare nowadays, not just in sports films, but in any films at all, particularly those based on truth, to see a story told that celebrates purity of the spirit, human decency and just all round nice people. There almost seems to be an unwritten rule that only the bad ‘uns make for a good story but this film, based on biography ‘The Phantom of the Open: Maurice Flitcroft, The World's Worst Golfer’ by Simon Farnaby and Scott Murray, proves otherwise.

Much like the Paddington films, this is a slice of feel good British cinema that celebrates rather than hides its heart and its direct appeal to us working class people, and our dreams.

The Phantom of the Open is a crowd pleasing, funny and poignant true story that celebrates decency and heart, as well as effort and eccentricity.

Despite the nature of this tale’s realities potentially equating to tragedy in some way, Flitcroft’s character and story is that of such happiness, charisma and joy, that this film cannot do anything but move you and make you smile from start to finish.

It is indeed good sometimes to be reminded of the triumphs of humanity, and Simon Farnaby’s screenplay never lets you forget those triumphs. This golfing tale has celebration, sadness, laughter, tears and just an infectious sense of optimism and passion, and its central figure stands as a resilient reminder that we all have dreams and loves, and there is nothing wrong, no matter what people say, with them or following them.

The Phantom of the Open is a crowd pleasing, funny and poignant true story that celebrates decency and heart, as well as effort and eccentricity. A lovely tale, beautifully told, with a sparkle in its eye, hope in its heart and a dream blooming large in its head.

Isobel Waller-Bridge’s score is a sweet as Kit Fraser’s cinematography is magical, as both find something rather special in the everyman and their lives. As does director Roberts, who allows what is a wild story, just as much time to grow off the grass, as on it, with the family life being a core of this moving picture.

Mark Rylance is phenomenal at the head of a splendid cast. As his eyes are full of hope and love and he gives true testament, in an incredible performance, to an inspiring unsung hero in Flitcroft, whose story is very cinematic indeed. While Sally Hawkins as his supportive and loving wife Jean, is equally memorable and rousing. Their story together, and the family they have created, is the real victory here and it is utterly captivating to see it celebrated so enthusiastically.

The Phantom of the Open is precisely the kind of reminder we all need that this life is not all dreadful. I know next to nothing about golf but this outing was a hole in one, and a night at the cinema to cherish. Bravo.