Review: The Devil And The Dark Water By Stuart Turton 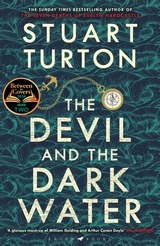 One of the many reasons why Greek Tragedy is time transcendent is that it is thematically all-consuming and therefore highly serviceable: a Sophocles play need not depend on a performance that remains scrupulously faithful to its Athenian context because the simplicity of Tragic form – dealing with revenge, remorse, guilt and love - carries a gravitas and weight that speak to all succeeding generations. Paying due respect to the relativity of cultural nuance, the meaning of Tragedy will sustain, regardless of the time or place in which its consequences unfold. Humanity is bound to the condition of the Tragic as surely as Ixion to his Wheel.

So too for Shakespeare: if we don’t choose to overhaul his texts drastically, then we routinely decontextualise them in performance, frequently changing modes of dress, props and scenery to give a greater relevance or topicality to interpretation. And crucially, they still work: Ian McKellen’s energetic filmic portrayal of Richard III transferred the action to a mid twentieth century Fascist state, with the actor in the role of less than benevolent dictator, whilst Jean Anouilh’s take on Sophocles’ Antigone found a perfect metaphor for the struggle between power, order and domestic loyalty in the subjugation of France by the Third Reich.

And in his fabulous new novel of the early Imperial Netherlands, which is set against the backdrop of a Seventeenth Century maritime trade route, Stuart Turton would surely have failed if he’d used a verisimilitude of contemporary vernaculars in translation. He could have adopted William Golding’s approach in Rites of Passage, where a studied approximation to the language of an earlier era is utilised to clever, if arid, effect. But in The Devil and the Dark Water, the racking up of the plot and characterisation are key, and Turton has chosen to subordinate the linguistic locators of seafaring demotic to a recognisably modern, conversational style which yields, at every turn, to atmosphere, foreboding and dread. The building of tension in this linear narrative of a journey between the fictional outpost of Batavia – a sweaty colony somewhere in the Dutch East Indies – and Amsterdam is astonishingly persuasive; a language distinguished only by stark class division reinforces the immediacy of the drama, allows the structure to breathe. In places brutal, at other times eloquent, that language enhances rather than undermines a convincing depiction of a claustrophobic sea odyssey.

Turton maintains narrative distance in the third-person and lets the dialogue, of which there is much, rip. And what it may lack in period authenticity it makes up for in verve, wit and earnest humanity, whether employed in seafaring jargon, to delineate a conversation between an officer and a deck-scrubber, or to describe the stinking recesses of a latrine on the ship’s Beakhead. Turton’s research, like Golding and Patrick O’Brian before him, is extensive: the weight of the Saardam’s framework bears down on its occupants; it is both womb and coffin lid and its purlieus, nooks and crannies add layers of creepy suggestion to concealment in the ship’s dark bilges. The ‘lay’ reader learns from Turton’s description: the Poop, Orlop and Waist of the Saardam’s superstructure make up the furniture of our imagining, and we are privy to a microcosm of the ship’s architecture in the figure of Lia’s scale model, built to facilitate the hunt for the devil, or human masquerading as a devil, in the novel’s central conceit.

And it is Arent Hayes, the burly, intelligent Lieutenant, whose role it is to assist the incarcerated Sammy Pipps in the latter’s brilliant, forensic quest to find and destroy the demon on board the Saardam, that we may thank for a profoundly convenient rendering of the story’s salient themes. In a neat recapitulative device late on in the novel, Turton relays the plot’s circumlocutions rather in the manner of the Reduced Shakespeare Company, providing a handy synopsis for the absent-minded reader, and gorm for the benighted critic:

‘”Vos may, or may not, have been Old Tom, a demon which may, or may not, exist. If it does exist, it was summoned by my uncle – a man I loved once, but who now seems to be a vindictive, callous, murdering bastard. Vos has treasure stolen from a family Old Tom destroyed nearly thirty years ago; my newest friend butchered an island full of people; and we’re a solitary, unholy miracle away from everybody being slaughtered, according to the prophecies of a murdered predikant. Worst of all, the only man who could a hammer a beam to this mess is locked away in the dark under false accusation from my grandfather, and there’s not a damn thing I can do to help him.” 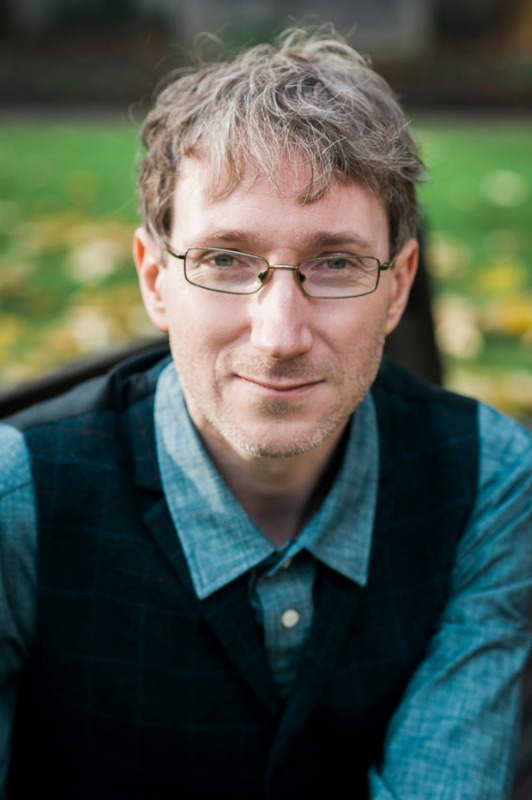 Stuart Turton
The demands of what looks very like Tragic Necessity, heaping death upon murder and storm upon mayhem, drive Turton’s story to the brink of madness and controlled implosion. Which is surely the point. The individual figures who make up a picaresque and colourful dramatis personae are conjoined at the metaphorical hip for the duration of an increasingly febrile, ill-tempered and perilous journey. The opportunity for survival is reliant on the good offices of the ship, and the negotiable goodwill of its hierarchy, from the Governor General of Batavia, returning home with a priceless navigational aid ironically named ‘The Folly’, to the sartorial dandy, Captain Crauwels, to the brutal Boatswain Johannes Wyck to the dwarf, Isaack Larme, whose influence with an unpredictably violent and venal crew belies his physical limitation.

Turton is adept at constructing an equipage of good manners and propriety whose underlying structure is severely compromised at point of straitening. The observation of a species of distinction – crew from passengers; the dignity of Sara, the Governor’s brutalized wife, Creesjie, the flighty ingénue, and Lia, the brilliant teenager, from the debased cabin-fever of the male gaze – is levelled in the bilges of unfolding events. Not least in the apparently all-seeing eye of Old Tom, a devil whose presence shadows the staccato progress of the ship, and whose intention seems to be to destroy everyone on board. ‘Invited’ aboard by Jan Hahn, the Governor, in fulfilment of the obligations of an old Faustian pact, Tom’s appearances, beyond the consequential evidence of horrific carnage, are genuinely creepy abstractions: spectral lights from an ‘Eighth Lantern’ whose provenance is unknown, bathe cabins in eerie red, betokening the mayhem that will follow.

Turton’s drawing of character is as cleverly ambiguous, and as persuasively double-handed, as the tension between religious credulity and the forensic, diagnostic intelligence of Sammy Pipps’ assurances: Jan Hahn is one part misogynist tyrant, one part protector; the gentle giant Arent Hayes, upon whom the narrative hangs, is capable of extreme violence, and acts of selfless loyalty; and Sara Wessel is transformed by her experience as the apparel of veneer unravels:

‘Three weeks ago, she’d boarded the Saardam with her husband, hidden so deeply under layers of etiquette and hatred that she’s almost forgotten who she was’.


Also by Steve Whitaker...
Poem Of The Week: ‘All The Pubs Where We Used To Meet Are Sinking’ By Carole Bromley'These Are The Hands' : Many Different Kinds Of Love By Michael RosenPoem Of The Week: 'Going Blind' By Rainer Maria Rilke (1875-1926)Poem Of The Week: 'All' By Alison BrackenburyPoem Of The Week: 'In The Attic' By Andrew Motion
The darker side of character emerges as the veneer of civilisation is tested to destruction, and Turton plays the ravening fear card to great effect – the ear-worm Mephistopheles offering riches beyond compare for the selling of souls to murderous intent, the testing of mental resistance, in a profoundly superstitious time, by the ubiquitous appearance of the devil’s mark.

When the denouement arrives, as the Saardam is wrecked on the death-sharpened promontories of an island, we hear resonances of Golding again: in the fracturing of a kind of moral order into venality, secession, mutiny, the voice of reason and loyalty is assumed by Arent Hayes and his band of ‘innocents’ and instinctive survivors. And it is here that criminal truths about otherwise ‘reliable’ characters emerge, in a crossing and counter-crossing of accusation whose culminating casualty is the religious zealotry by which many have hitherto been spellbound. Human agency, sleight of hand, and ingenuity are the final arbiters, as astonishingly complex explanations banjax the reader with mistaken identities and unexpected culpabilities. And if his finale wraps The Devil and the Dark Water in a not entirely convincing blanket of resolution and concord, it is of little moment: the reader has already been wildly entertained by Stuart Turton’s pyrotechnic gift for storytelling and plot.


The Devil and the Dark Water is published by Raven Books.