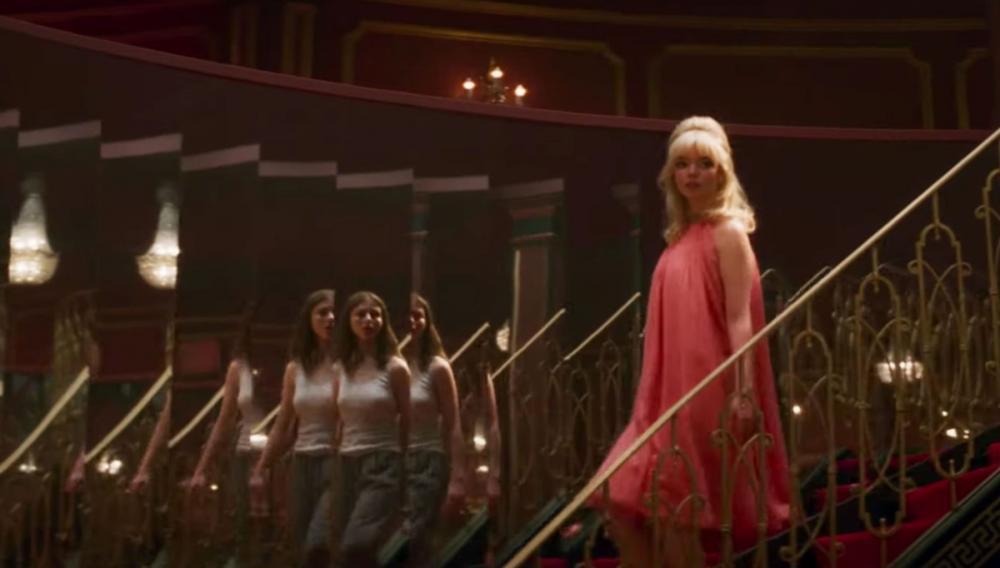 I expected to enjoy writer/director Edgar Wright's Last Night in Soho, but never expected it to be my film of 2021. Then again, you never quite know what you are getting from the ingenious mind behind Shaun of the Dead, Hot Fuzz and Baby Driver…to name a few.

Last Night in Soho stars Thomasin McKenzie (Jojo Rabbit) as young Eloise “Ellie” Turner, whose love of the swinging sixties has further inspired her dream of becoming a fashion designer. And as she heads to London to university, this timid but creative young lady has every chance to pursue her dream.

However, Ellie is still troubled by the ghosts of the past and when she gets to London, things get more and more intense, as Ellie starts seeing visions of a young woman (Anya Taylor-Joy) in ‘60s Soho, whose initially fabulous and inspiring story turns very dark indeed. Ellie is forced to ask, are these visions memories of someone else’s life, or is the mounting psychological pressure blurring the lines of fact and fiction beyond comprehension?

Wright’s film is a giallo-infused stylish slice of horror, which draws its many terrors from the theatre of the mind, the instability of the human condition and the shadowy backstages of our reality. It at once feels nostalgic and contemporary, initially awash in an adoring awe for the '60s, this London-set thrill ride rips away the sparkle of that time like fancy wallpaper and reveals the human rot that set in behind the spectacle, equally making strong points about our current age in the process.

At every turn you are reminded that what you are experiencing is an absolute mind-fracturing masterwork from an always exciting and immaculate filmmaker. At points divisive for sure, this is an artistic and challenging film about many different emotional and psychological complexities, and Wright’s direction, just like his and co-writer Krysty Wilson-Cairns’ screenplay is incredible, bold and often very original in making its important points.

Chung-hoon Chung’s immaculate cinematography further enlivens already exceptional and distinctive production design and costume work. While Steven Price’s escalating score is pitch perfect and inter-cut by some superbly selected pieces of largely (but not entirely) ’60s pop. All of which combines as a sparkling overcoat to a film that is aesthetically bedazzling but it is never over taken by audio-visual pizzazz, its story and characters remain its core strength.

A reflective narrative descent into madness, led by an incredible performance by Thomasin McKenzie, this film does not have a weak actor on show. As the simply sublime supporting cast denote, Anya Taylor-Joy does some of her best work, Michael Ajao is the strong human heart of the film, Matt Smith goes to a place you never expected, Terence Stamp is wonderfully darkly mysterious and - in my opinion - you have an Oscar worthy performance by the late great Diana Rigg in what is her final film performance. Soho is also the final film role of Carry On and Goldfinger star Margaret Nolan, who portrays a barmaid in the film.

Wright’s film is about so many important themes looking back in time and forward from our own complicated and tumultuous era but the less said the better because The Last Night in Soho is a discovery I urge you to make for yourself. A twisty, surprising, beautifully shot, and at times emotional shot of British cinema, from one of its biggest supporters.

Spellbinding, and if there is any justice a future classic in the making.