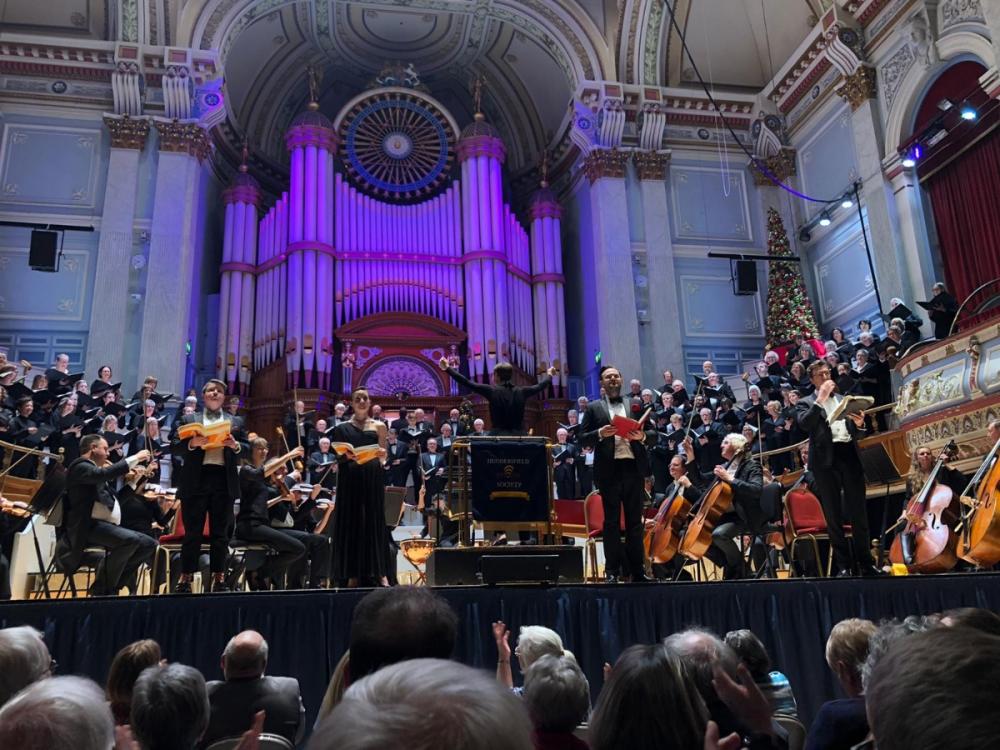 Image courtesy of Stephen Rattigan
There is comfort in continuity. That the Huddersfield Choral Society has performed Messiah every year, almost uninterrupted, since 1864 confers a kind of cohesive mystique on each successive outing. The rite that annually unfolds at Huddersfield’s Town Hall seems to morph by subtle accretion, and if the faces of the choristers must change over time, then the commitment to polish, to improve, to improvise where necessary, never wanes.

And in this sense it is fitting that the slow-burning fuse of the first half of Tuesday evening’s performance was only a prelude to the incendiary precocity in evidence after the interval. Aided, in no small measure, by a distinguished group of soloists, and an energetic and cheerful turn by renowned conductor, Ellie Slorach, both choir and the now near-resident Orchestra of Opera North, gave a highly serviceable rendering of Handel’s fully-armoured oratorio to a resoundingly uncritical audience.

Working in simpatico with the choir – Slorach is first and foremost a choral conductor – the orchestra’s tightness at moments of intense exposition was a joy to witness, not least in the mellifluous rhythmical underpinning of the strings to the ascending voices in For unto us a Child is born. If, here, the choir’s profoundly affecting vocal exchanges were harmonized to the point of symbiosis, then elsewhere we could thank the soloists for giving individuated authority to this narrative of Advent, Lent and the Day of Judgment in the recitatives. 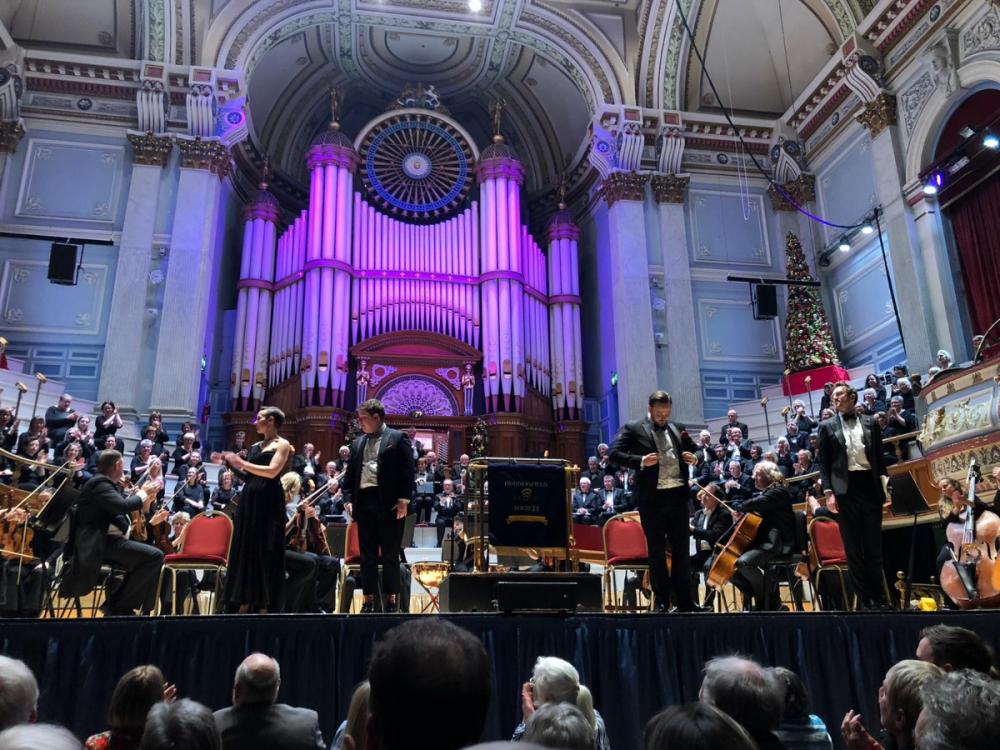 Image courtesy of Stephen Rattigan
And what a fulsome range: from the natural gravitas of the imposing figure of Dingle Yandell’s equally imposing bass, which scoped the auditorium like a searchlight, to Nick Pritchard’s richly embroidered tenor, you might think that diction was occasionally sacrificed on the altar of ornamentation, were you not heavily distracted by the raw power of the means of delivery. And you might be wrong. For the clear emotional investment of Ella Taylor’s cut-glass and vibrant soprano, and of Katie Bray’s subtle mezzo accounted for any cavil in winning performances that grew in stature and confidence as the oratorio progressed.

The finale to this Messiah was celebratory and lavishly unrestrained. Given great resonance by the reinforcing power of trumpet and tympani, the oceanic exchanges of solo voices and choir in full-throated anthemic harmony in Worthy is the Lamb were nothing short of magnificent. For once, the Hallelujah Chorus - that triumphal choral symbol to which we are all, in a sense, abandoned – receded, adding weight to the suspicion that each new re-telling of Messiah yields a uniqueness in the high drama of rendition.

Handel, one suspects, would have been mightily pleased.