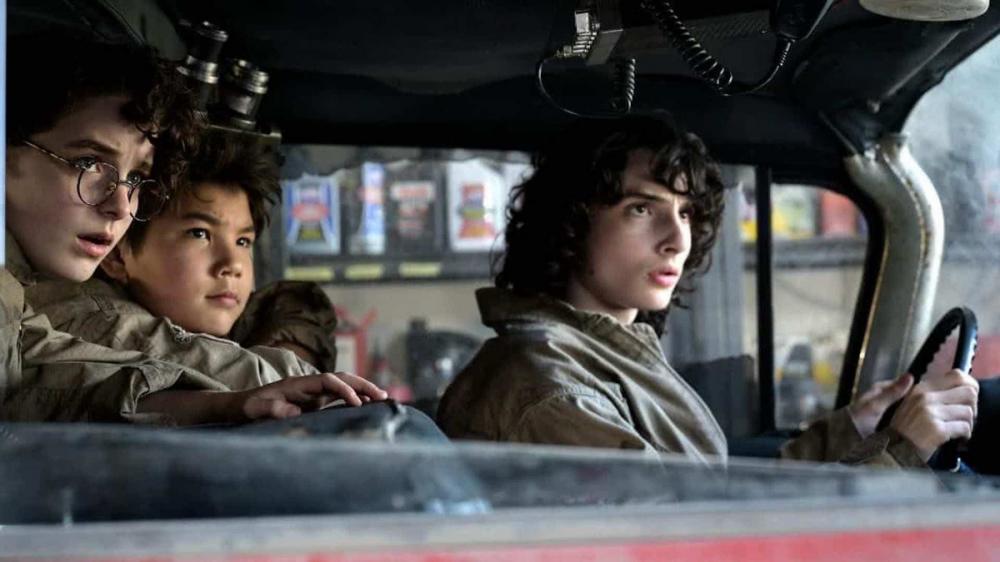 We have all waited a long time for 'Ghostbusters 3’. Hell, we have waited years for a worthwhile follow-up at all really.

After Something strange went on in the neighbourhood back in 1984, we could not resist wanting to see more from the ghoul-snatching gang, but director Ivan Reitman’s 1989 sequel to his own classic was - and remains - one of the most polarising movie sequels ever made. And as everyone waited for the inevitable part three, it just never arrived.

In fact, the nearest we got was an officially licensed video game back in 2009, and with the sad passing of writer/co-star Harold Ramis years later in 2014, an official film sequel was deemed nigh on impossible from that point on. Then came the highly debated and publicised 2016 reboot from Paul Feig, and it seemed even less likely that “Ghostbusters 3” would ever see the light of day.

That is, until we finally (after pandemic delays) arrived at the rusty car door of Ghostbusters: Afterlife, and it is quite a remarkable moment for fans on multiple fronts. Because we have here, not only a quasi-third film in the Ghostbusters story, but one that manages to finally be that sequel to the original that fans craved and deserved, and an expansion that also manages to do what the 2016 reboot didn’t, in leaving a fresh new legacy going forward for the Ghostbusters series.

Years after the events of second film, the Ghostbusters team eventually disbanded but Egon Spengler (Ramis) continued the fight against the dangerous dark entities from his new home in the remote city of Summerville, Oklahoma. This fight eventually costs him his life, leading to his estranged - and recently evicted - daughter Callie (Carrie Coon) and her kids Trevor (Finn Wolfhard) and the enigmatic Phoebe (McKenna Grace) coming to see what they have inherited, and will now call their home. But this dusty farm, just like their mysterious father/grandfather, holds many secrets, and young Phoebe soon finds a call that she has to answer! For both herself, and for the sake of mankind!

From director Jason (son of Ivan) Reitman, who also co-writes alongside Gil Kenan, Ghostbusters: Afterlife is made with such an undeniable love, and acts as a clear tribute to Harold Ramis and the films. Afterlife re-energises a faltering franchise, because this new film understands exactly why Ghostbusters is a cinematic creation that meant so much to so many.

Yes it may be unashamedly awash in nostalgia at times and some gags are very clunky but while the film lacks some of the original’s tack-sharp guffaws, Afterlife makes up for it in warm-hearted excitement.

Afterlife is a heck of a fun ride, with great special effects work (be it in the CGI or the moments of practical excellence), a superb Elmer Bernstein indebted score by Rob Simonsen and a cast - old and new - who beam to life together onscreen.

The young cast especially do a fantastic job, with McKenna Grace absolutely stealing the show with her lovably unique film presence, while the standout supporting turn comes in the shape of young Logan Kim, who is a hoot as her techie classmate Podcast!

There are a number of other faces who turn up (and a few glorious cameos to spot) to much joyous fanfare, and the film’s climax in particular rewards all those patient fans who dreamed for so long, and might just have given up, with an emotional, funny and sweet finale, which crosses the streams of nostalgia and the new, with splendid and heartwarming results.

No need to ask “who you gonna call” because this is one call that you will definitely be picking up and - much like a long conversation with a much loved friend you haven’t seen in years - you just won’t want to hang up! I really enjoyed Ghostbusters: Afterlife and hope there's more to come after this long overdue act of loving franchise resurrection.