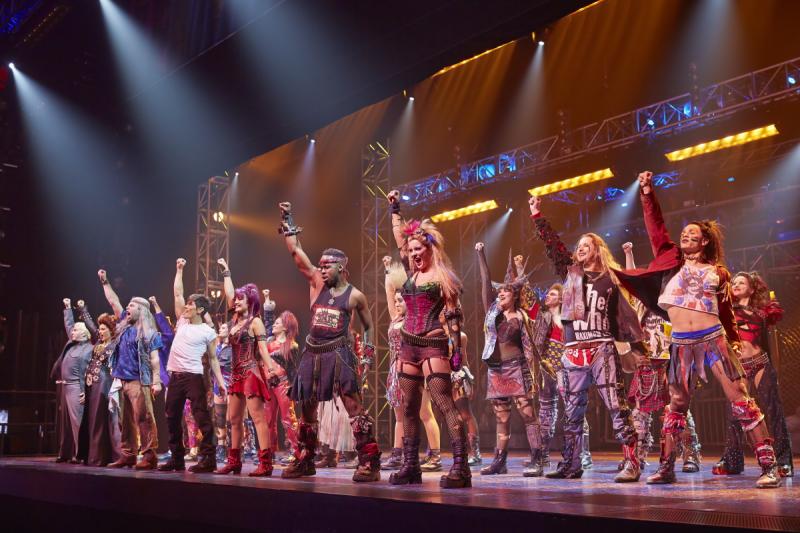 It was as if Freddie was there and that a grand miracle had been performed to bring the father of rock back to life for just one more performance.

I have heard all the hype about We Will Rock You but never seen this show, clearly ‘re-imagined’ since its first inception many moons ago….and I was not disappointed.

It tells the story of a sterile, dystopian society in which the Killer Queen – a half human half digital megalomaniac - rules supreme. Music is all but dead and a society of brainwashed imbeciles walk the planet in a state of myopic control. 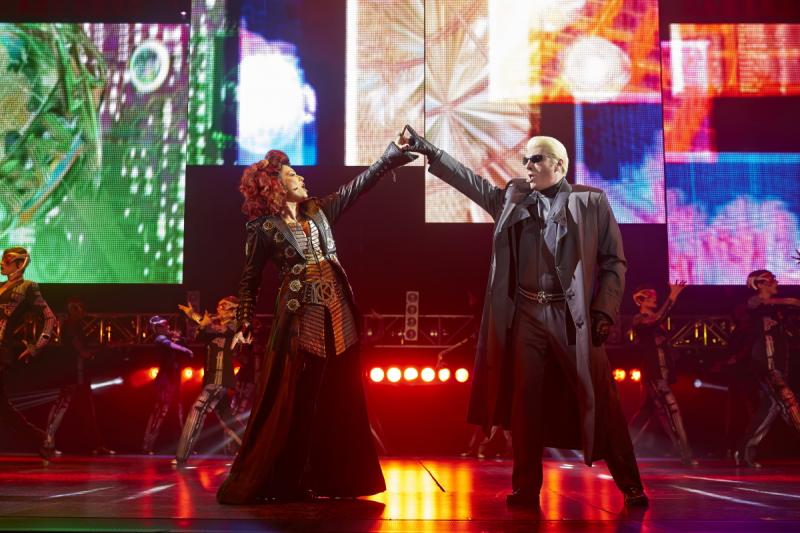 But Scaramouche and Galileo are two misfits eager to restore the natural order by taking on Globalsoft Corporation, and working with rebel Bohemians to once more ‘release the rock’.

This was a beautifully written script, clearly ‘re-imagined’ to include lots of up-to-the-moment references, and it was laced with humour and inuendo throughout, fed to the audience like a felinophile overdosing her loved one on cream.

But this is a show that would be stopped in its tracks but for the technical team and stunning leads.

Ian McIntosh as Galileo – with all the vocal challenges of Freddie Mercury – was superb as was Anna Davey as Scaramouche and Emily Olive Boyd as Killer Queen. Michael McKell as Buddy – the leader at rebel base, Hotel California, was a wonderful parody of Mick Jagger, providing copious amounts of sexually fuelled humour, and downright laughs.

The music is the real anchor holding this show together and it’s a score that allows fans to momentarily re-live the day when Freddie stood on the stage at Elland Road and strutted his stuff.

Technically there needed to be a little tightening up but overall – nit-picking to one side - if you love Queen you will LOVE this musical. If you don’t you will probably dismiss it as ‘too loud for me’ because loud it is! Wonderful!
Go on, get yourself to the Grand. Let your hair down…..if you still have any!

We Will Rock You
Leeds Grand Theatre
Until Saturday 23rd November


Also by Phil Hopkins...
Newbies Give Joseph Fresh ImpetusOverblown But Enjoyable - Spirit Of The DanceA Dignity That Outwitted The HolocaustTriumph Of Priestley’s Timeless Drama of ConscienceZombie Attack In Leeds (Playhouse!)