Poem Of The Week: 'The Urine Specimen' By Ted Kooser

In the clinic, a sun-bleached shell of stone
on the shore of the city, you enter
the last small chamber, a little closet
chastened with pearl, cool, white and glistening,
and over the chilly well of the toilet
you trickle your precious sum in a cup.
It’s as simple as that. But the heat
of this gold your body’s melted and poured out
into a form begins to enthrall you,
warming your hands with your flesh’s fevers
in a terrible way. It’s like holding
an organ – spleen or fatty pancreas,
a lobe from your foamy brain still steaming
with worry. You know that just outside
a nurse is waiting to cool it into a gel
and slice it into a microscopic slide
for the doctor, who in it will read your future,
wringing his hands. You lift the chalice and toast
the long life of your friend there in the mirror,
who wanly smiles, but does not drink to you. 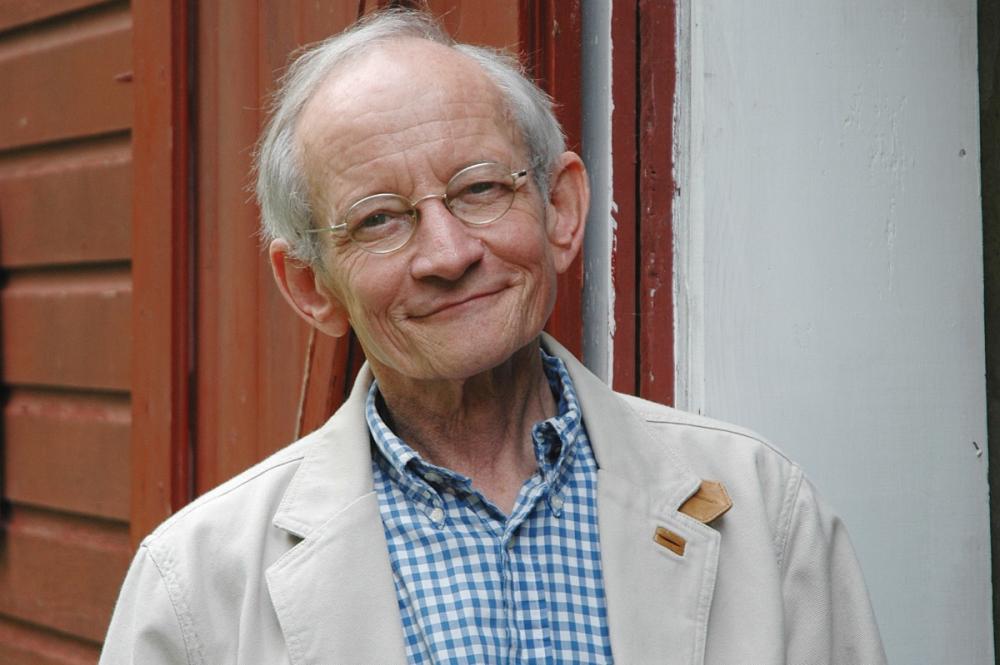 Ted Kooser
The second-person present tense of American poet, Ted Kooser’s, fine poem lends the authority of detachment to a sense of controlled anxiety, diminishes the narrator’s own complicity to a face in a mirror. For in the labyrinthine halls of the urban clinic, the drama that is about to unfold, stage by forensic stage, may be a prelude to unravelment.

Kooser’s depiction is cool, calculated: the blinding white of the pristine architecture invests the room with the solemnity of an anchorite’s cell or a mausoleum, where the visitant is cast in shadows, his physical presence subordinated to medical process, rendered immaterial by the somber weight of alliteration.

For even at the point of a change of key – the poem’s middle section foregrounds an energy which directly counterpoints the cool inertia of the opening – the specimen giver is reduced to a collection of thermally-connected biological impulses. And Here, Kooser’s consummate skill is brought to bear on the molten internal landscape of the body, which yields, alongside an efficiency of metaphor, an overheating of fear.


Also by Steve Whitaker...
Poem Of The Week: 'Vanitas Vanitatum' By John Webster (C. 1580 - C. 1632)‘Those Things We Do Not Say’ : All The Beautiful Liars By Sylvia PetterPoem Of The Week: 'Blood And Lead' By James FentonBitter Fruit Ripening: The Kilt Of Many Colours By David BleimanPoem Of The Week: 'Night Garden Of The Asylum' By Elizabeth Jennings
The doctor’s capacity for reading the runes in the microscopic slide makes of him a kind of seer – the hand-wringing, a measure of his inability to prevent the worst of possibilities. The ‘toast’, in the poem’s concluding lines, is bitterly sardonic; undermined, in the end, by the unknown and the frightening, the image in the mirror is a facsimile of the patient, who can only offer the propitiatory gesture of a wan smile, like the bringer of flowers in Larkin’s ‘The Building’.

‘The Urine Specimen’ is taken from One World At A Time and is published by The University of Pittsburgh Press.