Poem Of The Week: 'Night Rain' By Edward Lucie-Smith 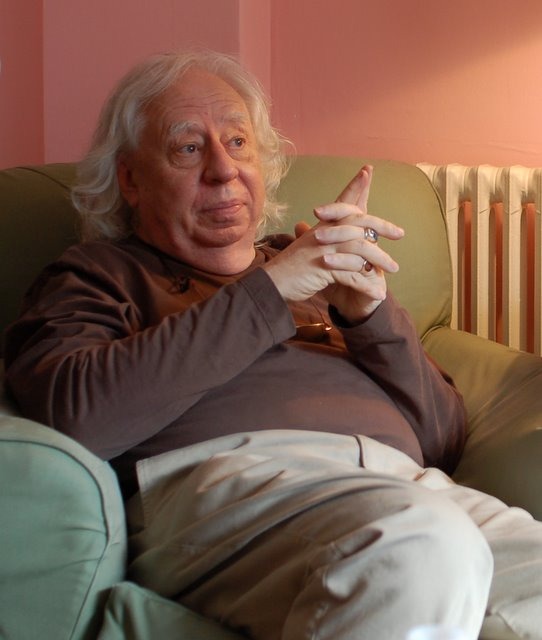 Edward Lucie-Smith
The rain falls in strings, beads
To be counted. It wears
Out the night and the rock;
All things succumb to it.
I cannot tell if time
Is being washed away,
Or if this is time, made
Tangible as water.
My fever has returned,
Like an icy river.
In bed alone, I am
Dissolving. Flesh becomes
Like the wet sacks out there,
Abandoned in the dark
Of the garden, lapsing
Slowly into the earth.

Overwhelmed by the kind of deluge that soddens everything to the core, including mood, Edward Lucie-Smith’s finely-tuned poem renders tone as if words could recreate the work of emotional susceptibility. Rain, here, is a handmaiden to anxiety, encouraging a subsumation of mental resistance as efficiently as it ‘succumbs’ all in its path. The poem’s regular hexasyllabic lines usher in the relentless ‘strings’ of drops as though they were the falling beads on an abacus.

The night rain is as irresistible a force, and as prone to metaphorical suggestion, as the biblical inundation of the Calder Valley was for Clare Shaw in her seminal collection, Flood, and its sustained power compels a gradual enervation of will. In its dissolution of the capacity for psychological resistance, its swallowing of landscape and artefact (‘lapsing / slowly into the earth’), the poet’s figurative armour is fatally weakened. The polar extremity of his fever, persuasively drawn in the apt oxymoron of an ‘icy river’, cuts the narrator adrift in the dislocative waters.

As much about a state of mind as the washing away of the known and the present, Lucie-Smith’s moment’s observation is as luminous as it is brief.

‘Night Rain’ is taken from British Poetry Since 1945, edited with an Introduction by Edward Lucie-Smith. It is published by Penguin.


Also by Steve Whitaker...
Poem Of The Week: 'Master Of Works' By Rennie Parker'As Though To Breathe Were Life' : Appius And Virginia By G.E. TrevelyanPoem Of The Week: 'Snowdrop' By Ted Hughes'Thick Like Cream; Perfect Like An Egg': Beneath The Trees Of Eden By Tim BindingInto the Light: Sheaf (Digital) Poetry Festival 2020