Poem Of The Week: 'July' By Alan Perry 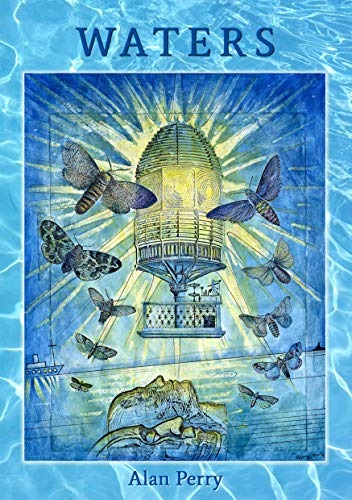 My father
in the old greenhouse
In Sketty:

the freshly-ripened smell of tomatoes,
engulfing him,
warmth reflecting off skin
heat taking the breath away

the greenhouse more solid
than I ever remember it:
newly-painted and glazed
its list completely righted

The profound simplicity of Alan Perry’s poetics betrays a steady guiding hand. Not given to prolixity, the poet finds a focus for reflection in a perceptive flow of impressions whose themes are often familial, his tone unwaveringly elegiac. ‘July’ is one example among many poems whose reluctance to abandon the past drives Perry’s intensely-felt memorialised vision.

Alan Perry
And how seductive is this highly visualised rendering of his parents’ shared, self-contained existences. For there is a silence at the heart of this sensory tableau around which the ‘film’ of memory unspools. The narrator is fully conscious of the unreliability of memory – the newly ‘righted’, solid-looking greenhouse is not borne out in recall, and may be a concession to a kind of idealisation, an impulse to ‘photo-shop’ the past, or to airbrush a commemorative image towards the halcyon.

But there is also truth and beauty in our mental negotiation of former lives, and Perry is aware that what remains is vestigial but mostly accurate. The truth is corroborated by the love he feels for his parents; it oozes into every line of this fine poem as surely as the senses are assailed by the ripe tomato, concealed, like the father-figure, ‘among damp and dripping greenery’.

Sometimes, expressions of love demand no more than the savouring of a tomato in a dream.


‘July’ is taken from Waters and is published by Moonstone Press.