Poem Of The Week: The Wireless By Jean Stevens

Kathleen Ferrier on the wireless.
It’s my father’s way of getting close.
I hold my breath to listen.

knowing that darling and love
had to be said by someone else
for a man of so few words. 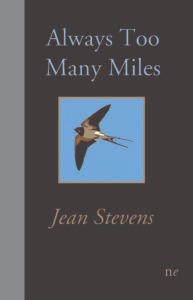 Without resorting to stereotype in the turbulent headwind of a relativist universe, you might say that the expression of love, of care, in indirect ways, is the only means of communication for a certain kind of man. The father figure of Jean Stevens’ affectingly observed poem might be working class, emotionally inarticulate, not accustomed to the voicing of affection. And in this regard, he would resemble my own father – a mostly silent, protective presence on the margin of the daily quotidian, who casts an inordinately warming shadow over memory, like a comforting arm.

Here, the ‘calloused fingers’ suggest manual labour; perhaps the bike and doll’s house repairs are an evening’s overlap from the day’s shop-floor exertions. Out of the aether emerges the rich contralto of Kathleen Ferrier, a reminder of the kind of music to which both would have listened on the wireless, and the focus of a shared, unspoken bond. The father’s humming of songs, a muted accompaniment, is a measure of the love he is unable to articulate for reasons of emotional reticence.

‘The wireless’ is a simple poem of love, a debt repaid in the form of words.