The Way Through the Woods

Yet, if you enter the woods
Of a summer evening late,
When the night-air cools on the trout-ringed pools
Where the otter whistles his mate,
(They fear not men in the woods,
Because they see so few.)
You will hear the beat of a horse’s feet,
And the swish of a skirt in the dew,
Steadily cantering through
The misty solitudes,
As though they perfectly knew
The old lost road through the woods.
But there is no road through the woods. 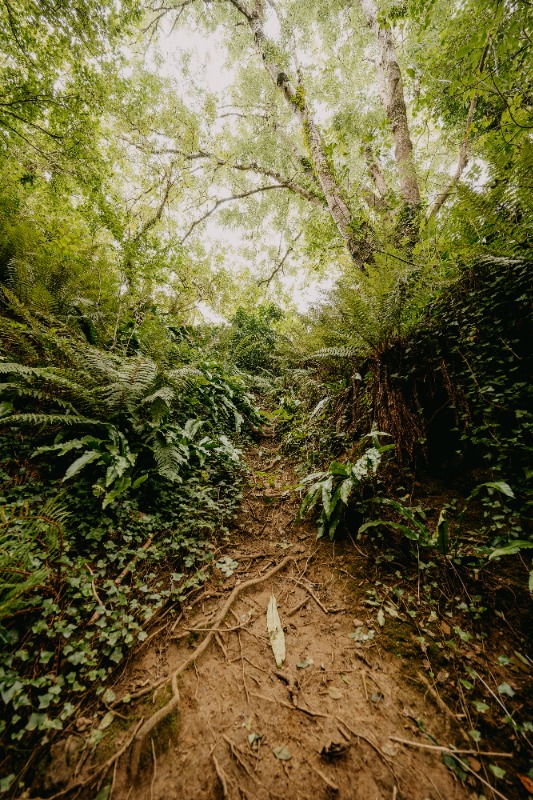 Image by Annie Spratt on Unsplash
The strange land submerged beneath our feet is the terrain of Rudyard Kipling’s fine exploration of hidden, often ancient, byways. A reminder of what we have lost, but also of what remains in the landscape of our senses, of folk memory, the poem gives detailed and lyrical body to our intuition of what animals recognise by instinct, ‘as though they perfectly knew’ the location of the lost paths and bridleways.

Kipling’s desire to capture a sense of topographical permanence through the impermanence of its uses invites meandering observation, indecision, and is measured in a confluence of formal arrangements that render his narrator’s journey in purposeful anapaests and dactyls, whilst varying lines in metrical length and undoing any suggestion of certainty by repeating the central, and titular, conceit to the point of irony. The poem’s final line pulls the previous one up short, occludes clarity and way-finding like a sketchy path across a moor.

Kipling’s fascination is enduring, and perhaps poetry is the best means of expressing the psycho-geographical potential of our perception of the natural world. We continue, like Robert Macfarlane, in his beautiful and insightful disinterment of the old ways in Underland, to be surprised by our own sense of transience and continuity.

‘The Way Through the Woods’ is taken from The New Oxford Book of English Verse 1250-1950, edited by Helen Gardner