Poem Of The Week: 'Spelling Rickets' By William Bedford

Stumbling from the park like a ghost on sticks
the cripple boy chased after the crowds,
dodging the trams like a coin in pitch-and-toss,
flying unsteady down the cobbled streets...

but wanting to play, whatever the cost.
‘Wait for me’ were blighted words for months
after he ran too slow for the Wicker tram,
blue sparks like lonely angels far from home.

They buried him with his two wooden sticks
and a daisy chain made from old newspaper.
Ink ran on the white flowers. Rain did the rest,
mulching the hymns and memories with tears.

His mother stayed behind beside the grave,
trying to mouth the words on the stone.
Then walked away. She never learned to read. 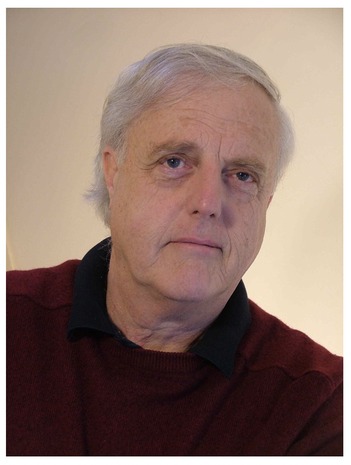 William Bedford
The current crisis undermines mood by daily accretion: frequent bulletins, ‘death-watch’ digital counters, teatime press conferences, exacerbate our sense of gathering helplessness. The dire prognosis closes our minds to anything beyond immediate privation, moves some of us to raid supermarkets for pyrrhic comfort, whilst casting self-respect and fellow-feeling into the ringing tills.

It is instructive at such moments to reflect on an earlier period of blight and contagion - a time when drudgery was inherent to the condition of the labouring classes - if only to hold up a mirror, as the Greek Tragedians did, to the worst that might befall us.

William Bedford’s deeply affecting poem is set in a Sheffield of an unidentified but recognisably austere era; the reader can hear the grind of endurance in the tram’s sparking steel wheels. That the poet spent some of his early years in the city’s industrial heartland corroborates an empathic affiliation which leaves little room for elaboration: the poem’s simple Harrisonian eloquence entirely befits a sentiment which transcends words.

And even if his narrative is derived rather from collective memory than from personal experience, Bedford’s sense of purpose – the final tercet, like the conclusion to many a Tony Harrison sonnet, is withering – is rendered eloquent by the mother’s own illiteracy. The irony is overwhelming: that she struggles to trace the words on the stone because she was probably denied an education, is one guarantor of her continued subservience to a system which is deaf to the cries of the poor.

An act of commemoration as poignant as it is hopeless – the ‘daisy chain’ newspaper, the ‘mulching’ of words into a silence which is deafening – is the best they can manage for the infirm boy, the ‘ghost on sticks’, who wanted, like all children, only to play.

‘Spelling Rickets’ is taken from The Bread Horse, published by Red Squirrel Press.