Morrissey Returns To His Northern Roots 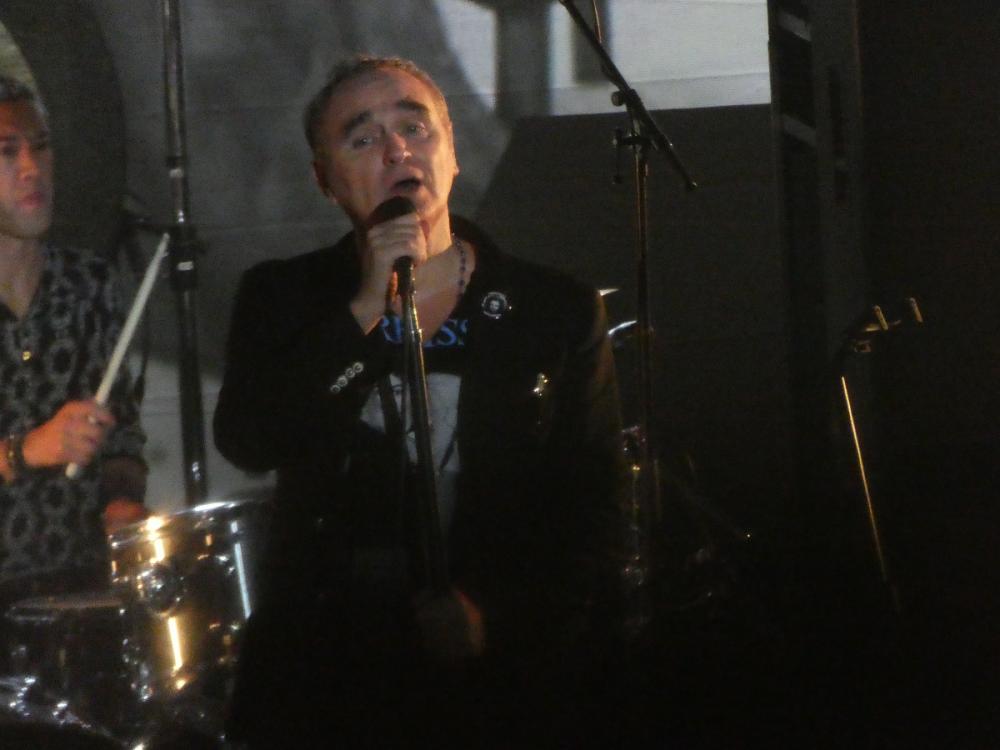 photo by Graham Clark
“What is a nice boy doing singing in a joint like this?” questioned Morrissey as the singer opened up his superlative concert at The Dome in Doncaster.

If you were to ask his fans why they had turned up in their thousands then the answer would, I suspect, be one of pure affirmation and admiration for a man whose legacy on popular music over the last thirty years is without doubt.

The former singer of The Smiths has over the years gained a reputation as much for his direct comments as his music. There are not many artists whose fervent fans will jump up onto the stage to put their arms around a sixty three year old star. The previous date in Blackpool had seen his fans invade the stage at the end of the concert, whilst Doncaster did not witness anything on that scale, only a selected few made it up to the stage.

His current tour visits places that are not always on the touring circuit, especially in the north, giving the singer the opportunity to revisit his grassroots fan base who have stayed with him throughout the length of his career.


“people do not sing songs about England anymore, so allow me”.
If you are going to make a direct impression then beginning the evening with The Smiths’ How Soon Is Now? was always going to be literally music to the fans’ ears. With style and substance things could have not been any better than this indie music classic.

His observation that The Avengers star Diana Rigg was born in Doncaster appeared to complement the film that had been shown prior to his arrival on stage, which detailed artists from the sixties and seventies who had influenced Morrissey. Rather than looking to the future it felt like he was clinging on to the past when the world was a simpler place. 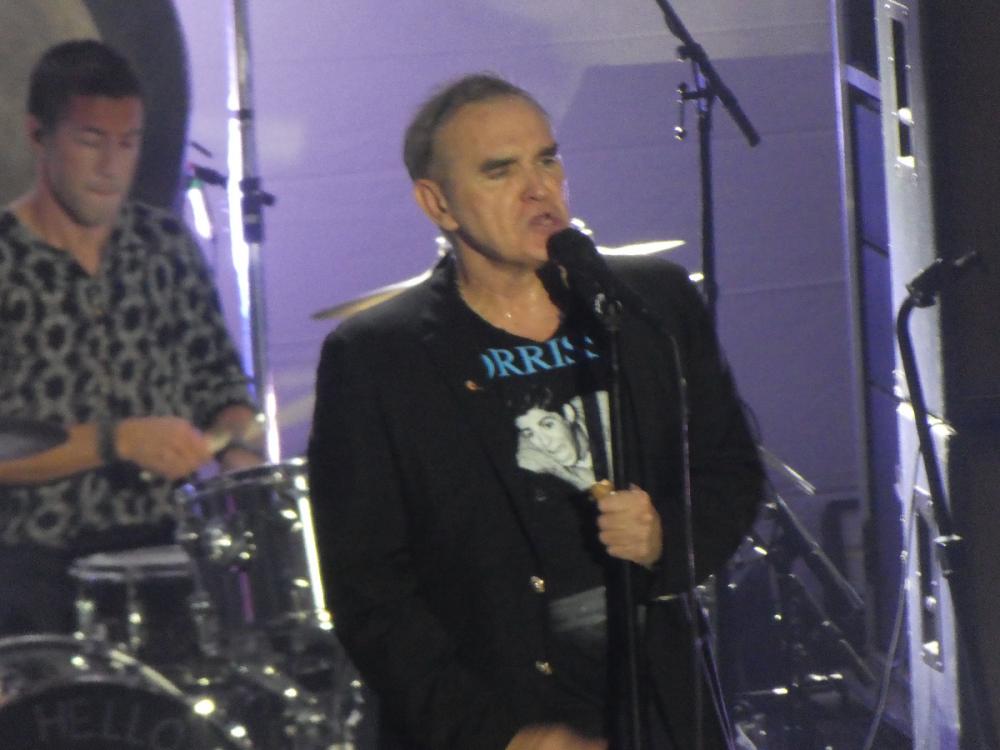 photo by Graham Clark
On Rebel Without Applause he again looked back in the lyric to punk acts such as Generation X and X-Ray Spex, whilst introducing Bonfire of Teenagers he noted that “people do not sing songs about England anymore, so allow me”. With only one member of his group born in England his thoughts seemed not to have influenced his choice of the personnel of his band.

At times he appeared uneasy with the appreciation of his fans, as they called out his name loudly in succession he covered up his head with his jacket. Moments like these made him appear slightly vulnerable, especially after a lustrous version of Everyday Is Like Sunday where he appeared to be on a roll.

Please, Please, Please Let Me Get What I Want, another of The Smiths' songs came with visuals of Annie Walker from Coronation Street - again a throwback to his northern roots.

Saving Irish Blood, English Heart for the encore, Morrissey had kept the faith on a stormy autumnal night outside, where inside The Dome it had been one of pure warmth between artist and his audience. He might not recognise the England of his youth anymore, tonight though Morrissey could never have doubted the admiration of his northern fans.