‘May This Curse End With Me’: The Song Of Youth By Montserrat Roig 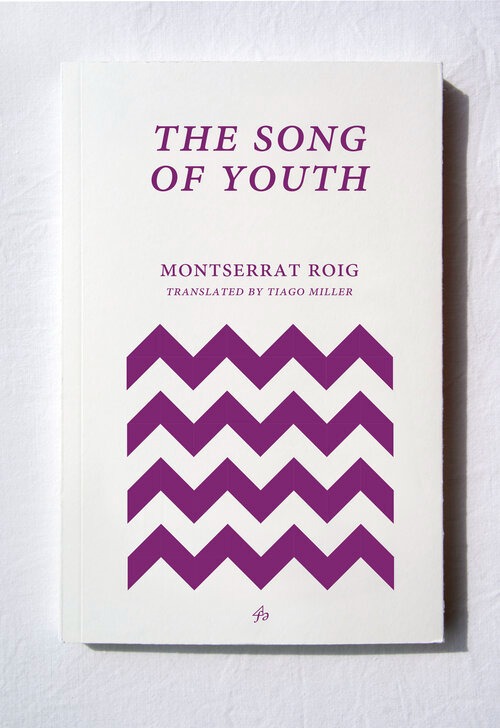 Earlier this year I read Victoria Princewill’s astonishingly emotive debut novel, In The Palace Of Flowers. Set in the opulent Persian royal court of the Qajars at the end of the nineteenth century, Princewill’s novel addresses the fear of being forgotten. Her enslaved protagonists are forced to navigate omnipotent, profoundly malefic political and ideological forces, whilst simultaneously enduring the brutal suppression of their authentic selves.

Princewill’s audacious triumph was to use her novel to deny history and those writing it, the licence to abrogate individual existential freedoms by callously silencing seditious voices, thereby rendering the victims of societal oppression mute and impuissant. Prior to engaging with Princewill’s tender, yet brutally honest novel, I had pitifully little awareness or understanding of the epoch she wrote about, and even less cognisance of those edited out of the ignominious dying moments of the Persian Empire.

Illuminating the seldom explored penumbra concealing history’s forgotten realms, and those inhabiting them, must be one of literature’s finest gifts. Fortunately we have a rich heterogenous phalanx of such authors to draw upon, and we can hear the voices of those egregiously silenced, or muted by dint of malversation, dogmatism and persecution.

Epitomising this invaluable literary tradition and exemplifying its visceral, elliptically vituperative power is Montserrat Roig. As with Princewill, reading Roig emotionally expanded my own Weltanschauung, whilst vicariously enabling me to fully appreciate the repressed complexities forming the quintessence of a culture and a people previously unknown to me. Yet again, an exquisitely trenchant author has revealed submerged truths and in so doing, incalculably enriched the world of any reader lucky enough to encounter her words.

Roig was born in Barcelona in 1946 and grew up under the savage dictatorship of General Francesco Franco, victor of the Spanish Civil War. In addition to the misogynistic abuse of women under Franco’s repressively patriarchal regime, Roig also suffered the virtual destruction of Catalonia’s political and intellectual culture as Franco banned the public use of her mother tongue, Catalan, and removed it from all forms of public literature.

Having attained her degree in Philosophy and a doctorate from the University of Barcelona, Roig began her provocative literary career. Winning the hugely venerated Victor Catalia prize, her first collection of short stories, Molta roba i poc sabó... i tan neta que la volen,(1970), Roig went on to address key moments in Catalan history in her fiction. Her novel, L'hora violeta (1980) is the apogee of her feminist writing. She combined a career as a strident, unflinching socialist author with academic success as a teacher, and a glittering reputation as an acutely perceptive and irrepressibly tenacious journalist.

This prodigious body of work was all firmly rooted in her passionate desire to build a tradition of cultured feminism, and an adamantine will to recover the historical memory of her beloved Catalonia. Roig refused to be silenced and refused with even greater vigour, the attempts to exterminate both her language, and the cultural life of its speakers.

It’s easy to understand Roig’s telluric passion for her region and its culture. Beyond her inveterate abhorrence of intolerance, societal injustice, sexism and fascism, Roig was inherently motivated to protect the cultural crucible in which her own talents had been formed. Her love for, and pride in all things Catalonian is understandable. The place Franco and his myrmidons sought to culturally exsanguinate is home to many of the world’s most celebrated artists, architects and musicians. Anton Gaudí, Salvador Dali, Lluis Domènech i Montaner, Joan Miró, Joan Manuel Serrat Teresa spring to mind. 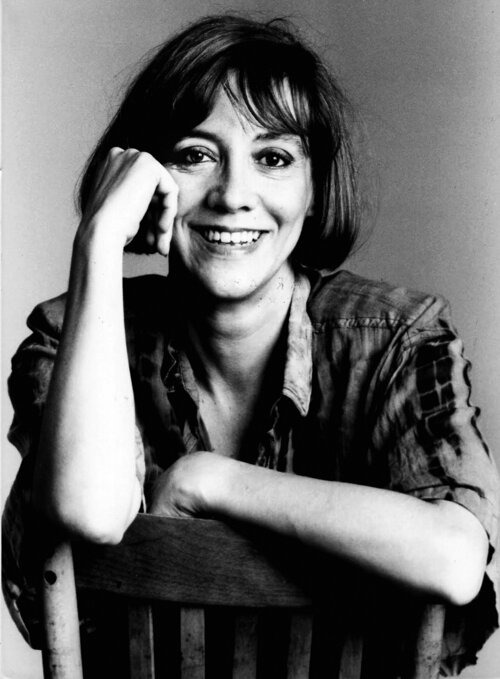 Roig’s literary career was short, cruelly curtailed by cancer in her forty-fifth year. Though venerated throughout Spain, little of her work has been published in English. Fum d’Estampa Press are rectifying this literary travesty. Translated by Tiago Miller, we now have Roig’s, The Song Of Youth (1989) thanks to their vision and Miller’s erudition and intuitive care. This book gathers eight short stories together, all set in Catalonia during the dictatorship or in the long shadows still spectrally haunting the region’s people and their culture.

Roig’s journalistic pedigree informs her literary style in that she frames each vignette as though a perspicuously observed reporting of her character’s inner lives. No detail is overlooked, yet echoing Hemingway, there is no fat on the bone of her prose. Roig’s skill is to eschew bland reportage per se, and find a refracted angle from which to explore her subject. As such each of the stories gives us an unexpected vantage point from which to engage with our protagonists, rendering the familiar disturbingly unfamiliar.

This narrative technique draws upon in media res, inner monologue and dextrously decanted authorial reticence. Roig immerses her reader in portraits so vivid as to completely obscure the author’s hand in their making. Each story becomes an atomised quintessence of a protagonist’s psyche and soul, its themes inexorably melded with their lived experience so as to be both pellucid, yet indistinguishable from the truth of the character being portrayed.

If one imagines Turgenev’s A Sportsman’s Notebook given Virginia Woolf’s facility for stream of consciousness and Proust’s exploration of memory, and Hemingway’s almost taciturn plumbing of humanistic truths, however unpalatable, you begin to approach Roig’s genius. Though her words are deployed as weapons in the war against all she abhorred, Roig never cheapens her moral authority by being either blatantly didactic or, ferociously indignant.

Her knife cuts, but it does so with finessed skill, reaching its target with exquisite precision. Her intention is to let us hear her characters and know their bruised, beautiful souls, not be blinded by a niveous litany of thematic outrages clumsily hijacking each story’s verisimilitude.

Each story is presaged by an epigram acting as the needle of a compass helping us navigate the territory Roig explores. Intertextuality is deployed to bring both gravitas and meaning to the events shaping each vignette. The reader has the sense of an erudite mind pairing down the marks on the page until, Proulx-like, the sentence ‘can barely stand on its own two feet’.

Roig’s prose, though, is no laconic skeletal scaffold for the themes perseverating her stories. It is, by contrast, assiduously distilled notation, combining to form a rhythm of its own, and one that pulls the reader through each story with ineluctable force. Feelings sing through her efficient, modulated prose and become all the more palpable by dint of the absence of purple prose.

The first story, The Song Of Youth, lends its title to the volume. An old women awaits death in a hospital room specifically set aside for those about to shuffle off this mortal coil. Regarded as a nuisance by her nurse, the old lady has a ‘madeleine’ moment, and recalls her lover and fiancée before his departure to the Republican front line.

Zelda, our protagonist, recalls her rebellious self and ends her final days once again asserting her right to independent thought. The flame of her anti-facist resistance is undiminished as she refuses to be dismissed by a medical system denying her autonomy, individuality and dignity.

Mar is another of the collection’s treasures. Our narrator recalls a cherished friendship with another women, Mar. Both are married with children, however the gloriously unbowed Mar refuses to have her personality fettered by her bourgeois husband, or her anti-fascist ideologies crushed by Franco’s regime. As she suffers an horrific car crash and lies impotently tethered to life sustaining machinery in hospital, our narrator reflects upon her unconquerable spirit, and her own demons and desires disinterred by society’s reaction to the pair and the bond they shared.


Also by Paul Spalding-Mulcock...
‘However Faecal The Treacle’ : Wild Horses, By Jordi CussàAnother Life, Another Way: Constellations Of Eve By Abbigail Nguyen Rosewood‘I Cannot Heave My Heart Into My Mouth’: The Uncommon Reader, By Alan BennettInterview With Victoria Dowd - Author Of The Smart Woman’s Mystery Series“Something Fishy About This Case”: A Book Of Murder By Victoria Dowd
The final story in the collection is by far the most disturbing. An elderly male teacher is caught spying upon girls in their school changing room. With hints of Nabokov’s Lolita, we discover our unreliable narrator to have been one of Franco’s censors reading artistic erotica, before determining it unfit for public consumption. Both a sociopath and a pervert, he exists in an amoral universe of his own bizarre and hideous creation. Corrupt, morally disfigured and insensitive to all but his own cravings, he is the product of a regime predicated upon all we find so unsavoury about him, and his predilections.

Not all of the voices we hear are noble, worthy or even pleasant. However, in disinterring them from the vaults of silence, Roig gives us human experience counterpointed against the backdrop of nefarious political and social forces seeking to destroy, or insidiously enervate individuality. Part excoriating feminist protest, part existential revolt against oppression and censure, Roig’s stories operate as fables designed to penetrate a pernicious, opaque cultural integument occluding real life from view.

She dextrously punctures this false narrative by mining suppressed memories and unheard voices in order to give us unadulterated truth, and an uncompromising confrontation with human complexity and heinous totalitarian inhumanity.

Searingly honest, inventive and devoutly humanistic, Roig’s voice is one I’m eternally grateful to Fum d’Estampa and Tiago Miller for bringing to my ears. Her songs may not always be easy listening, however they are remarkable, relevant and above all, required listening if we are understand what it is to be human.


The Song of Youth is published by Fum d’Estampa.