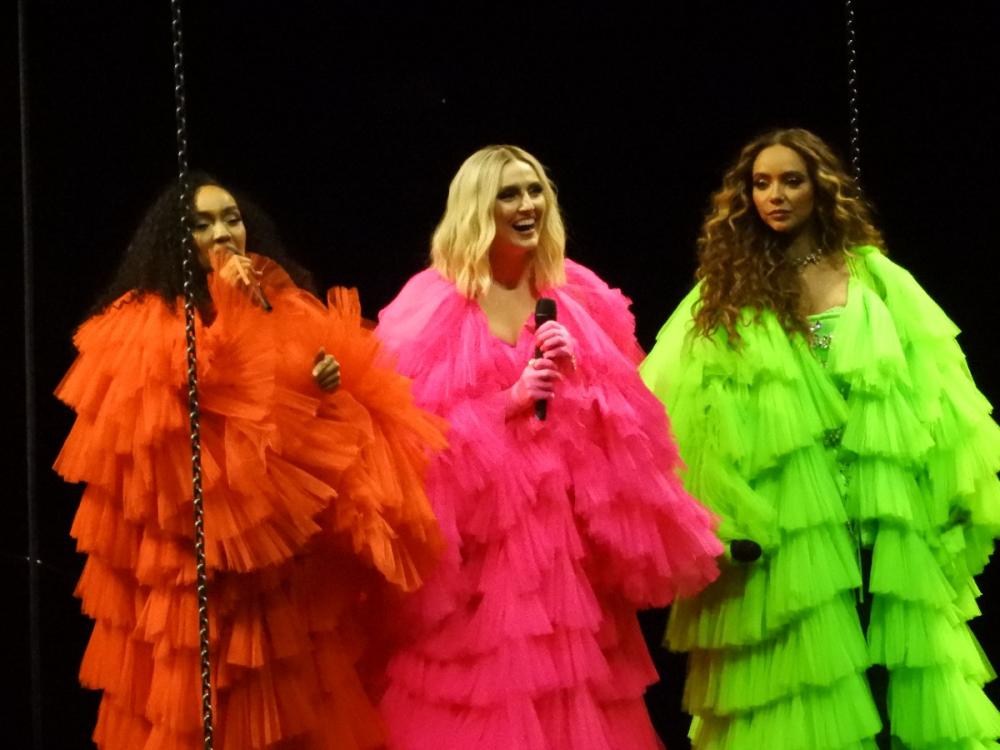 When Little Mix won the X Factor in 2011, the girl group were at the beginning of a journey that has made the pop world a brighter and happier place .

With the announcement the group would be taking a break with their current Confetti tour the last for a while,the concert at the Leeds Arena was always destined to be a celebration of their past rather than a fond farewell.

As Leigh-Anne Pinnock, Jade Thirlwall and Perrie Edwards arrived on a suspended stage their hit, Shout Out to my Ex blasted across the arena. Whether the opening song was aimed at Jesy Nelson who quit the group in 2020 was open to debate.

With the catalogue of hits Little Mix have there was never any doubt that the evening would be anything other than joyful and uplifting. 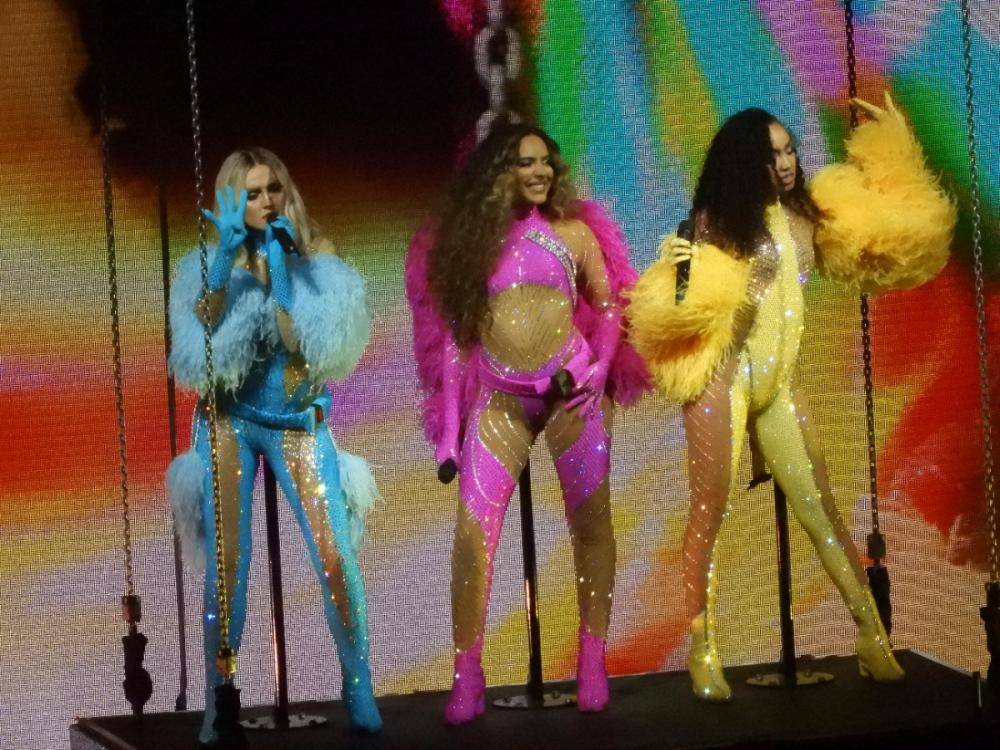 Not forgetting their LGBTQ fans the group thanked them along with their other fans for supporting Little Mix over the past eleven years.

As another small suspended stage slowly transported them over the audience the vocals on No More Sad Songs were heartfelt and touching. The final notes on the song always give me goosebumps and tonight was no exception.

The fast paced show, broken up into four acts never appeared to have a dull moment. Wisely the seven dancers were mainly dressed in darker colours so as not to distract too much attention away from Little Mix.

The Latin infused Reggaeton contrasted well with the pop exuberance of Black Magic. Naturally confetti showered the fans as the track Confetti was performed with the blue and yellow pieces signifying the colours of the Ukrainian flag. 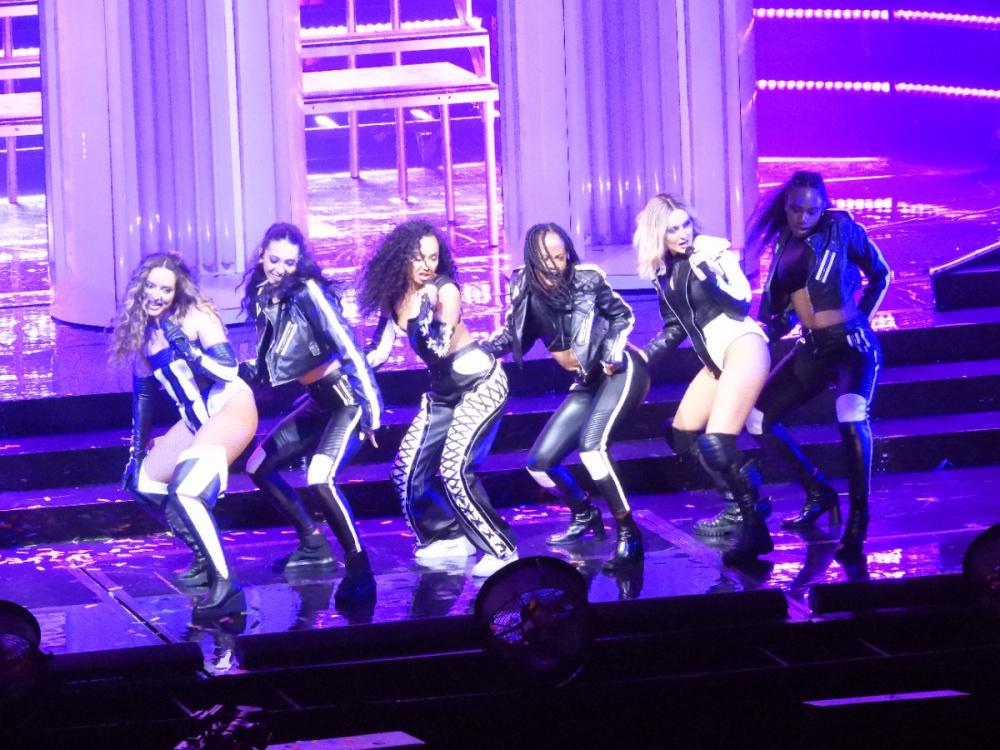 A prelude before the closing number Sweet Melody gave a whistle stop tour of the girls’ decade in the limelight.

With several costume changes, well, choreographed dance routines along with some of the best pop songs you will hear, the concert had been a resounding success.

If this tour was to be their last performance for the time being then pop music has lost one of its best girl groups leading the gates wide open to fill what will be a huge and duller empty space.