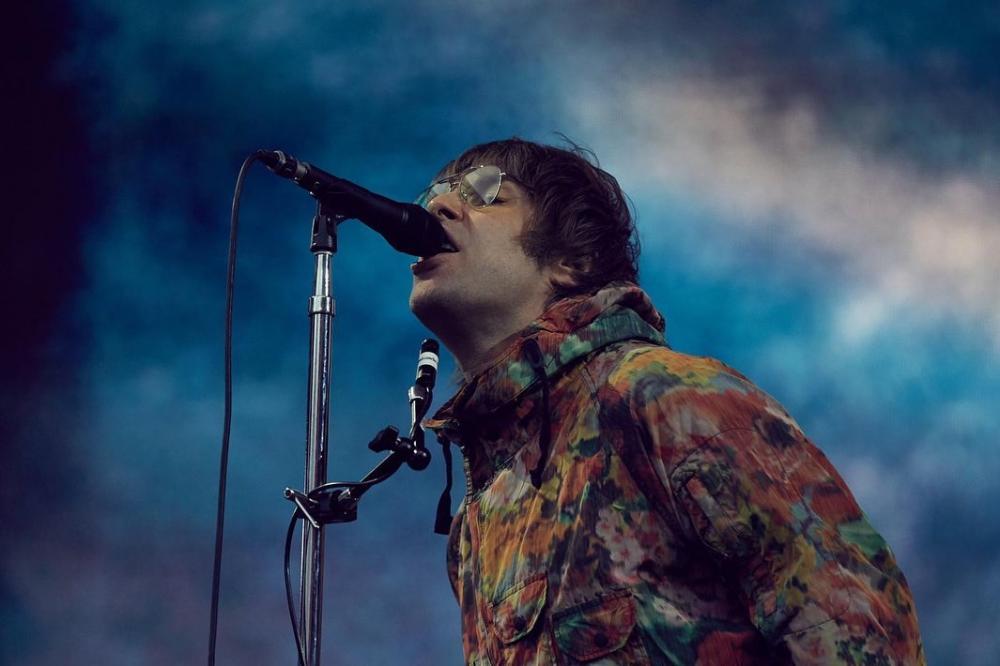 If you had to name the last big band to come out of Britain in the last twenty years or so then Oasis would definitely be one to spring to mind.

The Manchester group provided the soundtrack for a generation whist even today their music resonates with a younger audience - as witnessed at The Etihad Stadium in Manchester - when Liam Gallagher made a memorable homecoming return.

With Gallagher being an avid Manchester City fan the natural location for him to play his gig was his team's home ground. Before he arrived on stage the atmosphere in the stadium felt like a football match where City were on a winning streak: the fans chanted, smoke flares filled the early evening air and a sense of excitement prevailed.

Oasis were heavily influenced by the Stone Roses - if it was not for them there probably would have been no Oasis. Before Gallagher took to the stage the Stones Roses' I Am the Resurrection blasted out of the PA and it felt like he was paying respect to the legendary band.

"You is Manchester" declared Gallagher as he stepped out on to the stage to be greeted by a welcome from the fans that felt almost spiritual. When you have the full back catalogue of Oasis songs at your disposal then entertaining the crowds must be easy. And what songs they are: Hello, Rock 'n' Roll Star and Morning Glory all followed each other as Gallagher kicked off the show.

It was not all nostalgia though. Tracks off his new album C'mon You Know were aired and seemed to be favoured by the fans judging from their response to Better Days and Everything's Electric.

"Anyone here from Halifax?" he questioned as he introduced Stand By Me. The song is featured in the television advert for the famous bank that owes it's name to the Yorkshire town. And the fans sang the song so loudly they probably could have been heard across the Pennines in Halifax itself!

Once the set closed the stadium lit up with fireworks. Of course it was not all over as Gallagher returned to the stage with his maracas in hand as he strode out with his usual swagger. What followed was the biggest hits of his career and Oasis' to date namely Some Might Say, Cigarettes and Alcohol, Supersonic, Wonderwall and Live Forever. The audience were in their element and the euphoric power of music became even more apparent.

Those who stayed on were treat to a surprise encore of Champagne Supernova as the fireworks lit up the Manchester sky once again.