Interview With Nathan James From Inglorious 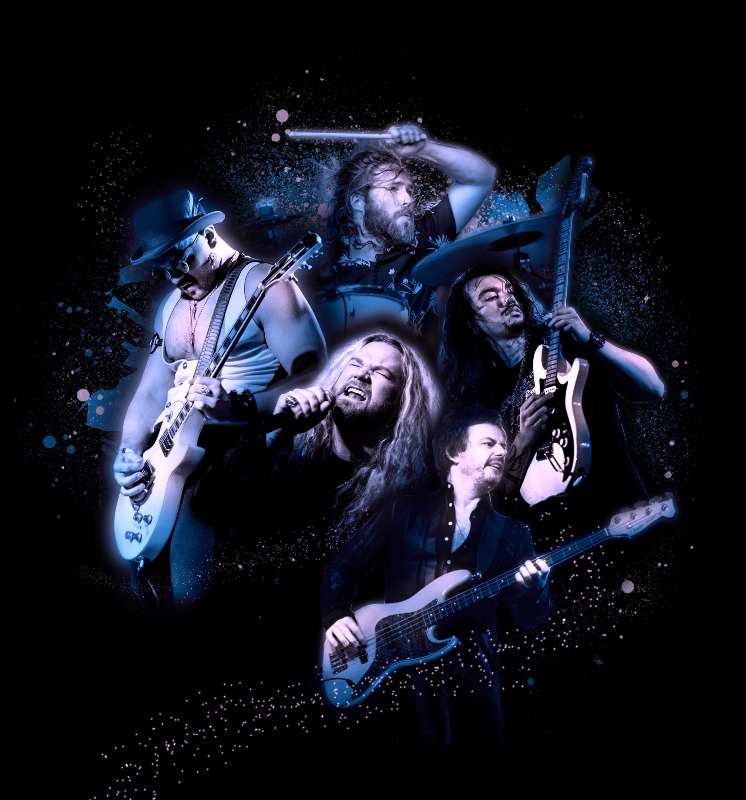 Known for their intense and fiery live shows, Inglorious has gathered a wealth of tour experience under their belt, performing on the most prominent stages across the UK and Europe, including appearances at iconic festivals like Download and Ramblin’ Man Fair.

The band has just released a new live album and is about to go on tour. I spoke to frontman Nathan James ahead of the highly anticipated gigs,

How has the year been for you so far?

It has been unbelievably busy, after doing nothing for a couple of years with lockdown, now it has all seemed to be non stop.

In the spring I did the War of the Worlds tour, it was actually my second tour with Jeff Wayne’s musical version and I loved it - an amazing cast singing what is still an amazing album, playing some beautiful venues up and down the country and it was a great honour to part of it all.

How did you get involved in doing the tour?

I saw that they were going on tour so I said to my manager it would be one of my dream roles to play a character in the musical version of War of the Worlds, so she sent a message to them saying that we represent a guy who would be ideal to play the Voice of Humanity and think he would be right.

They called me into the studio and I recorded one song with Jeff Wayne in one take - afterwards there was complete silence before he said my voice and performance had been perfect, following up with would I like another go? So, I thought that brilliant - it felt like I nailed it. He told me there and then I had got the job. Working with someone like Jeff is a pleasure as he is a legend.

What was it like working with other artists on the tour?

This last time I did the tour I became close friends with Claire Richards from Steps, my first ever concert when I was a child was seeing Steps at Wembley Arena, so it was kind of a full circle experience for me.

Have you met any other of your heroes?

I am a big fan of David Coverdale - I went to see Whitesnake in London and he called out in a full 02 Arena “Nathan, darling, Where are you” so I stood up in front of 16,000 people - I feel I have a bit of rapport with him now.

On the forthcoming Inglorious tour the band are playing some places that bands do not normally visit?

We are, there is Hebden Bridge which we are looking forward to playing, the venue is on the new rock circuit- lots of bands are going to the Trades Club and it will be exciting as we have never been there before.

Why did you decide to release the new live album?

We recorded the album at The Phoenix in Exeter, it really is a state of the art venue, fantastic PA system, the room is massive, the size of the stage just right for us and the lighting rig was brilliant so we did not have to bring anything in - we decided that it would be a good idea to record a live album there. It all made perfect sense to record the live show there, it was also my home town show as I live in Devon.

Are you intending to play some new songs on the forthcoming tour?

We are currently working on a tribute section to Taylor Hawkins, the Foo Fighters drummer who passed away recently - that will be in the middle part of the show, other than that it will be songs from all the Inglorious albums, a couple from our covers album which came out last year which we did in conjunction with the Woman’s Aid charity.

We hope people will like it because everyone is so ready for live entertainment again as we have all been starved of it for so long and people are going to appreciate us going out there and doing what we do.

What motivates you to keep on being in the band?

It is the only thing that I am good at! I love what I am doing as it feels that this is what I should be doing on planet Earth. I have sung for a living since I was sixteen years old so I know nothing else. This band in particular is so special especially the interaction we have with the fans, we get messages that say they have used one of ours songs at their wedding, or they used one of them when their father passed away - moments like these you never take for granted as you are making a difference in to peoples lives.