Interview With Graham Gouldman From 10cc 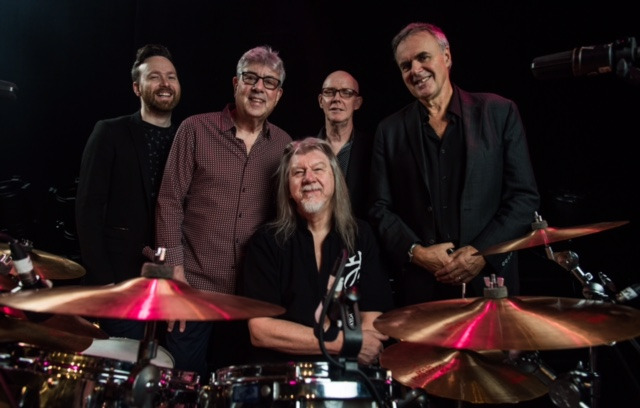 Led by co-founder Graham Gouldman, 10cc is heralded in equal measure for its ability to craft ingenious songs that also resonated commercially.

The icons of art-rock achieved eleven Top 10 hits, and over 15 million albums sold in the UK alone, with three No 1 singles – Rubber Bullets, Dreadlock Holiday and the ubiquitous I’m Not In Love.


Graham Gouldman
I asked Graham about the forthcoming Ultimate Greatest Hits tour which visits the north this spring and autumn.

How has the last eighteen months been for you?

It has been a very busy time for me - every cloud has a silver lining so they say. I was forced to face one of my fears - I put a recording studio in my house. It turned out to be a very productive and creative time. So under the circumstances it wasn’t too bad. I could still record but not with other members of the band so we ended up sending files of music through to each other which a lot of other musicians did in similar circumstances.

10cc is going on tour in the spring, I suppose you have missed playing in front of an audience?

I have - I think every musician misses playing live: the three main things an artist does is writing, recording and live performing. We did a short European tour and that was fantastic. The joy that the band and the audience feel is something that you cannot replicate other than in a theatre. We are playing many cities on the tour that we have visited before so we are looking forward to returning to them.

The 10cc songs are very melodic, something that seems to be missing from many of today’s songs, would you agree?

The sounds you hear now are not original anymore and it is a totally different musical landscape than back in the seventies. When we started out it was post Beatles days so we inherited what the Beatles started. In 10cc we used the studio as a musical instrument which you can hear in those songs.

Most of today’s pop songs use the same chord sequences - if I played you twelve current songs together you would recognise it.

You worked with Andrew Gold in the group Wax, how did you meet?

We met through 10cc’s American record company. As a band we were not having much success in America so our record company suggested we work with Andrew who was already having a lot of success over there. I was a massive fan of his music and it seemed a great idea to work with him. He did three tracks with us on the album Ten out of 10.

After that there followed a period where Eric (Stewart) and I were not working together so I called up Andrew - he was initially going to come over to England for two weeks - he ended up staying over six months!

One of my happiest musical relationships was working with Andrew.

Do you ever think of retirement?

Definitely not! There is nothing to compare to playing live. I don't think people realise that the one hour, forty minute show that we do takes years to perfect, we make mistakes but when we do we joke about it.

Playing live is a shared experience and is something that you cannot get on record. It is like seeing a movie where the audience shares the experience together - you all laugh and gasp at the same time.

We have to leave certain songs in that people want to hear. I always try to view the show as if I am a member of the audience and understand why they want to hear our songs and what they expect to hear. If we put a couple of new songs in we will justify to the audience why we have put them in.

Is there a difference between festivals and your own concerts?

Do you ever get tired of playing I’m Not In Love?

I never get tired of playing the song because every night is different. The reason why we can still tour is because of the songs such as I’m Not In Love.