‘I Cannot Heave My Heart Into My Mouth’: The Uncommon Reader, By Alan Bennett 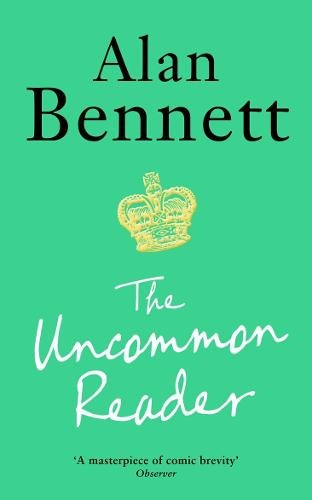 Nestled within the deliciously wry, often viscerally provocative, and always perspicacious oeuvre of Alan Bennett sits an unassuming literary gem. The Uncommon Reader was originally published in the London Book Review in 2007 and released later that year as a novella. Though this ostensibly light-hearted satirical musing upon class, monarchy, and unlettered nescience romps along with the zesty spice of a mock comedic fable, its innocent effervescence artfully caparisons Bennett’s bile. Deliciously subversive though whimsical in tone, our erudite scribe aims his formidable satirical scorn at that which he considers both absurd, and unjust.

Whilst simultaneously lampooning the English class system and its font et origo, the British monarchy, Bennett’s understated satirical fiction is also a profoundly tender essay upon reading and its indispensable cathartic and didactic potency as a vital weapon in mankind’s war upon ennui, intolerance, and prejudice.

As an argument for reading as a humanising force in and of itself, his brief tale supports his thesis with the rigour of a criminal barrister, whilst invoking epistemological hunger as a siren-like call …for society to be healthy, its individuals must read, think, and examine the minds of others in pursuit of reaching the compassionate shores of humanistic empathy.

Bennett was born in Leeds in 1934, his working-class roots later burgeoning into ever more dextrous literary dissections of the class system he abhors, and wry excoriations upon the north-south divide he finds so pitifully asinine. The younger son of a Co-op butcher, he once humorously quipped that, “My claim to literary fame is that I used to deliver meat to a woman who became T.S. Eliot’s mother-in-law”. As ever with Bennett, this aridly dry joke at his own expense cannot disguise his status as a venerated modern author responsible for innumerable jewels in our cultural crown.

His fledgling career as a junior lecturer in history at Magdalen College, Oxford was curtailed after the enormous success of his comedy revue, Beyond the Fringe in 1960. His first play, Forty Years On, was followed by a plethora of critically acclaimed works including films, television serials, books and further plays. In 1987, Talking Heads, a series of viscerally potent monologues written for television made him a household name garnering the first of six Lawrence Olivier Awards.

His play, The Madness of George III premiered at the National Theatre in 1991, winning the praise of both audiences and critics alike. The 1994 film adaption, The Madness of King George secured several Academy Award nominations, including one for Bennett’s screenplay. Perhaps his best-known play though is The History Boys, a tender yet unflinchingly gritty portrayal of state-school boys studying for university entrance.

His play, The Habit of Art centred on a fictional meeting between W.H. Auden and Benjamin Britten as the latter is composing the opera Death in Venice. For me, this dramatic masterpiece sparkles amongst a vast body of dazzling work which has rightly won him the celebrity he seems to both despise and enjoy.


That’s a bit like asking a man crawling across the Sahara whether he would prefer Perrier, or Malvern water!
Bennett’s acidly acerbic, yet unpretentiously warm persona infuses his entire canon with a quirky zest every bit as sweet as it is occasionally pointedly bitter. Though a noetic man of letters, Bennett is an exotic being and one blessed with a rebellious sense of humour underpinned by the fiery convictions of an indefatigable libertarian. Though his works in their myriad forms stand upon their own two sound feet without the need for biographical knowledge, an appreciation of Bennett’s intellectually quirky character and irreverent ideological make-up can help navigate the more nuanced notes of his creative expressions.

One of my favourite quotes exemplifies Bennett’s characteristically defiant rejection of normative absurdities. Sir Ian McKellen asked his friend if he was heterosexual or homosexual. Bennett’s response goes some way towards understanding both his sense of humour, and his willingness to out societal stupidity: “That’s a bit like asking a man crawling across the Sahara whether he would prefer Perrier, or Malvern water!”.

So, to the plot of our whimsical fable with a sting in its witty tale. Our present monarch serendipitously makes use of a mobile library having previously exhibited no interest whatsoever in the written words of her subjects, or those hailing from lands no longer under her royally munificent care. A chance encounter with a young kitchen porter who is an unlikely bibliophile, serves as the catalyst for a journey echoing the words of Emily Dickinson, “There is no Frigate like a book, to take us Lands away”.


As ever with Bennett, this aridly dry joke at his own expense cannot disguise his status as a venerated modern author responsible for innumerable jewels in our cultural crown
Echoing the young prince, Siddhartha Gautama, before he became better known as Buddha, our queen is intellectually imprisoned within the walls of an artificed constitutional role, and the material boundaries of a physical palace. As her majesty dips into an ever more diverse range of novels penned by the literary giants of the Western canon, a process of spiritual decalcification takes place. Metaphorically travelling anonymously amongst the people living within the pages of the books she eagerly reads, our hitherto unlettered monarch mentally communes with authorial minds uninhibited by the asphyxiating demands of royal protocol.

Our kitchen porter becomes her trusted amanuensis and ally in the diplomatically disingenuous cold war battle waged between the queen and the establishment she figuratively heads. The plot’s conflict stems from the comedic tension between the efforts of the queen’s handlers to discourage her increasingly enthusiastic reading habits, and the royal prerogative to expand her mind. Her private secretary considers a free-thinking monarch anathema and a tangible threat to the status quo that he and his perfidious yet obsequious cabal must maintain at any cost.

Our mettlesome monarch has other ideas…having become an unlikely opsimath, our regal rebel has no intention of remaining within an institutional procrustean bed denying her intellectual autonomy, or autodidactic liberty. Reading has literally changed the cynosure through which the queen interprets the world around her and in so doing, awoken her creative energies, sympathy for others and a recognition that she has spent her entire life within a gilded cage - “This will simply not do!”.

Bennett gives our royal protagonist a reading list guaranteed to expand the minds of all but the most adamantine philistines: Ivy Crompton-Bell, Proust, E.M. Forster, Thomas Hardy, Sylvia Plath and Kazuo Ishiguro merely the tip of the literary iceberg sinking HRM’s ideologically moribund ship. The list is worth googling, providing an admirable route plan for anyone keen to set sail in Dickinson’s ‘Frigate’. This intertextuality lends the book a depth copacetic with its whimsy, further consolidated by Bennett’s artfully interpolated personal musings upon both the books the queen reads, and their authors.

To achieve the psychological alchemy necessary for a monarch to become a free-thinking human being, Bennett subtly eviscerates the ideological paradigm surrounding her. With the aid of wit, word play and aphoristic epiphanies, Bennett gives us a portrait of a neglected mind expanding by dint of its encounter with books. More importantly, he employs mirth to remove the intimidating veneration afforded to the scribes he uses to bring about the queen’s transformation. As said ut supra, though a novella, this tale is best read as an essay and as such our plot is merely the scaffolding upon which Bennett supports his thematic bricks.


So, a warm-hearted and utterly delightful piece of political satire whilst being one of the most astutely argued cases for reading I have ever encountered
Beyond brilliant characterisation, pitch perfect dialogue and linguistic mischievousness as evinced by the book’s polysemic title, Bennett uses his playwright’s skills to give us a seamless work in three acts, the denouement as surprising as it is entirely fitting. In addition to the accessible prose style he employs, itself devoid of gratuitous erudition or intellectual snobbery, Bennetts’s ace up his sleeve is the warmth with which he defenestrates attitudes and ideologies cancerously embedded into society’s political and ethical fabric. He throws these villains out of his metaphorical windows but does so gently and always with a playful nod to the unconcealed authorial wish fulfilment underpinning his cultural critique.

So, a warm-hearted and utterly delightful piece of political satire whilst being one of the most astutely argued cases for reading I have ever encountered. I will end with Bennett’s words as they are infinitely better than any I could ever muster…

The Uncommon Reader is published by Faber & Faber.