‘Grief Can Make People See Things In A Very Odd Light’ : Body On The Island By Victoria Dowd 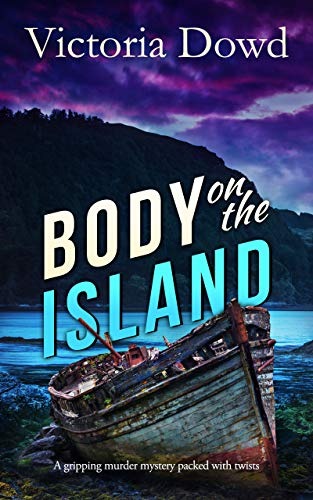 One whodunnit recently resolved by this sleuthing scribe, was the intriguing case of the ‘successful sequel’. A conundrum precipitated by the advent of a rather delightful debut entitled, The Smart Woman’s Guide to Murder. Our culprit had undeniable form. My case notes were presented for our readers last year in the guise of a review. Oversized, ivory-handled magnifying glass in hand, this mystery did not prove to be an enigmatic seven-pipe problem. Warm calabash discarded, the answer lay hiding in plain sight on the spine of our chief suspect’s second novel…J’Accuse Victoria Dowd, author of Body on the Island!

Dowd’s successful sequel is a cunningly wrought murder mystery come modulated musing upon grief, suffused with sardonic epigrammatical wit, diaphanous gothic menace and macabre mayhem. It offers deftly delivered plot twists and sustained visceral tension, holding its reader captive within its proditorious pages. Her first novel was a gem. Her sequel shares many of the properties of her debut, its iridescent facets replicated but cut with finer precision, further polished and purposed to reflect ghostly hues and folkloric myths.

Disinterred truths liberated from the dank, fetid crypts of emotional denial, psychological repression and vengeful mendacity are perfectly reflected by its almost flawless form. The debut was good…however, her sequel is more accomplished and though far darker in tone, it is a novel finely melding humour and horror to offer its audience a riveting read.

Echoing Dowd’s delicious debut, we have the Smart women’s cohort once again meandering with dysfunctional, venomous elan into the jaws of calamitous peril. In their first outing, a book club retreat presages the birth of the Slaughter House Five. In her sequel, Dowd transports our colourfully vindictive protagonists to a remote Outer Hebridean island as they injudiciously embark upon a survival experience weekend. A quixotic adventure holiday intended to offer distraction and diversion proves to be almost as recuperative as a Stygian sailing to the bowels of Hades!

Our motley crew have altered little since their first deadly dalliance with malignant forces lurking beneath the elegant façade of the dilapidated country house, Ambergris Towers. Ursula, our fractured, fragile and profoundly unreliable first-person narrator, has cast our antipathetical characters adrift upon the untender mercies of a remote, storm-inured island. Worse yet, she has left their fate in the hands of incompetent survival experts faintly resembling Bear Grylls, had he suffered a nervous breakdown and developed a low budget Rambo-complex.

From the moment our characters land upon ‘the island’ sea-soaked and dissolute, insidious elemental forces begin to act upon their beleaguered souls. As the survivors of a classic Crusoe-esque, storm-induced shipwrecking, the Smart women once again find themselves battling petty prejudices and genuinely nefarious agents intent upon their inexplicable destruction - ‘Scrabbling about things, desperate to understand how’ they ‘always end up in a mess’. Our first minor moment of incitement is the simple imperative to survive the callous clutches of a landscape fit ‘for ghosts, not the living’.

The major moment of incitement comes in the form of a hideous murder and the stark realisation that ‘the murderer was one of us’. Inevitably, bad luck becomes life threatening, meticulously orchestrated persecution. The plot quickly becomes a classic murder mystery as our hapless protagonists face an increasing body toll and an ever-diminishing cognisance of the demarcation between fact and duplicitous fiction. Stalked by an invisible killer, our delightfully eccentric characters must extricate themselves from a deadly imbroglio, distinguishing malfeasant quislings from genuinely heinous foes. Vignettes of comic burletta punctuate the drama, yet death remains a determinedly recalcitrant and merciless antagonist.

Nescience becomes as deleterious to survival as misplaced trust, extrapolative assumption as great a foe as the murderer’s malign motives. Personal secrets, undisclosed agenda and green-eyed envy ratchet up the stakes, ably assisted by malevolent elemental forces echoing the Bard’s line, ‘as flies to wanton boys, are we to the Gods’. Once again, the Smart women have found themselves in a life-or-death pickle and farcically ill-equipped to meet the challenges before them. Thankfully, one force is on their side; the reader’s desire to see at least some of them survive!

Dowd cleverly combines the tropes of her own favourite literary forms to once again faithfully employ the classic murder mystery formula, red herrings and McGuffins galore, but spiced afresh with her imaginative use of complementary genres. Though Agatha Christie might approve the novel’s form and function, other luminaries have had a hand in its making.

Gothic tropes permeate the pages, bringing to mind Bram Stoker in the incongruous form of Mr Bojingles, a blood-licking hound with delicate social sensibilities. We even have a mysterious ship-borne empty coffin. The rational physical world blurs with that of the spectral, giving the novel the palpable sense of being a ghost story. As such, for many readers M.R. James and Wilkie Collins may inconspicuously lurk in the unexplored shadows of the novel’s chapters. 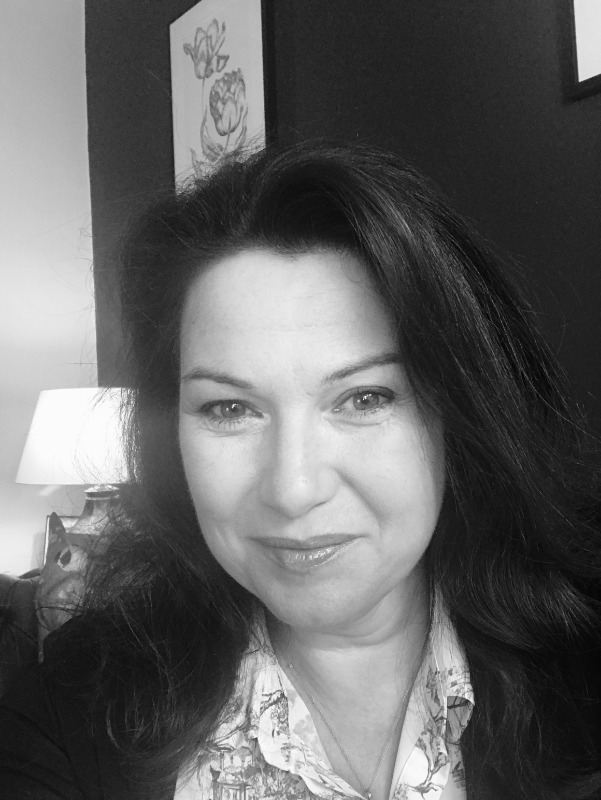 These literary infusions do not dilute the book’s quintessential murder mystery provenance; conversely, they lend this much-loved form emotive power and elevate melodrama to the status of nail-biting gothic drama.

Though ostensibly a rollicking good yarn designed to absorb and entertain by dint of being a cunningly constructed whodunnit, Dowd offers her reader far more than just ingenious plot twists and sardonic humour. Thematically, we explore grief and its tenacious legacy, the unbreakable bond between mother and daughter, betrayal and its consequences and duplicity in its myriad manifestations. Emotional and psychological fragility are gently visited en passant, to examining identity and the corrosive power of self-doubt and bloody-minded denial. These motifs seed themselves throughout the narrative, strengthening its fibres rather than distracting us from the novel’s primary purpose…to entertain.

Dowd dextrously employs a rich array of literary devices to ensure her plot zips along, whilst maintaining a vice-like grip on its reader’s attention. Foreshadowing is repeatedly used as a chapter end hook compelling the page to be turned, simultaneously notching up both suspense and tension. The choice of an unreliable first-person point of view is of course entirely apposite and astonishingly effective. Our chief protagonist Ursula is crippled by cold-fingered grief and anxiety, yet she is also an intelligent and rational being.


Also by Paul Spalding-Mulcock...
Interview With Victoria Princewill'A Book For Writers But Also, I Hope For Readers' : A Swim In The Pond In The Rain By George SaundersThe Traumatic Legacy of Denial: The Sanatorium By Sarah Pearse'Zugzwang...no Move Without Loss': Lucia's War By Susan Lanigan'We Shall Be Forgotten' : In The Palace Of Flowers By Victoria Princewill
By relaying the story’s events through her savant-like eyes and responses, the reader has no solid ground to tread upon. A quagmire looks much the same as a mud-strewn path, a ghost may have been seen, or be the fictional product of an extracampine hallucination. A chronically overblown sense of paranoia could just as credibly be a ratiocinative inference to be ignored on pain of death. Ursula, cursed in the role of Cassandra of Greek myth, cannot trust her own judgement and neither can the reader…or can they?

Beyond a plot that has the hallmarks of being devised only after innumerable fathomless dives into its hidden mechanics in order to ensure it is fault free, Dowd has two rather wonderful aces up her sleeve. The first is her ability to segue from farcical comedy and witty dialogue into almost poetically verdant descriptive prose: ‘There was little sleep to be had in the unearthly night. The bitter air spread through our limbs. Strange, disgruntled noises rose from the shadows and slipped across the darkness. I could hear the island’s siren voices arcing over the dunes and down towards the sea. I was hollowed by fear, the cold worming its way through my joints’.

The second ace to be played in the novel’s high stakes poker game is characterisation. Pandora, Ursula’s strident mother and the matriarchal doyen of the cohort she dominates is once again rendered with consummate skill. Saturnine and the epitome of procrustean intolerance, Pandora’s dogmatic, brassbound force leaves the pages and can be heard upbraiding the reader for the slightest misdeed they commit whilst savouring the story. Yet beneath her crustacean exterior beats the heart of a broken woman and a devoted, if over protective mother.

Whilst the delightfully deadly pantomime’s supporting cast are all drawn with aplomb, Bottlenose the boat’s captain stands out for special praise. Part alcoholic evil twin of Captain Birdseye, part Ancient Mariner sans the albatross and Christian allegory, he breathes his booze-drenched folkloric tales through the narrative with eccentric elan. His every utterance darkens the novel’s ambience lending it a benighted surrealism which hovers on the border between hysterically funny and ominously unsettling. Fittingly, Bottlenose is the novel’s atmospheric barometer only rivalled for the role by Dowd’s use of prosopopoeia to employ the island itself and the elements torturing it as an insidious force in its own right.

So, Body on the Island is a beguiling blast. I was entirely outwitted by Dowd who played me like a fiddle. I closed the book utterly satisfied, having been joyfully entertained. If you are looking for a murder mystery suffused with comedy, but dripping with maleficent intrigue, this one is likely to delight. Needless to say, there may be many things ‘Mother does not do’, but she does provide the basis for a damn fine read !

Body on the Island is published by Joffe Books