End of an Era: The Buses and Trains of West Yorkshire 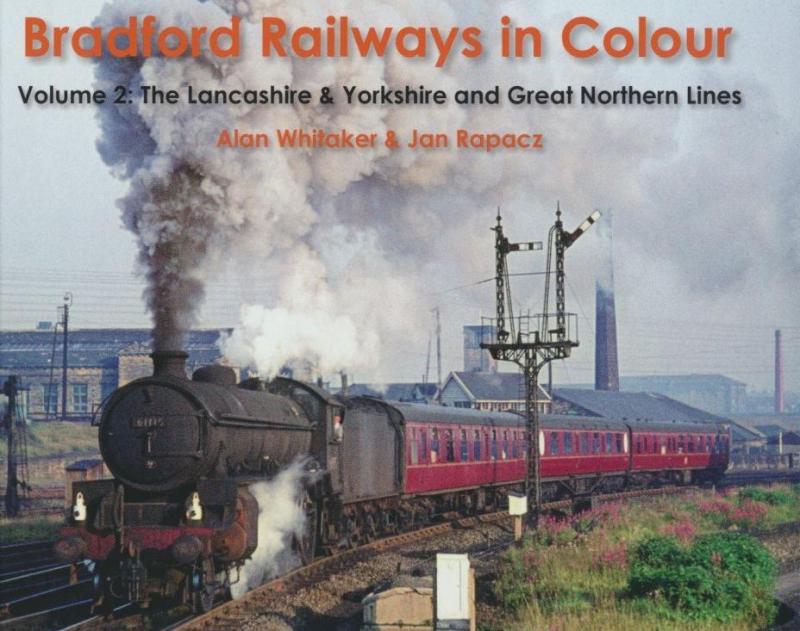 
Provincial railways and bus networks are, or were, as sure an indicator of municipal growth and expansion as the preponderance of West Yorkshire’s former factories and mills. The teeming workforces whose labours created enormous wealth for the concentrated glutting of textile millionaires, demanded transport systems which enabled mobility, movement and freedom to explore a previously circumscribed hinterland.

Threading the complex circuit boards of cities, uniting burgeoning industrial conurbations, connecting districts and affording links to remote rural communities, the integration of a system of communication from the middle nineteenth century onwards became the template for facsimiles the world over.

Alan Whitaker and Jan Rapacz’s new books are halcyon timelines of a landscape now lost. Snapshots of indicative and significant periods in the history of interdependent transport infrastructures, both chart the beginnings of mutation and decline. And that sense of a defining era’s end is echoed in the beautifully executed introduction to Bradford Railways, whose valedictory tone is of a piece with the inherently elegiac mood of this book of images:

Today, Bradford has no need for engine sheds or depots to replenish, maintain and repair the motive power which was vital to fulfil the demands of the railway customers. Nor is there a need for extensive sidings to hold the hundreds of passenger coaches once required for local, express and excursion trains.

Whitaker’s own timeline – he was a transport reporter at the Telegraph & Argus for many years – underscores that mood, and the skill with which it is interpreted. And there is some irony in his selection of plates: realised in full colour, the photographs yield the end of a black and white era; an act, in the end, of commemoration.

And gorgeous they are. It is easy to forget the human angle in a book about steam propulsion, but many of the photos feature people and places just off camera, included by accident or design but testifying to the organic hand behind both innovation and utility. The handbagged traveller, the gawping onlooker, the idling boiler-suited firemen and the lines of washing hanging in an imagined breeze, all give definition to a lost age. 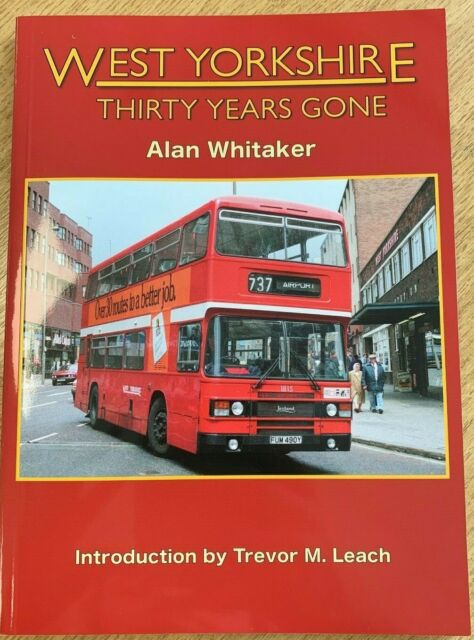 But most, the landscapes and aptly named ‘cuttings’ through which the rolling stock carve an endless groove, and the engines themselves, which are grey, bold and suggestive of momentum and progress, even as elsewhere branch lines are closed, weeds choke the platforms of disused stations, and passengers are ghosts. The helpful annotations at the bottom of each page give descriptive weight to the plates whilst fleshing the images out with historical detail and present status. The engines deliberately position the book on the cusp of elemental change: whilst a Bradford-bound Type 4 diesel coasts alongside a Fairburn tank steam engine, a Sulzer Type 2 diesel is followed a few pages later by Mirfield’s ‘Black Five’ steam engine and a Great Central Railway Class 04 freight locomotive. All are as bold as a past well remembered, and all evoke nostalgia.

As do the photographs in West Yorkshire – Thirty Years Gone, whose lush representation in the uniform reds and creams of bus livery perform a similar service to a road-bound network which operated unhindered for sixty two years prior to the ‘carve up’ and sell-off of 1989. Covering an area much bigger than its own Riding borders, the West Yorkshire Road Car company’s geographical trajectory extended to the far north east of Yorkshire and deep into Lancashire with a myriad of route permutations and additional long-haul destinations.

Trevor Leach’s insightful and incredibly well-researched Introduction provides a thorough grounding to a series of pictures which remind of the sheer breadth of coverage, and of the variety of bus types which came, disappeared and were replaced with incredible regularity over decades of growth and contraction. Here, we see single-decker Bristol SUL4As and stout, bull-nosed Lodekkas; the elegant roof curve of an L6B coach juxtaposed with the more recent Leyland Leopard.

And here and there, a timely reminder of location, en passant – York’s city wall backgrounding an impressively appointed Bedford Duple parked outside the city’s railway station, and a snowdrift in the winter of 1962-1963 depicting a frozen backdrop to an intrepid crew, armed with shovels and digging out a bus bound for Dick Hudson’s on Bingley Moor.

Beautifully bound and presented, Willowherb Publishing’s latest themed books are a joy to devour and reflect upon.