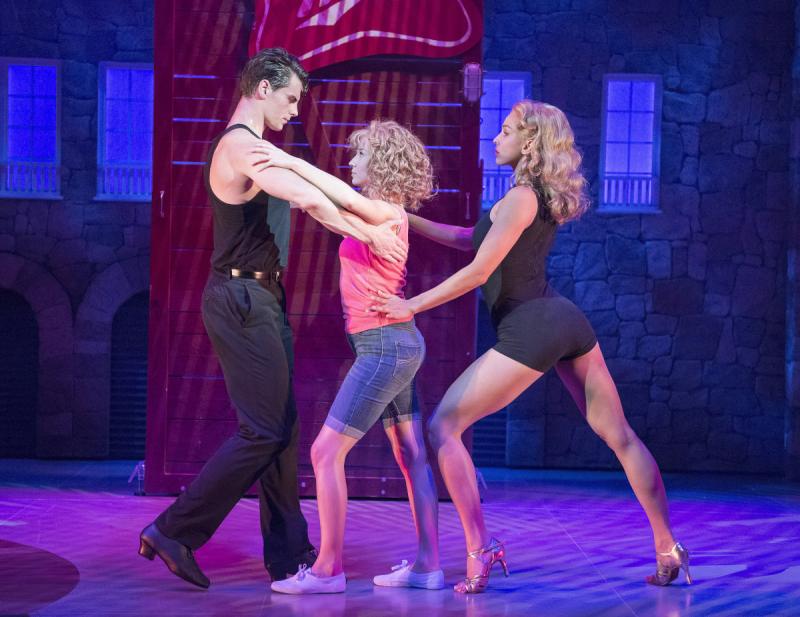 Photo credit Alastair Muir
Producers are like praying mantis waiting for their victims and, in the case of Dirty Dancing, they have all but bagged and tagged an already intoxicated public, ensuring sell outs of this now iconic musical for at least the next two decades!

Eleanor Bergstein’s show is an overwhelming success, that’s a given. However, I am intrigued to witness how it has evolved to deliver exactly what the public wants and, in doing so, suck them in with greater dexterity than an ant eater enjoying lunch.

The show, currently running at Leeds Grand until August 17th – that itself tells you something because most touring productions only stay for a week tops – will, no doubt, be packed out but, more than that, it is now a virtual carbon copy of the film.

And that’s smart, very smart, at least if you are the person counting the box office receipts. 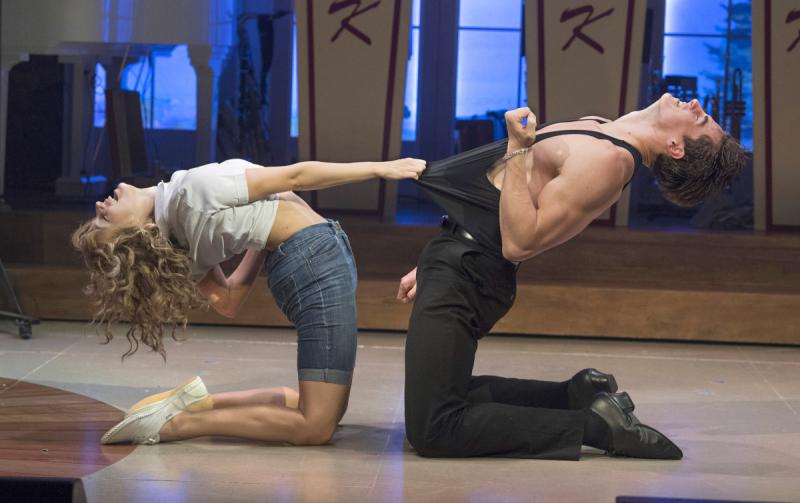 Dirty Dancing - A Classic Love Story
Some shows are re-written or extended to either accommodate a big name – Neil Morrissey played Fagin in Oliver!, acquiring some extra scenes, whilst Stephen Fry was called in to give Me and My Girl’s libretto a timely lift.

However, the smart money is when you see a world going crazy for a movie – Dirty Dancing – and then make sure the stage version delivers exactly what the public have come to love. That is what Dirty Dancing has now evolved into, shedding some initial ‘extra’ scenes; that’s what the producers of Grease have missed out on or been unable to achieve.

In the case of Dirty Dancing the movie came first, was a smash and the stage version came next, rapidly ‘evolving’ into a carbon of the movie. However, Grease the stage musical came first, was eclipsed by the movie ‘re-write’ and meteoric success, becoming, ironically, a poor relative of the much more popular film.

For anybody on the planet who does not know the story of Dirty Dancing, or for those few who have not seen the original starring Jennifer Grey and Patrick Swayze, the year is 1963 and we’re at Camp Kellerman, an upmarket holiday experience for rich Americans - who in those days apparently still conducted themselves with decorum and restraint, playing rounds of golf, taking dancing lessons and singing patriotic songs round the camp fire for pleasure.


Michael O'Reilly as Johnny Castle
The staff, mostly waiters and dancers, seem to be having loads of fun of a rather naughtier kind, which is all well and good as long as they share it out among themselves. Trouble is wide-eyed young Baby Houseman, daughter of a society doctor, stumbles into their midst and tumbles into the arms of Johnny Castle, king of the dance floor. Unfortunately, for both of them, he was born the wrong side of the tracks.


Also by Phil Hopkins...
Overblown But Enjoyable - Spirit Of The DanceNewbies Give Joseph Fresh ImpetusA Dignity That Outwitted The HolocaustTriumph Of Priestley’s Timeless Drama of ConscienceZombie Attack In Leeds (Playhouse!)
It's the story of an innocent meeting a bad boy (only slightly) whilst existing in the shadows of neatly ironed shirts, straight-laced dorks – Greg Fossard as Neil Kellerman was beautifully nerdy – and a part of America that was on the verge of annihilation with the advent of the swinging 60’s.

The music was great – Do you love me? Hungry Eyes, Hey! Baby – and top marks to understudy Katie Eccles as Frances ‘Baby’ Houseman – never underestimate the challenge of stepping into someone’s shoes with just a few hours to prepare – and Millie Hood, another ‘step up to the plate’ who took over the role of Penny Johnson from regular Simone Covele.

The high kicking dancers were exemplary, the show was a well-oiled machine, the tills at the Grand are currently working overtime and the show is great if it’s your sort of thing.

One final thought. It’s a brilliant show but, me personally, I hate what it has become. It is now a must for hen nights, there is way too much jeering mid performance and when chisel jawed Johnny – aka Michael O’Reilly – gets his six pack out….I thought the lady further down the row was going to explode her tub of Yorkshire ice cream across the first six rows of the stalls!