Albums: Olly Murs - Marry Me
Die Of A Broken Heart; I Found Her; Go Ghost; 25; Dancing On Cars; Do Me Like That; Marry Me; Best Night Of Your Life; I Hate You When You’re Drunk; Don’t Stop Dancing; Let Me Just Say 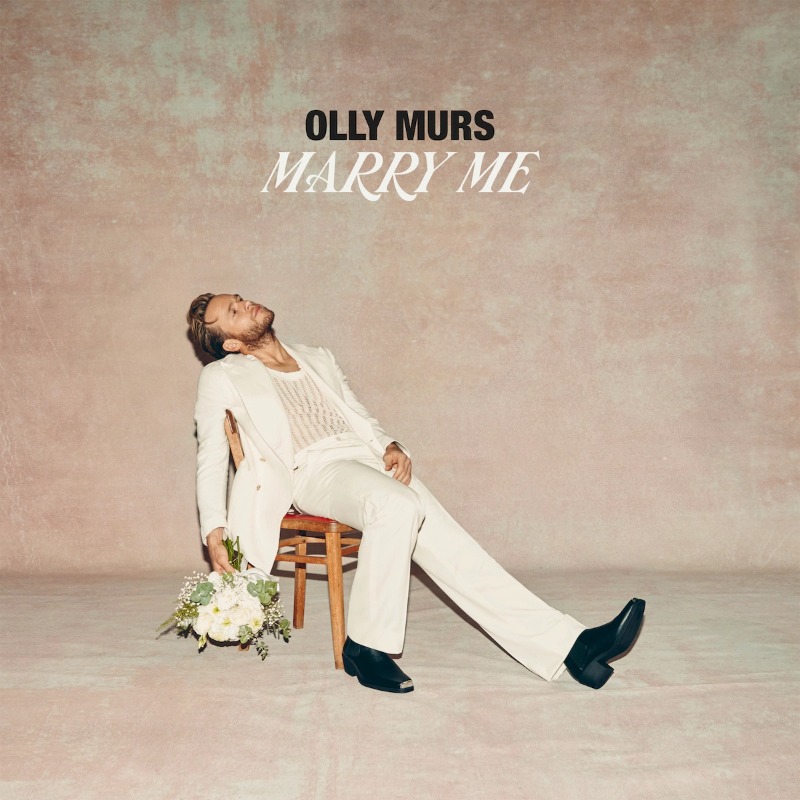 Four years since his last album, Olly Murs has released Marry Me, the seventh of his career.

The overall sound is not much different from what's expected from Murs although there is progression in terms of songwriting, which might have something to do with working with David Stewart and Jessica Agombar. These two producers have had recent success with boy-band-of-the-moment BTS, securing a number one on the American charts, and their influence is evident here.

The album starts with the single Die Of A Broken Heart,. This contemporary pop song sounds more like a Maroon 5 track than might be expected from Murs. It even comes with a female vocal utilising the phrasing Lizzo has made her trademark - all stuttering and staccato vocals.

I Found Her is another big tune with great energy, though it does sound like a mid eighties hit in terms of song structure. Whilst listening to Go Ghost it feels as if Murs wanted something that sounded like As It Was from Harry Styles - the track feels heavily influenced by Styles’ worldwide number one.

In total contrast 25 is a ballad that lives up to its title with "25 days get you outta my mind, 25 ways to say goodbyes, 25 nights to forget how to cry," and has Murs showing his emotional side.

Dancing On Cars starts with the lyric “Shaped like a melody straight out the 70’s” but, quite to the contrary, the melody is nothing like the 70’s, more a case of sounding to me like one of Justin Biebers recent pop offerings.

Olly Murs going funky? Yes, it works surprisingly well on Do Me Like That - perhaps one of the highlights on this likeable album.

All that is missing is the rap from whoever is currently flavour of the month. I am sure if he had asked Will.I.am from The Black Eyed Peas and fellow judge on TV’s The Judge he would have obliged.

The title track of the album is another jaunty offering and with all this talk of marriage maybe we might be getting an invitation when Murrs decides to tie the knot?

I Hate You When You’re Drunk sounds like it was written for his forthcoming arena tour: a big anthem which the audience can join in with, it even comes along with the inevitable La-La-La-La refrain towards the song's conclusion.

By the time the album reaches Don’t Stop Dancing we are in normal Bruno Mars territory with another upbeat number that echoes disco and mirror balls. The album closes with the reflective ballad Let Me Just Say and the party ends on this piano driven number.

Overall Murs can rightly, be proud of his new album. There are no risks taken, no rules broken, but maybe that is why he continues to be successful. It is an album not just for his fans but for anyone who likes good uplifting pop music.