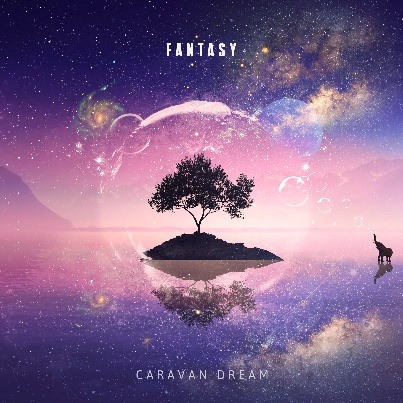 More of an introductory mini-album or extended EP, the collection is a brief moment of folk driven psych rock. Clocking in at just seven tracks in length, this is a band who wears their influences on their sleeves. With echoes of early Coldplay (Moonlight) and the latter-day Duran Duran (Fantasy), their debut album is one that oozes ambition but doesn't necessarily deliver the same amount of identity.

Although there are those moments that truly allude to the sounds that have inspired them, there are glimmering moments that really showcase the band they could be. With a sharp edge, Lines is a clear highlight and shows that the band are capable of something a little more distinctive. Almost as notable is the ethereal charm of Home.

While there is nothing unenjoyable about Fantasy, it is clear to see the band are not quite fully there yet with placing their own stamp on the sounds that have helped shape them. Fantasy is a good introduction, but the best is yet to come.