Raglan Road; Into The Mystic; Where The Streets Have No Name; The Voyage; The Island; Summer In Dublin Guiding Light; No Frontiers; The Blower's Daughter The Parting Glass; Heyday. Set In Stone. 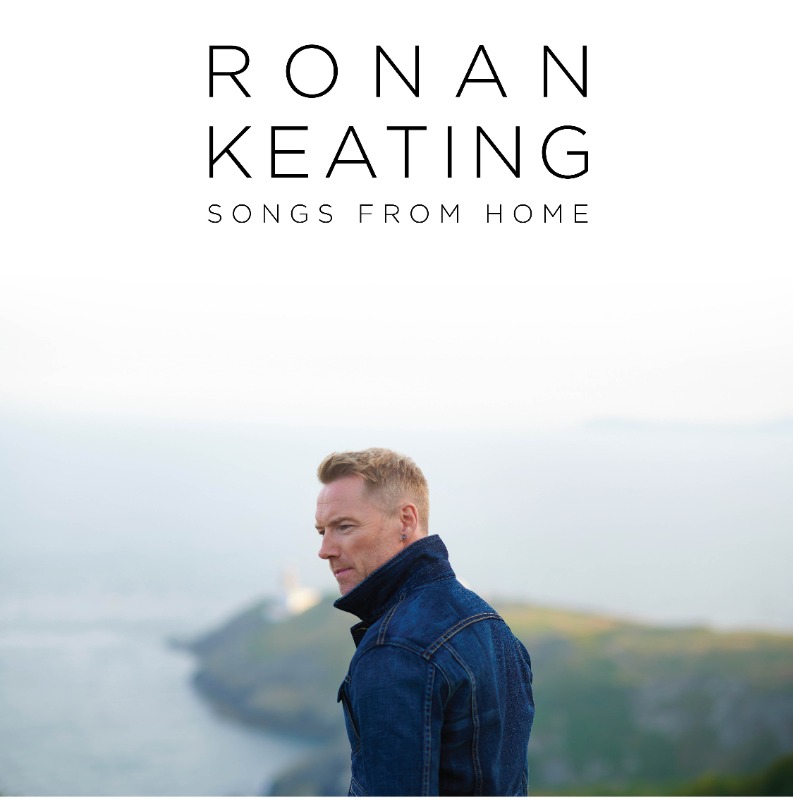 Some boyband members attempt solo stardom and fall at the first hurdle. Others experience phenomenal success then fade. Only an elite club manage to maintain prolonged solo success. Ronan Keating is one of the lucky few. Having debuted as a solo star some 21 years ago, he has managed to grace the Top 5 of the UK album charts with the majority of his solo album releases. During this time, he has somehow managed to fit in a career as a member of Boyzone and as a television
presenter/talent show judge.

This year marks the release of his twelfth studio album, Songs From Home, sees Keating revisit classic songs from his home country. Ireland is celebrated the world over for its musicality and albums dedicated to an Irish songbook are always effortlessly filled with a sense of charm. Songs From Home is no exception.

Keating's success as a soloist is also no surprise. While some boyband members solo careers have been tainted by crazed lifestyles and superstar tantrums, Keating, who has had some issues, has managed on the whole to remain a calm, composed mainstream presence with the focus on his talents rather than his past-times.

His reworkings of classics including Where The Streets Have No Name and The Blower's Daughters are faithful and emotionally charged. However, they never quite add the originality needed to make them memorable in their own right as Keating's. This may not have been his intention, but it does mean the album, while very enjoyable, is not his most impressive.