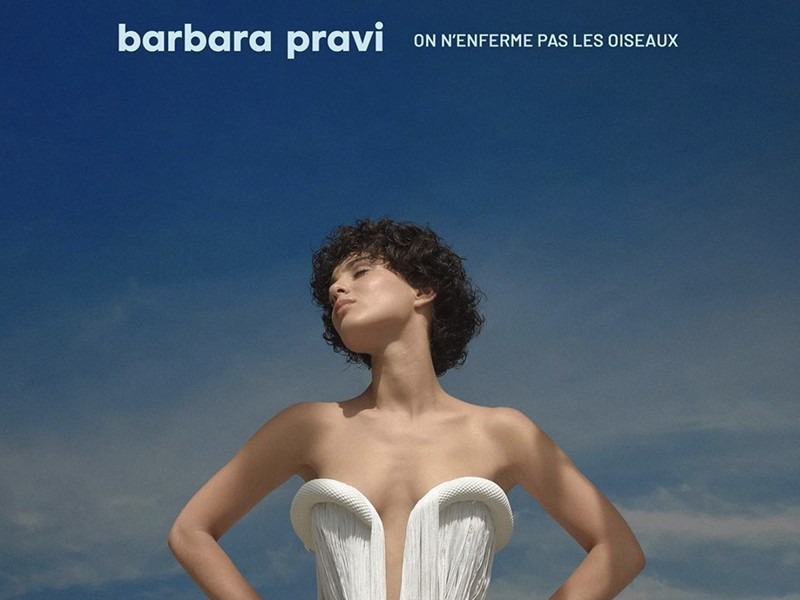 Barbara Pravi's true introduction to the international stage arrived earlier this year when she proved a Bookies' favourite in the run up to the Eurovision Song Contest 2021. Although she may not have won the contest, instead gracefully accepting second place to the now international phenomenon Måneskin, she did in the process steal many hearts.

However, the journey to Eurovision and beyond started over half a decade ago when she released her debut single, On m'appelle Heidi. Since then she has released three critically acclaimed EPs and written for Yannick Noah, Jaden Smith and Valentina - the latter for which she co-wrote Junior Eurovision Song Contest 2020's winning song J'imagine. With so much success all prior to releasing her debut album, the pressure is on for Pravi to really deliver something special.

Citing Jacques Brel and Françoise Hardy as key influences, Pravi has never hidden where lies musically. Her sound is born out of Chanson, but does not ever feel confined to homage. She takes her lead from the greats, but delivers her own material with a distinctive sense of self. Although comparisons to Edith Piaf have been frequent, Pravi is far from a replica. In fact, in many ways, those comparisons are misleading.

Does Pravi boast dramatic flair? Yes. Does she deliver her songs with heartfelt honesty? Yes. But that doesn't make her Piaf #2. On n'enferme pas les oiseaux is Pravi's moment to really show why she has moved past comparisons and is ready to conquer the international stage.

And she does this seemingly effortlessly. Her Eurovision entry, Voilà, opens the album but doesn't set the tone for it. Yes, the album does boast more sentimental and emotive ballads, but Pravi is equally at home when delivering the powerfully up-tempo Salute as she is the more tender moments. With echoes of the great Charles Aznavour, L'homme et l'oiseau offers the album's crowning moment, while spoken moment La vague comes a close second.

All in all, On n'enferme pas les oiseaux is a stunning collection that showcases an artist comfortable in her own skin and ready to explore many musical terrains.