A Roar Of Praise For The Lion King 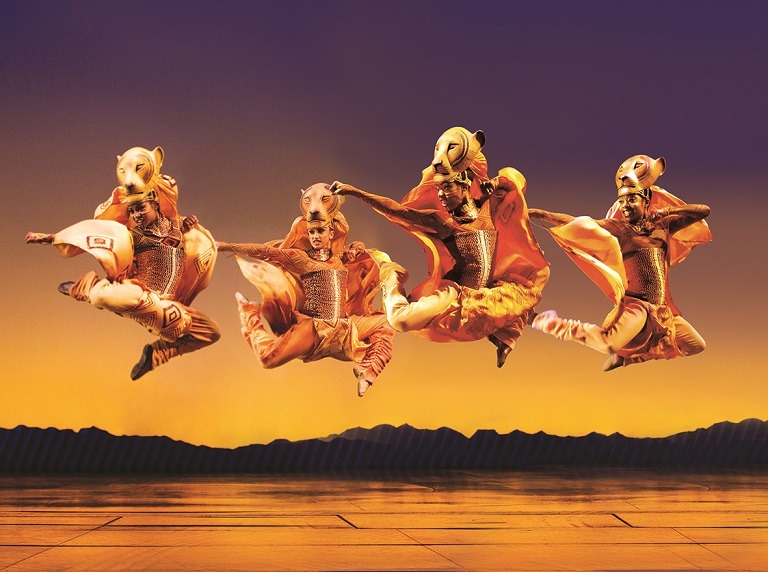 Disney's The Lion King. Credit Johan Persson
An exuberant, confident and magnificent Lion King strode into the Alhambra Theatre, Bradford, this week with a stentorian roar.

Behind came a tumultuous entourage of elephants, zebras, antelopes, giraffes and cheetahs emerging from the stalls in a parade and blaze of colour, clamorous sound and technological wizdarary that would put Harry Potter to shame.

The weather may have been cooling down outside but the inspirational set, music and performers warmed the cockles of the heart of the mixed aged audience if the oohs and ahhs were anything to go by. 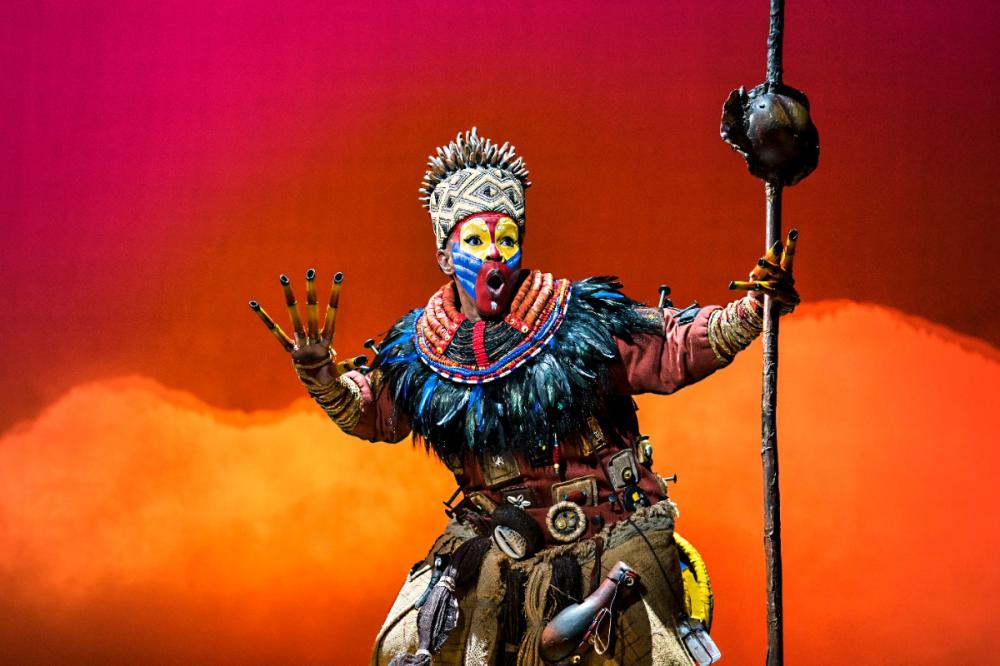 Thandazile Soni (Rafiki) in Disney's The Lion King UK & Ireland tour © Disney
South African born Thandazile Soni was authoritative as the mandrill Rafiki captivating the audience, accompanied by the authentic sounds of the Serengeti that came from the drums in stereo from either side of the balconies. 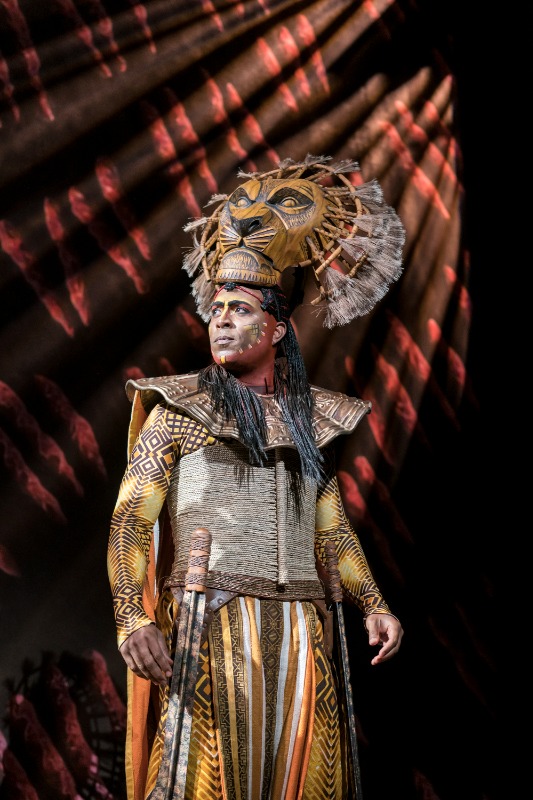 Jean-Luc Guizonne (Mufasa) in Disney's The Lion King UK & Ireland tour © Disney
Matthew Forbes as Zazu, the trusted red-billed hornbill adviser to Mufasa, was superb with many a good one liner bringing his character to life, as did Carl Sanderson as Pumbaa the giant warthog full of wind from both ends and the delectable funny and brilliant Alan Michale as Meerkat Timon, all three had comedic presence and often brought the house down with their antics.

However, if there was anything to spoil the performance it was the pantomimesque elements and the jokes that at times seemed hackneyed. Why? The alliteration and rhythm of script had all the Disney characteristics making it stand on its own.

Richard Hurst as Scar and Jean-Luc Guizonne as Mufasa gave assured performances and the death of Mufasa fleeing from the buffalo was accompanied by an effective light display, thunderous sounds with the percussion adding more drama to this scene.

Stephenson Ardern-Sodje and Nokwanda Khuzwayo as adult Simba and Nala were delightful together the chemistry working well. As for the lovely Sarabi (Simba's mother) Jochebel Ohene MacCarthy was totally graceful. 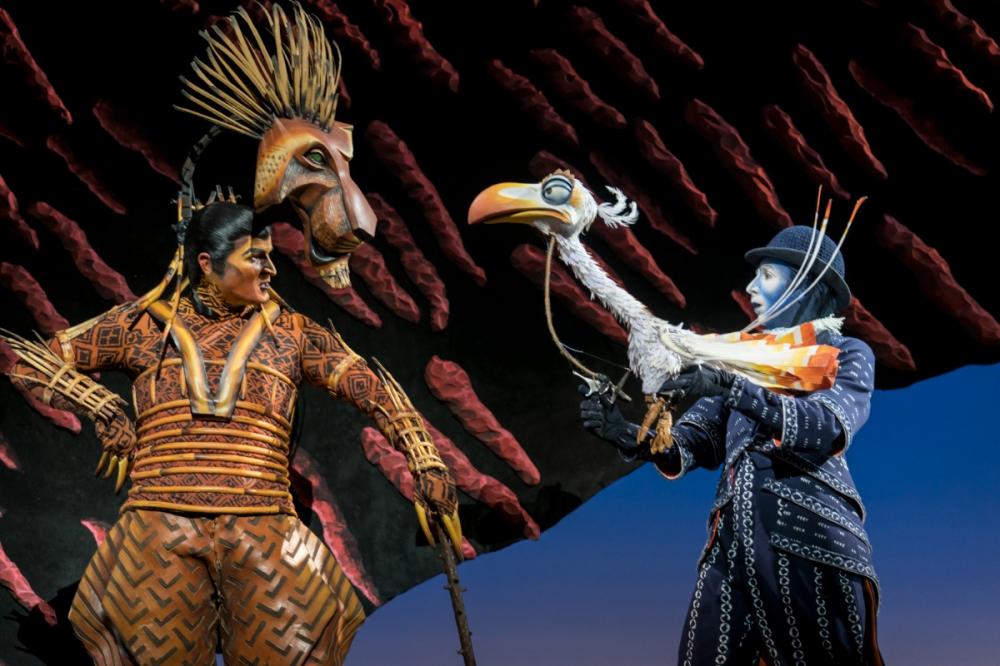 It is, of course, a team effort and the acrobatics from the ensemble, their dance routines all added to a phenomenal spectacle giving it a circus soleil feel. The giraffes bending into the audience was realistic and captured the audience.

It is though, Julie Taymor, the Tony Award-winning director responsible for the costumes and puppets that brought magic to the production. The team behind the slick scene changes should not be forgotten.

As Simba took his rightful place in the pride, the crescendo in the music began and Elton John and Tim Rice's song The Circle of Life was reprised for Pride Rock. The Serengeti once again came alive as the enthralled audience were itching to show its appreciation by rising to its feet in a justified standing ovation.


Disney's The Lion King UK & Ireland tour will be playing at the Alhambra until 28 May. Best availability at the end of May, for more information about where you can get tickets please go to thelionking.co.uk or follow Bradford Theatres social channels.