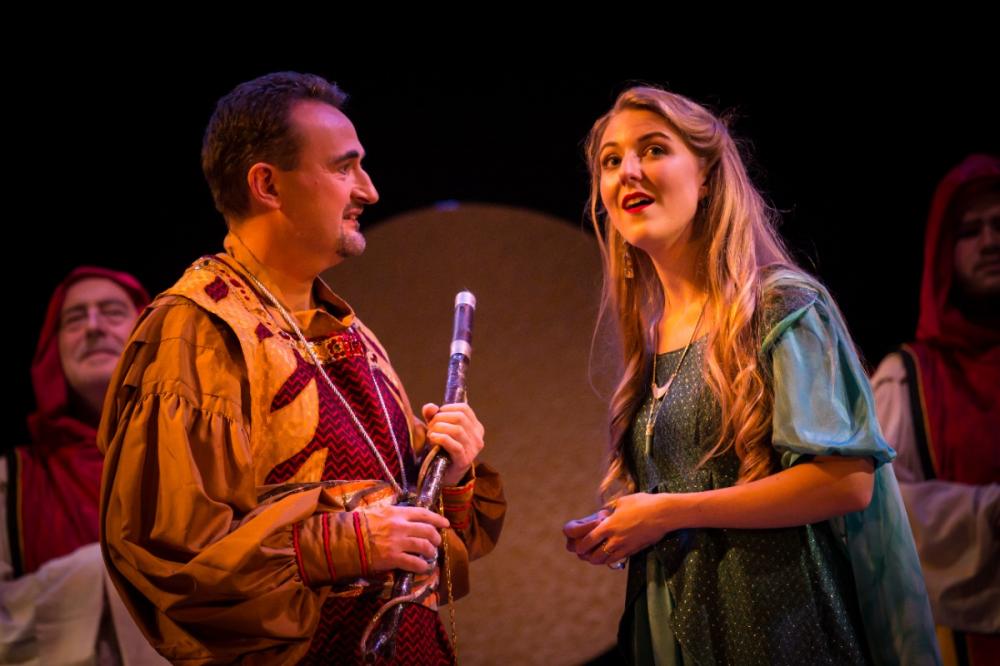 Hamish Brown as Tamino with Pamina
As most of the masked audience settled into their seats at York Theatre Royal last night, it felt they were part of the set as the undertones in Mozart's Magic Flute are around Masonic initiation. 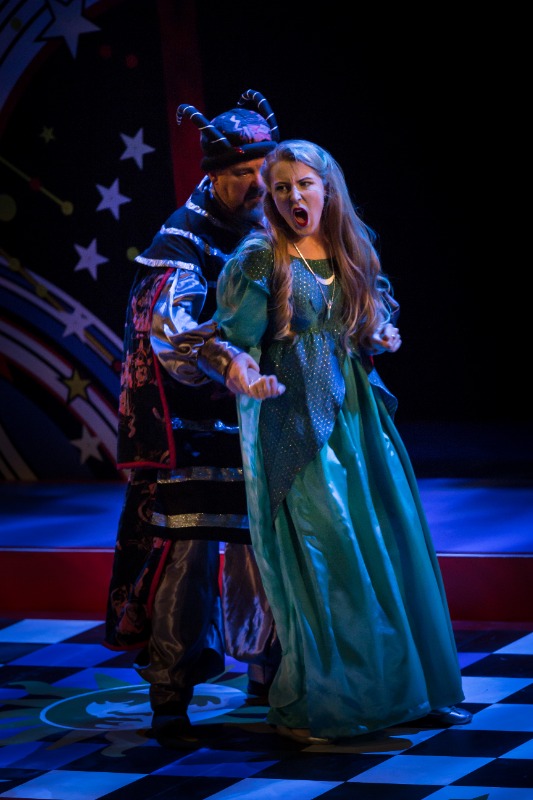 Monostatos Ian Thomoson-Smith with Pamina
As musical director, Derek Chivers raised his baton the orchestra got off to an unsure start in the opening bars of the overture but soon found their stride. Della Blood representing the Magic Flute, Isabel Dowell on Bassoon and doubling up as the bird-catcher's calling theme, along with James Sanderson's captivating representation of Papageno's bells, stood out.

With the overture ended the curtain rose and the audience were treated to John Soper's efficacious set, minimalist and stylish, making clever use of colour and excellent lighting to change the atmosphere.

Maggie Soper's attractive costume design along with the stage direction and York Opera's team of musicians added sparkle that made this an enjoyable production. 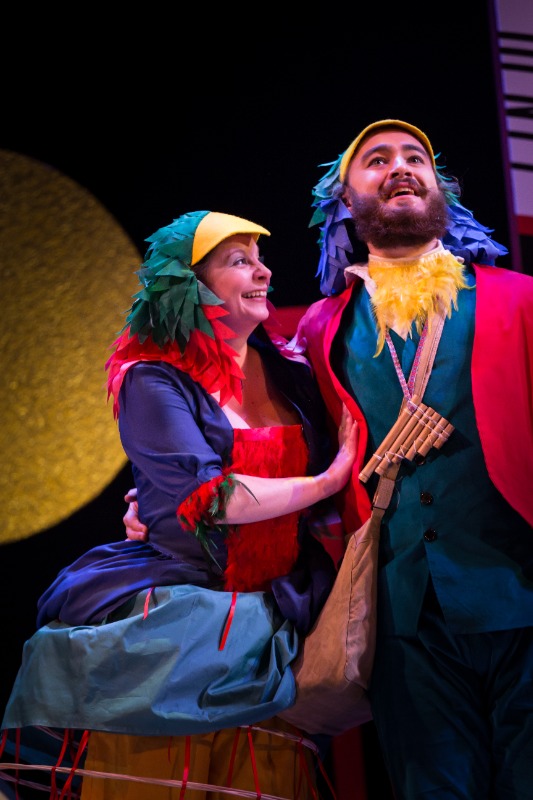 Elizabeth Vile as Papagena and David Valsamidis as Papageno
David Valsamidis' likeable Papageno caught the comic elements of his part brilliantly, his acting first rate, and along with the light and cheerful Papagena sung by Elizabeth Vile, gave an engaging performance. The sublime singing of Alexandra Mather's Pamina was delightful, capturing the tender moments so well. 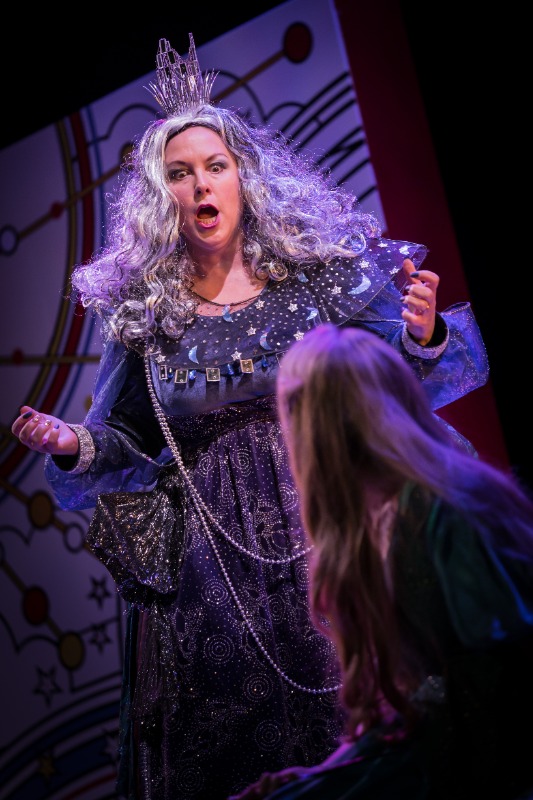 Queen of the Night Heather Watts
Of course, everyone waits with anticipation for that earworm moment, as The Queen of the Night gets one of the most recognisable and demanding arias in opera. It occurs in Act 2 and sets the fireworks going. As it approached, Heather Watts tacked it with aplomb to the obvious delight of the audience.

The three ladies - servants of the Queen of the Night - (Annabel van Griethuysen, Rebecca Smith and Maggie Soper) along with the three genii (Victoria Beale, Hannah Just and Maggie Smales) and the chorus gave strong performances as did Mark Simmonds as Sarastro, Monostatos (Ian Thomson-Smith) and the Orator (Clive Goodhead).

The opera opens of course, with Tamino, sung by tenor Hamish Brown who, like the rest of the cast, sung and acted well. However, for me the timbre of his voice did not crystallise the part.

A cogent and charming production that was bright sparkling and engaging. Bravo!


3 Stars
York Opera's performance was sung in English with the translation by Edward J Dent and the orchestral reduction by Kenneth Roberts. 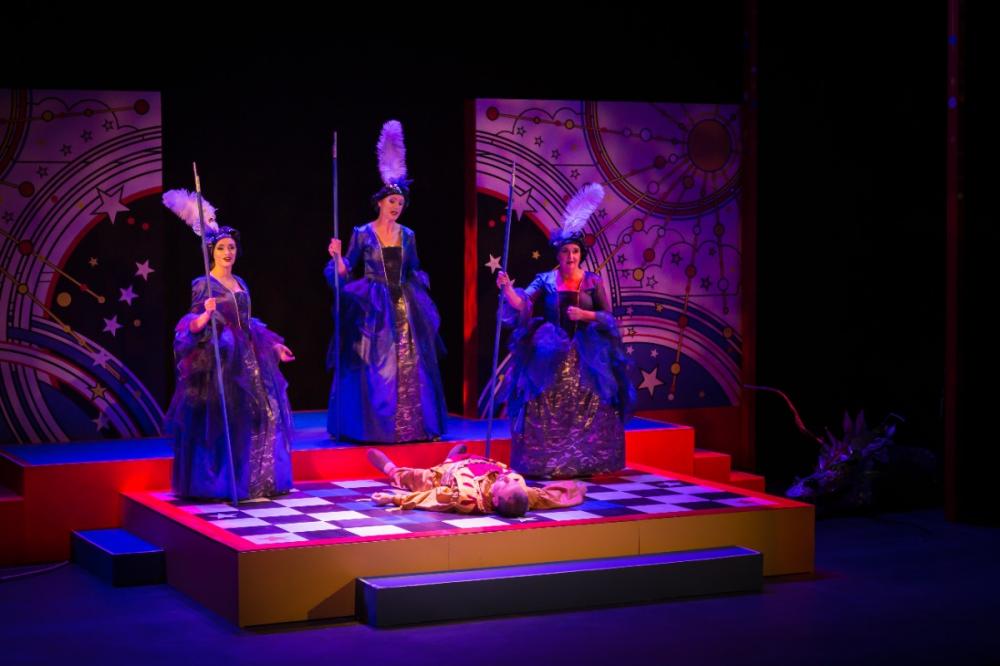