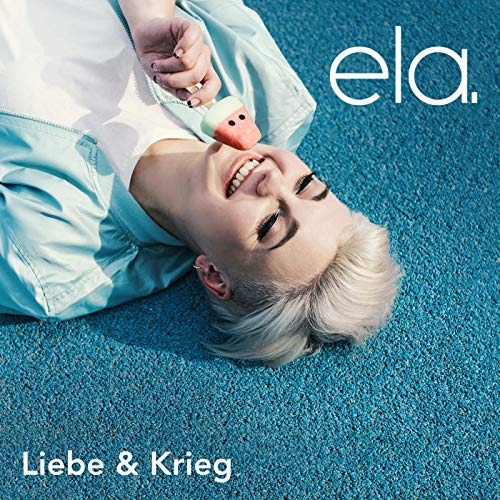 ela. is not a household name in the UK, but she is an artist that Eurovision fans will be familiar with. Back in 2014 she took to the stage in Denmark to represent Germany alongside her former bandmates Yvonne Grünwald and Natalie Plöger to perform Is It Right as Elaiza. The group boasted an addictive Neofolk sound which may have seen them finish in 18th place, but enjoy chart success around Europe, with not just the single but the stunning album that accompanied it.

While the trio released their sophomore album, Restless, back in 2016, ela. has simultaneously been building her name as one of Germany's most compelling solo artists.

Having embarked on both a series of solo dates and support slots for German household icons, the material contained on ela.'s debut album Liebe und Krieg has been firmly road tested ahead of it's release, and it shows - for Liebe und Krieg is a truly impressive debut record.

However, Immer Noch doesn't even come close to the epic radio anthem Wenn unsere Zeit gekommen ist. Anyone who tries to resist swaying along to the truly phenomenal chorus will be inflicting pain on their shoulders and hips as they force them against a natural need to move upon hearing. Yet it is marrying the huge chorus with the tender verses that sees her set herself apart from her contemporaries.

While there is no doubt ela. is a purveyor of anthems, it is in the vulnerable Scharade that ela. shines the brightest. A moment of pure beauty, Scharade is a simple piano ballad that songs impact the hardest in their most raw form.

Liebe und Krieg is a beautiful record from start to finish.