What Is Left Unsaid: The Silence - Susan Allott 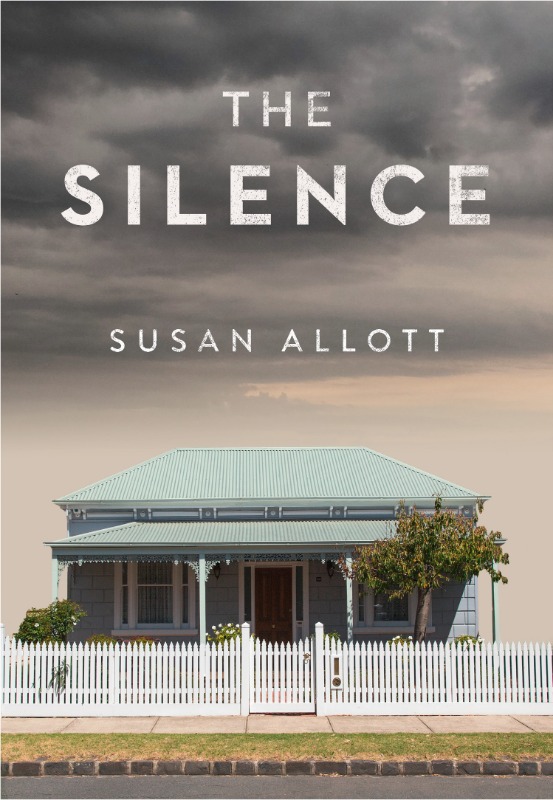 Susan Allott’s debut novel, The Silence, is a compelling account of loyalty, familial trust and distrust: deception, displacement and all that is left unsaid to preserve the pretence of normality. To call it a page-turner (as it is) does not do it justice – it is enjoyable yet with a palpable sense of threat and urgency. If perceptive, you might anticipate the ending, but you would not be able to predict the detours taken along the route, and you can never be sure what one character will say to another as we go deeper into the lives of this close-knit community, so perfectly ordinary on the surface, the strength of underwater currents so neatly hidden in plain sight.

Because, for me, The Silence, refers to all that isn’t talked of in real life. What isn’t discussed among friends or between family members, the problems known to all but wholly ignored. Left to fester, the issues also manage to perpetuate; in life we admit that some things don’t simply go away, and will not be resolved until they are confronted.

The story is loosely centred around Isla whom we meet on the first page with a no-holds-barred presentation of herself and her status quo. All cards laid plainly on the table, the reader is left to form their own judgement as the novel progresses. Isla is an Australian, living alone in a basement flat in London, her partner recently departed and she is attempting sobriety. The phone rings in the night with a call from her father back home. a call that sparks a “trill of fear.” Why the fear, Isla doesn’t know, but it’s understandable for a person battling their own inner demons to always assume the worst, because if the worst happens, that, surely, is an acceptable excuse for a drink. Personal failure is always presumed, but there has to be a plausible justification.

This is not a story about Isla’s recovery. We inevitably learn more of her tormented relationship with alcohol, but she is a practical woman; she knows her mistakes, she accepts her failures, there is no time for self-indulgent sympathy. This relationship with booze, as complex as any addict’s relationship with their substance of choice, is conveyed with straightforward practicality and written with compassion and understanding, but the facts are not biased – it is what it sadly is.


Susan Allott
We know that the plot centres on the implication of Isla’s father in the disappearance of a woman thirty years ago from their sleepy, ostensibly charming Sydney neighbourhood. We quickly learn that the strings holding the family together are worn thin and personal faults are exacerbated with the rising tension Isla encounters as she returns home to offer her support. She realises she is the only one to accept that her father might not be guilty, but along the journey, she uncovers many suppressed childhood memories. We, too, uncover much of what has been consigned to history, only to resurface now to an unreceptive audience.

The story alternates between the Sydney of the present, 1997, and the Sydney of 1967, when Isla was five years old. In ‘67, Isla lurks in the wings; the centre stage is occupied by her parents and their neighbours – Mandy, who has disappeared, and her husband, Steve. They play a role in the charade of normalcy, but beneath the friendship they are entangled in doubt and suspicion, jealousy and false pretences – traits that continue to the present day and which are dexterously explored in Allott’s character dialogues and exchanges, both of ‘67 and ‘97.

Conversations are clipped and to the point: words are not wasted. The pace of the novel is brisk, but not rushed – and whilst the observations are more focused on the characters rather than physical descriptions of the locality, we don’t fail to imagine the scenes in vivid detail.

There are familiar tropes: a marriage undermined by alcoholism, misaligned desires between spouses, a man burdened with questions of morality based on his line of work, characters fleeing from what they cannot face, mistakes that are made when things fall apart. There is generational repeat, mistakes recur, past misdemeanours are left unforgotten, resentment suppressed but never extinguished. The characters have genuine, believable flaws - they are on display and for some, they cannot be resolved.

The sub-plots add context and richness to the narrative. The theme of “that which is left unsaid” extends to an element drawn from Australian history, something that would now be classified as a national disgrace. This too adds to the omnipresence of darkness, threat and uncertainty, and directly influences some of the character behaviour and choices; it shapes who they are – providing an intriguing side-story to sit alongside everything else we expose as we delve deeper.

The characters don’t all develop to a positive conclusion and this is not a story that ends with loose ends neatly tied up. There is, of course, a resolution of sorts, but we don’t know what will occur in the next chapters of these characters’ lives.

The Silence is an impressive debut that combines realism with uncertainty, a sense of suspense laced with genuine curiosity. It’s an exploration of what may unfold within a closely bound set of people when cracks appear and are left unrepaired; what happens when relationships are pushed to breaking point, how there is a societal tendency to keep up appearances. Life does progress in thirty years, yet some things do not change. The writing embraces the Australian tendency to say it straight. Candid almost to the point of rudeness, it is here where perhaps we see Allott’s own experience of life 'down under' really shine through; she offers no apology for her characters, and casts no judgement. They are what they are, conveyed in honest and acutely observed detail.

The Silence deserves a wide audience. It is a debut that sets the bar high for Allott’s future work, which should eagerly be anticipated.


The Silence is published by Borough Press
More articles in this series...
Interview: Bethany CliftLast One At The Party By Bethany Clift: A Review'There Is No Such Thing As Fate, Because There Is Nobody In Control': My Name Is Monster By Katie HaleInterview With Frances Quinn - Author Of The Smallest Man'A Hero Of Our Time!': The Smallest Man By Frances QuinnInterview: Thomas McMullan, Author Of The Last Good ManReview: The Last Good Man By Thomas McMullanInterview With Nikki Smith - Author Of All In Her Head'I Don't Know Who I Am Anymore': All In Her Head By Nikki SmithHannah Tovey: An InterviewInterview With Cat Walker - Author Of The ScoopThe Education Of Ivy Edwards By Hannah Tovey: A Review99 Not 42!: The Scoop By Cat WalkerInterview: Natasha Randall - Author of Love OrangeLove Orange By Natasha Randall - A Review‘Fate Brings People Together No Matter How Far Apart They May Be’: We Are Animals By Tim EwinsReview: She Came To Stay - Eleni Kyriacou'We Choose How We Treat Each Other' : People Like Us – Louise FeinInterview: Philip BowneAuthenticity Is Its Own Reward: Interview With Kirsten Hesketh, Author Of Another Us