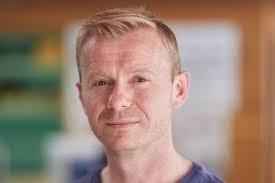 Simon Griffin
There is a genre of literature, frequently best-selling, that takes a sardonic scalpel to what we mostly recognise as commonsense. In less than capable hands, such a strategy is doomed to failure on grounds of tedious reiteration: the material facts of the way in which we disport our affairs does not always bear excessive scrutiny. Think Grumpy Old Men – overcooked television series, and subsequent book whose diminishment of economic return was predicated entirely on the enervation-inducing repetitiveness of its initiate.

Unless, of course, the practitioner is skilled at taking a left-field view of cultural nuances. Billy Connolly made a bloody good living out of retailing stuff we already know, in a novel and entirely refreshing way. And Simon Griffin achieves something of the same order of success in book form, with his follow-up to the acclaimed Fucking Apostrophes, which restored the concealed integrity of grammar by taking the piss out of our near abandonment of its good offices.

And clearly Griffin gives Connolly a run for his money: at his own estimation, the word ‘fucking’ is used four hundred and seventy-five times in Fucking Good Manners. Which is not to demean its repeated employment. For the Scots comic, swearing is the argot of both subject and audience; it is not incidental to his theme(s). For Leeds-based Griffin, its use is both eye-catching, and an efficient means of expressing impotent rage and flabbergast; the latter, a natural reaction to our failure to understand the social value of behaviour which helps to bind us, and to take us forward constructively. 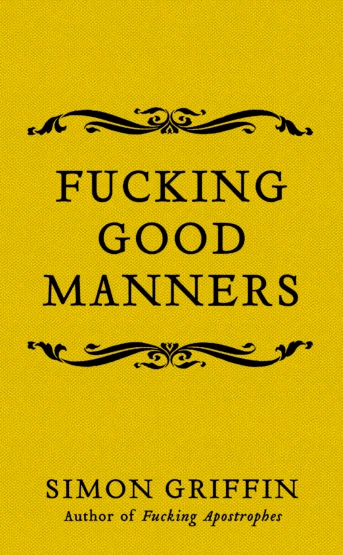 The maintenance of good manners is a demonstration of concern without self-interest, an affirmation that we are indivisibly connected, not separate, self-serving entities. For Griffin, heavily populated metropolises like London encourage a sense of atomisation, a habitat where the usual cultural tenets no longer apply. In such an environment, bad manners replace good manners because solicitations of selfish disinterest will quickly be forgotten by those you are never likely to meet again. Good manners, in such a teeming dystopia, are unnecessary distractions, without meaning.

Except when they’re not. Griffin’s chapter on ‘Public Transport’ – Fucking Good Manners is divided into thematically pertinent sections – is quite reasonably preoccupied with a London Underground whose anomic demography might, in a different sphere, be a cultural anthropologist’s playground. And this writer is quite brilliant at drawing satire out of social situations by poking fun at their boorish protagonists. He is effortlessly funny at every turn and humour is the motor which drives the corrective crankshaft:

Griffin is wise to present the observance of good manners as the nuts and bolts of social interaction; each section of his well-worked thesis particularises the efficacy of improved behaviour at ground level – in the workplace, whilst driving or shopping, on public transport, and perhaps most current, on social media platforms. But he remains alert to the wider application of good manners as one component of a communal ethical schema. Here, Griffin takes a corrective size nine to the type of boss who equates power with the freedom to abuse, in a neat microcosm of the self-serving landscape of employment re-instituted by the grocer’s daughter from Grantham:

‘Just because you earn more money in the time it takes to have your morning constitutional than someone else does in a month, it doesn’t give you the right to treat them like a subservient leper’.

Precisely so. His later suggestion that we should all learn some humility, ‘hold out an olive branch’, is not misplaced in a world where the power behind the political throne, Dominic Cummings, is threatening to turn the socio-cultural clock back to happier, more divisive times. Simon Griffin’s book could not be more current, in ways which contradict, and transcend, its own lightness of touch.


Also by Steve Whitaker...
Poem Of The Week: 'Snow' By Edward ThomasSong Of The Wind: White Ink Stains By Eleanor BrownReview: Life In Our Hands at Settle StoriesPoem Of The Week: 'Everything Is Going To Be All Right' By Derek MahonJust Passing Through: The Valley Press Anthology Of Prose Poetry