Trio By William Boyd: A Review 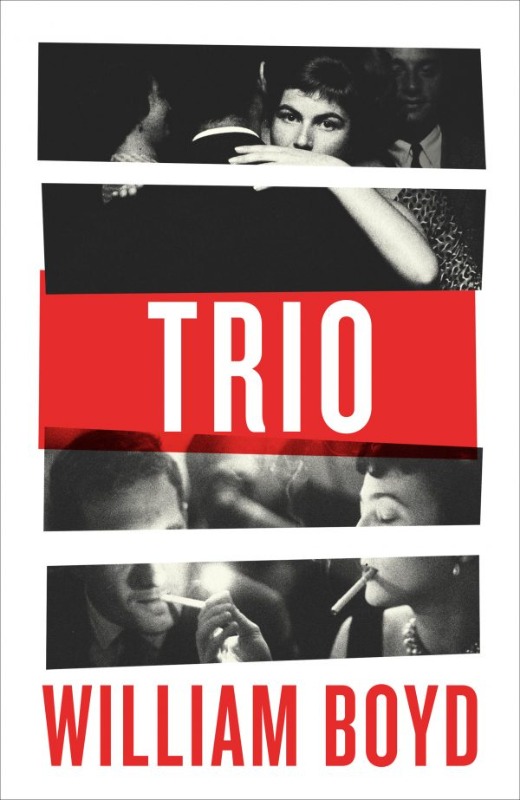 Trio is the sixteenth novel by William Boyd, who has also written short stories and numerous screenplays for TV and film. In Trio, Boyd demonstrates great skill in characterisation, deftly observed scenes and pithy, if not sometimes acerbic dialogue that bring the pages to life with great clarity and wit. The central thread of the plot is the production of a film taking place in Brighton in 1968, however it is the lives of the characters that are the predominant colours in the material that reveal the complex and intricate patterns of this carefully woven novel.

The three central protagonists are linked in their unsteady orbits by the film, with the focus most firmly on what take place off-camera. Talbot Kydd is the producer, who takes the leading role, with the film’s star actress, Anny Viklund, playing a more minor, but still significant role in the narrative. Between them, connected only by association – married to the film’s director – is Elfrida Wing, a novelist who has had writer’s block for a decade, and, haunted by this, and her distaste at having been compared to Virginia Woolf, is blotting out reality through vodka, concealed in bottles of Sarson’s White Vinegar.

The characters are introduced, demonstrating immediately Boyd’s ability for character delineation. We discover Kydd is middle age, conflicted, prone to disgruntlement and in possession of a secret. Viklund, young, American and glamourous is adrift, and incapable, it seems, of exerting control or making decisions – not surprising, one supposes, when on a film set there are always runners to do the leg work. Wing, accurately described by Kydd as “intelligent…obviously, but very strange” immediately strikes us as someone who is not happy, but for me, despite her sometimes comical, often pathetic flaws, she was one of the few for whom I developed a real affection.

The initial introductions tell us just what we need to know, setting the stage with suggestions of what might come to pass. All three have their own complexities and challenges – our interest is piqued and we want to know more. We learn they are essentially alone, and as the novel progresses, we understand more of the secrets that burden them. Despite external exhibitions of confidence and resolve, I found them to be somewhat unsure of themselves. Each appears in search of something – perhaps happiness, perhaps success – or as the book blurb tells us, of what exactly makes life worth living.

Conflict echoes throughout the novel: conflict with self, with others, with ideology and convention. This is, after all, 1968: a year after homosexuality was legalised, a year in which Martin Luther King was assassinated, Paris was inflamed with riots and the Vietnam War was escalating out of control. Yet curiously, there is little reference to the events of the wider world, which adds to another recurrent theme, that of artifice - the protagonists and their secrets are shrouded by pretence. Most characters in the novel have more than one name, some a hidden identity, and there are also hints at society’s tendency to ignore the patently obvious. However, in general, we see how people may become engrossed in their own pressing, but usually inconsequential concerns, shunning a wider perspective. And we must remember how perspective provides an often inconvenient truth. 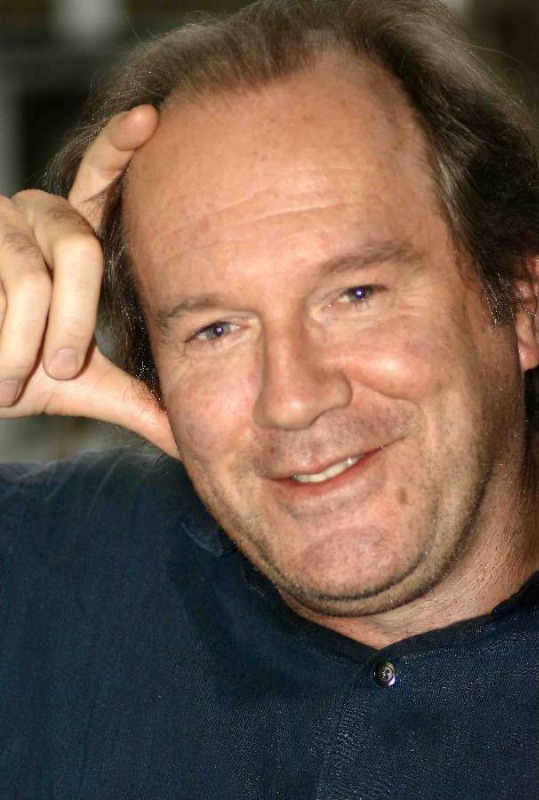 William Boyd in 2009
The verbal exchanges convey a tangible tension. The dislike of others, frequently concealed behind perfunctory remarks which convey, without description, the associated body language and expressions that would animate the encounters. We have the benefit of hearing the inner thoughts of the three leading characters – often aphoristic, often scathing – their minds appear the only place in which to freely express themselves. And with the dialogue and inner monologues we see the wit - if it is possible to find dark humour in the narrative.

I do not think we are supposed to feel sympathy or compassion for any of the main protagonists. We see their external personas projected to the world, and we understand them better by dint of their inner thoughts. However, I didn’t feel as if I truly knew any of them – I suppose this enforced objectivity kept the pace flowing as it would in a film – you wait on the next revelation, the next development.

Each chapter reads like a finely-scripted scene – time passes, events occur, but there is no unnecessary detail. What is given only adds to the plot, or broadens our understanding, and each chapter, whilst not ending on a cliffhanger, encourages you to keep turning the pages. The chapters each focus on and in turn swap between the central characters, keeping the narrative in full flow.

The central casting is bolstered by a wealth of carefully penned supporting actors, none of whom are unimportant and are in fact necessary to the development of numerous sub-plots. There is Wing’s husband, Reggie, or rather, Rodrigo, as he would now like to be called, and Viklund’s co-star Troy Blaze, once pop-singer now actor, who is perhaps deliberately one-dimensional, and whose real name is a rather ordinary Nigel. My favourite is the private investigator Kenneth Kincade (LLB) who almost got a law degree and explains “that’s why I put the brackets around the LLB”. Not all were convincing, particularly the French philosopher, one love interest of Anny Viklund. She, despite her central role, is the one character who I personally found unsatisfactory. I felt she had no backbone, did not really add a great deal to the narrative and might well have been cut from the final edit if I had been the writer.


Also by Caroline Spalding...
Review: Ordesa - Manuel VilasLast One At The Party By Bethany Clift: A Review'There Is No Such Thing As Fate, Because There Is Nobody In Control': My Name Is Monster By Katie HaleInterview: Thomas McMullan, Author Of The Last Good ManReview: The Last Good Man By Thomas McMullan
In a novel focused on film production, writing and acting, we expect a degree of pretence. Inevitably connected to that is what we do for appearance’s sake. The revelations of adultery, carefully concealed homosexuality and double lives decorated by pseudonyms are almost to be expected. We do get a sense of the hedonism that so many associate with the 1960s: people are in search of pleasure, and what will make them happy. But the search for what makes life worth living is hindered by the assumed false identities. Given that lies are destined to crumble, the novel explores what happens when characters tire of maintaining the balance between fact and farce.

One of the many subtle questions posed by the novel relates to the relationship between truth and happiness. A lie can mask an unpleasant reality, but also provide the opportunity to live vicariously as someone you are not. A great joy of Trio is its complexity: the commentary and questions that are perhaps only detected when we reflect on what has been read.

A hugely enjoyable read; a skilfully visualised glimpse into an unknown world, witnessing a search for meaning and the consequences when it is or is not found. The novel scratches beneath the veneered surface of the film industry and social convention to illuminate reality – conveyed with wryness and cynicism, the dialogue is sometimes darkly comedic. Trio had me hooked from the very start and I would challenge others not to feel likewise.


Trio is published by Viking