Thunder Continue To Make All The Right Noises 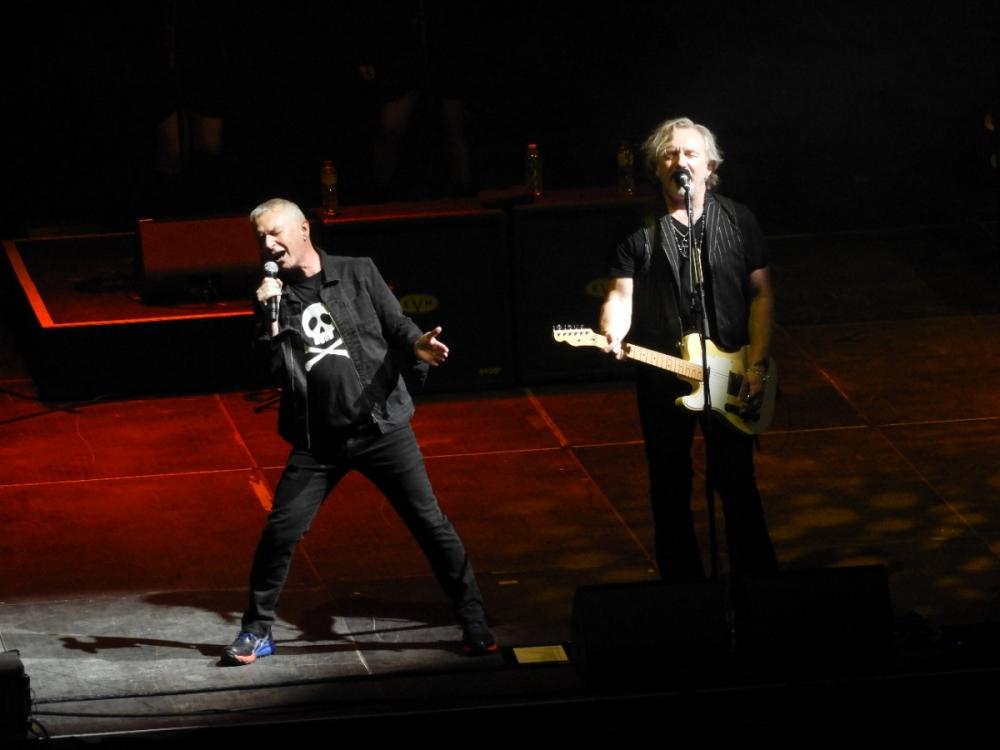 Lead singer Daniel Bowes has over thirty years of experience in how to entertain an audience and it showed throughout the two hours. If he wasn’t asking you to stand up, or clap, he was encouraging everyone to sing along.

The opening number Last One Turn Out The Lights erupted around the arena. The addition of two backing vocalists added a new dimension to many of the band's songs as their soulful vocals proved especially on the opening number.

Lead guitarist Luke Morley threw every rock pose in the book though the talented guitarist never took away the spotlight from Bowes.

The Western Sky a track off the new album fitted in effortlessly as did One Day We’ll Be Free Again, the latter sounding like an old Joe Cocker number.

The fans came to hear their favourite songs and were not disappointed. The Devil Made Me Do It came with a cheeky swagger, Low Life In High Places was the perfect opportunity to stretch your vocal chords whilst Love Walked In was still the powerhouse ballad.

Across The Nation, a song that deals with the shutdown of live music due to Covid, might have been better as the opening number. The track felt more like a statement of joy and celebration and could have had more impact at the beginning.