‘Things Are As They Are And Will End As They Must’: A Brief Affair By Margaret Leroy 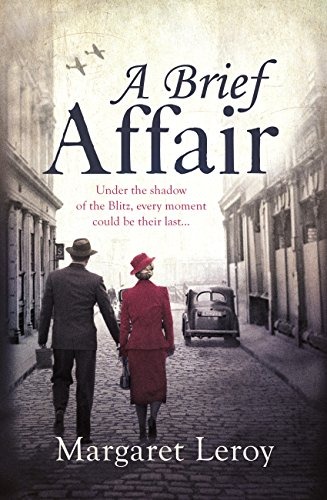 I sat down to read yet another of what I term my holiday reads, found in yet another pile of books at Mum’s bedside, destined for the charity shop. I had no intention of reviewing it as there are so many of that ilk, and yet, it is the result of someone’s hard work and deserves not to be so easily dismissed. A Brief Affair also turned out to be a dramatic, authentic account of an admittedly well-documented period of British history.

Well-written, with a clear narrative and chronological structure, the novel covers five months of the London Blitz. The story begins in September 1940 and ends sometime after the start of 1941, with an Epilogue set in October,1945. The principal character is Livia Ripley, mother of two little girls, widowed by dint of an army training accident and trying to maintain some semblance of normality in her life. War does not wipe out your past, however, and she struggles, too, with a sense of guilt for her childhood actions which resulted in the untimely death of her sister.

Perhaps slow to start as it concentrates on everyday life and its routines, the reader learns that Livia is trying to establish herself as a photographer and we are briefly invited to share in the luxury of afternoon cocktails in smart hotels as she embarks on a clandestine affair (little more than a brief fling really, despite the title) with the smooth-talking Hugo, a publisher who has shown interest in her photographs of idyllic summer gardens and who sees a successful book on the horizon. 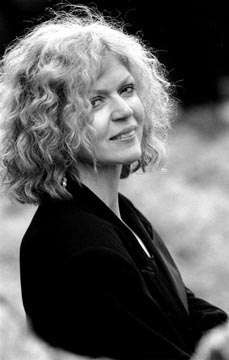 Margaret Leroy
Reality hits hard though when the German bombing begins. Livia witnesses the true horrors of war and reluctantly says goodbye to Hugo, knowing instead that her responsibilities lie at home. A growing closeness to the local vicar who has faith in her abilities, leads to her volunteering to become a warden and the book demonstrates the courage and selflessness of those ordinary people who stepped out into the night to help others. We see Livia develop from a hesitant young woman who questions her role in life, to a woman who gives her all, in some harrowing scenes during and in the immediate aftermath of the bombing raids. She is a flawed character, vulnerable yet stoical, which makes her all the more believable. Finally, we learn that her photographs are to be published after all; not the delicate images of summertime but others which she has also captured: the raw scenes of war torn streets and the people living in a world robbed of summer.

Leroy’s research has clearly been thorough which lends authenticity to the novel. The vivid descriptions of being in the air raid shelters and of emerging to view the new levels of destruction reached, are sombre. The difficulties posed by rationing are realistically described and the physical and mental injuries sustained, are at times, heart-rending. I am not sure if the bombing of Hurtwood School is intended to mirror Britain’s worst civilian tragedy of the Second World War – six hundred people buried alive in the East End of London as they sheltered in Hallsville Junior School awaiting transport to safety, and despite the fact that the authorities had been warned three times that the school was a prime target. Most of the dead were never recovered, the crater was filled and the official death toll was given as seventy-seven. For seventy years, the reality of events was kept secret, at first to prevent unrest and a propaganda triumph for Hitler and later, well...only the authorities know.

At this time of global crisis, when we face economic disaster and possible personal tragedy, it seems apposite to remember the very real hardships faced by our predecessors, and to appreciate that we are simply being asked to stay at home – something many of them would have loved to have been able to do.


A Brief Affair is published by Sphere


Also by Artis-Ann ...
Review: The Litigators By John GrishamReview: A Street Cat Named Bob By James Bowen'You're My Favourite': Jane Eyre By Charlotte BrontëThere's Nothing Wrong With Being EclecticReview: The Prison Doctor By Dr. Amanda Brown