The Still, Sad Music Of Humanity: The Colours By Juliet Bates 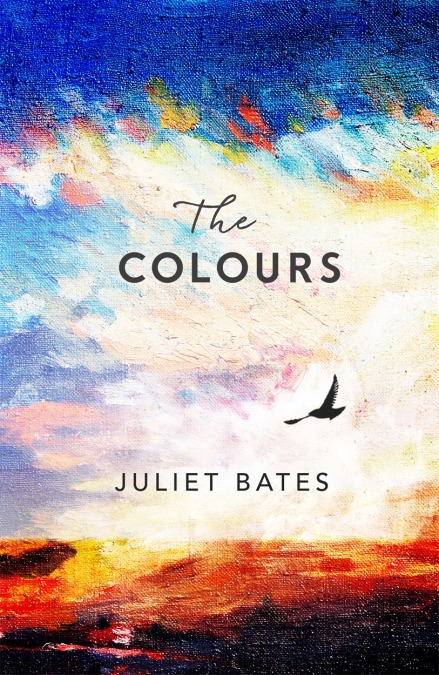 Juliet Bates does not privilege the terrain, over which her dramatis personae roll like wraiths in a sea fret, with certain provenance. The Colours is set somewhere on the North East coast of England, but we do not draw an instinctive association between the fictive landscape and any real counterpart except by suggestion; nor do we take comfort in the parallel certainties of places as we might in, for example, Hardy’s Dorset. A mélange of geographical glimpses, shifted for wider effect, give up a non-unitary ‘Teesby’, whose location could make landfall at any stage on the length of the Cleveland Way and beyond.

This sense of dis-location is apt, and entirely absorbing: a feeling for mood, for the past and memory in two generations of one family, is realised in synaesthesiac amalgams. There is an infinite shifting here: the overwhelming insinuation of sand into every cranny and crevice (‘it’s in our blood too’), occasioning claustrophobic endurance whilst making a metaphor of tubercular cultural mores and provincial incarceration; but most, the colours which give the book its title – the melding of colour in the sensory perception of the story’s central figure, Ellen. Experiencing smell and sound chromatically, Nell finds a kind of consolatory joy in the unique foregrounding of colour in an otherwise vapid and sand-washed landscape. Colour is indicative of mood: it is heavy with the burden of the past, but it gives definition to her understanding, and to the emergent crisis of perception that will ultimately fail to distinguish the subsumation of her own will from that of received psychiatric opinion:

‘None of your histrionics,’ whispers the starched uniform.
‘Histrionics. Histrionics,’ says the bloodstain as it seeps across the apron.’

The Colours is a fine novel. Structurally complex – rendered in chronological stages of each protagonist’s existence, Nell’s life is mirrored in her son Jack’s, chapter by chapter, each chapter moving the narrative a decade or two on from a starting point immediately prior to the Great War. This temporal device acts to create a bigger picture in individual oils, a palimpsest of the modern world which is to become the title of one of Jack’s – who enjoys success as an artist after serving an apprenticeship at the Slade – artworks. Jack becomes the organizing principle of Ellen’s strange kinetic intuition – an unwitting re-focussing of his mother’s subjection to varying degrees of patriarchal control. An embodiment of all that his mother might, by instinct, have been, Jack brings a kind of vicarious order to a chaos of familial memory. Except that the detachment which is both his burden and his allure is the product of a relationship marked by pain and misunderstanding. The revelation, when it appears towards the end of the book, is as brutally effective as the crux moment of McEwan’s Atonement - the point at which a reflex untruth, retailed in an act of petty childhood malice, bears shattering ramifications for the person to whom it is directed. 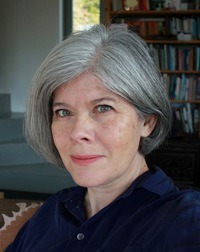 Juliet Bates
The satellite figures, who circle the narrative in, by turns, predatory, threatening, laconic and ghostly fashion, are beautifully drawn; Juliet Bates’ astute depiction of an austere, threadbare landscape is predicated on thorough contextual research, not least that of the stifling, if not downright dangerous, mystique of the Catholic church, finding representation in the suffocating hypocrisy of Father Scullion, whose odoriferous presence reeks of the staleness of his one-dimensional faith – ‘Old age was inside him, breeding in the warm and the wet, creeping out of his mouth like bad breath’.

The drifting of Nell into stifled love and pregnancy is ‘overseen’ by the odious Scullion, her life a painful decline into the mental illness which is a direct consequence of her early orphaning and brutally limited aspirational horizon, foreshortened further by a zealous brother who, though well-meaning, is incarcerated in the straitjacket of Old Testament observance.


Also by Steve Whitaker...
Poem Of The Week: 'Funeral Flowers' By Jill PennyBombs & Bananas: The Last Dinosaur In Doncaster By Sarah WimbushSurfacing After Rain: The Book Of The Earthworm By Sally CoulthardPoem Of The Week: 'Instead Of A Journey' By Michael Hamburger (1924-2007)The Music Of What Happened: Corona Ceoil - An Anthology By Leeds Irish Health & Homes
If time moves with an adagio impressionism in this universe, it is anchored by period locators which give Bates’ narrative authenticity: the London artistic cabal of the newly established Jack is fringed by lurid suggestion – the borderline psychopathy and sexual rapacity of the character of Leeming might be a compound of Lucian Freud and Francis Bacon at their most venal. And similarly, the general furniture of Bates’ story is astonishingly well researched; attention to the details of an era give persuasive structure to the many temporal recalibrations.

For Ellen and Jack are ‘out of time’ to some extent – their protean detachment is at odds with the demands of a ‘chartered’ society, somehow in absentia; cast, instead, in a realm of sand and water and geological endurance brilliantly embodied in the backdrop of an ancient coastline, and its yielding up of primordial history in the deep blackness of Whitby Jet. The remoteness of Jack, and the inability of his mother to engage, at least beyond the sardonic drama of unsolicited sexual congress, if not also motherhood…

‘”Didn’t hurt you did I?” He rolled onto his back and stared at
the ceiling with his hands behind his head.
“No,” she whispered beside him. “Don’t worry. I didn’t
feel a thing.”’

…inscribe a failing of inheritance in perpetuity. The doomed relationships which define the lives of mother and son – the former with a ‘stone-collector’, a damaged and fragile ex-soldier; the latter with a mittel-European refugee – disclose a depressing symmetry which will irrevocably shape their subsequent lives.

And it is fitting that the closing pages of this profound, understated novel should offer the recapitulation of a kind of love, a coming to terms with the past, a reconciliation in ‘blue’.


The Colours is published by Fleet, an imprint of the Little, Brown Group