The Underdogs – Artwork From Beyond The Settle Graveyard Project

Teresa at work
Perhaps appropriately for a period that covers Halloween, the new exhibition at Gallery on the Green in Settle, which runs from October 17 to December 11, features works created by local illustrator Teresa Gordon as her contribution to the fascinating Settle Graveyard Project.

The graveyard project began in 2018 when local historian and writer Sarah Lister started to research the lives of those buried in Settle Graveyard. The research has revealed incredible tales of survival against the odds, incredibly rich and appallingly poor, wonderfully good men and women and naughty ones who may have thought their misdemeanours were buried with them. Sarah wrote a very popular book ‘Curious Tales from the Graveyard’ published by the Yorkshire Dales Millennium Trust (YDMT) which is still for sale in Settle.

In the 2020 lockdown Sarah went on to research the lives of the navvies who worked on the Settle to Carlisle Railway and are now buried in the graveyard, just yards from the line they helped construct. The YDMT and the Friends of the Settle-Carlisle Line kindly offered to pay for another book ‘Settle Navvies: The end of the line’. It was at this point local artist Teresa Gordon joined forces with Sarah to produce a wonderful array of paintings and sketches to illustrate the book. 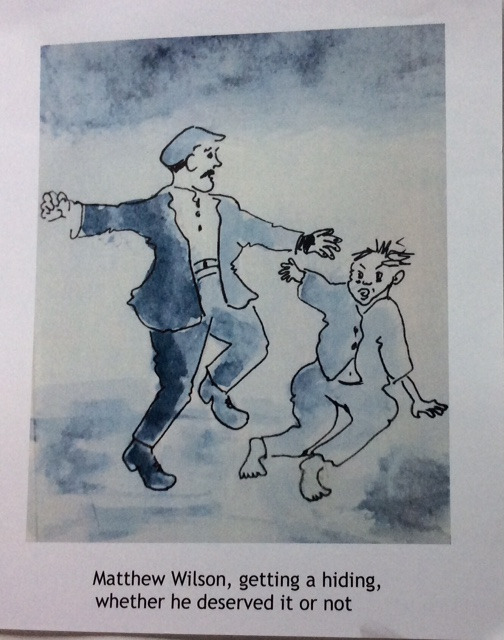 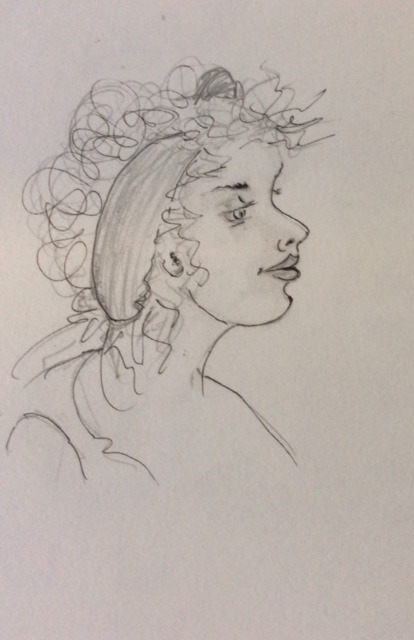 Pictures from the exhibition
]

Since then Teresa has continued to work with Sarah, illustrating the latest research findings which are distributed weekly. Teresa has an eye for people, especially the underdogs of society and her illustrations are poignant, clever and often incredibly witty. This exhibition showcases just a few.

Teresa and Sarah both left careers in education to retire to Settle. They have both fallen in love with the town, its heritage and its people and have found new full time hobbies. Sarah continues her research and delivers numerous talks and graveyard trails to raise money for local charities. Together with book sales the project has so far raised over £5,000. Teresa is expanding her repertoire and portfolio by working for a number of local groups.

Gallery on the Green which was established in 2009 is housed in a former BT telephone box and is believed to be the world’s smallest art gallery.

There is more about the Settle Graveyard Project on the project’s facebook page.