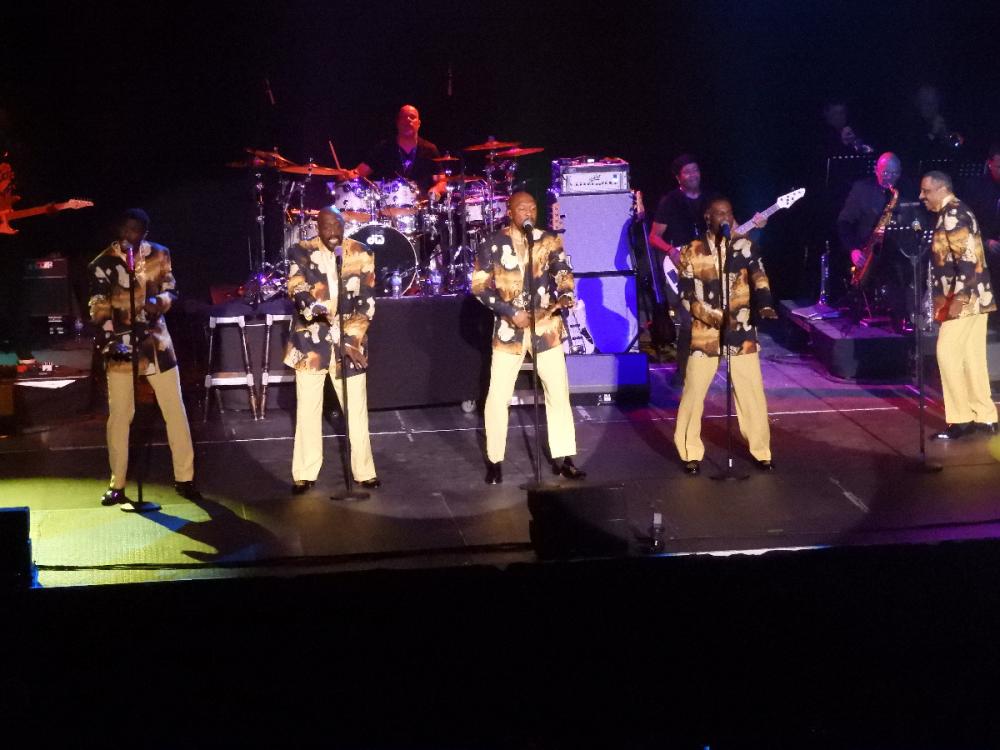 The Temptations
The Temptations and The Four Tops have had over thirty top ten hits - their recording years on the Motown record label have been the template on how a good soul song should sound.

Arriving at the Leeds Arena it was Odyssey which had the task of warming up the audience. The three piece, like the other groups who appeared later on during the night, have only one original member left in the line up.

Whilst The Temptations and The Four Tops bathed in their success in the sixties, Odyssey shared its moment in the spotlight in the late seventies and early eighties. Songs such as Native New Yorker, Going Back To My Roots and their UK number one, Use It Up and Wear It Out have aged well. Sooner or Later, a new track showed promise that with the right mix could become a big dance hit on the House music scene. 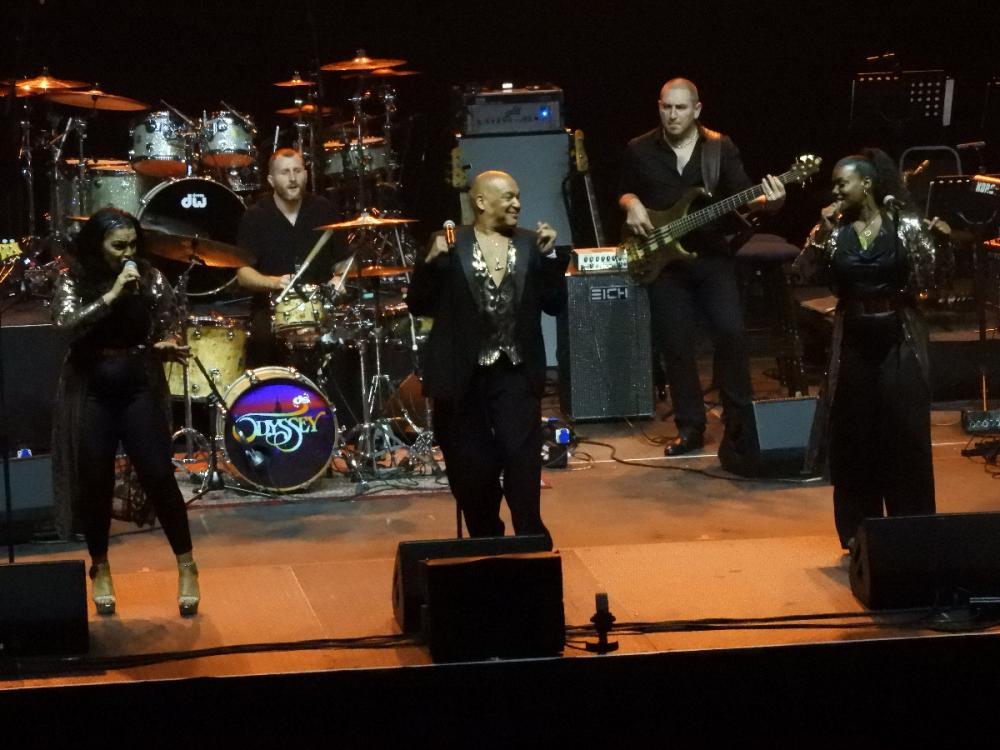 Odyssey
Otis Williams is the founder and only original member left of The Temptations. Despite being eighty years old it did not stop him singing and performing like a man half his age. As he led the group through some of the best songs of the soul genre, hits like Get Ready, Ain’t Too Proud To Beg and Ball of Confusion (That’s What The World Is Today) sounded glorious. The lyric of the latter being more pertinent today than when the track was originally released.

The Temptations
Is It Gonna Be Yes or No, a Smokey Robinson penned number off their recent Temptations 60 album, whilst not as immediate as their big songs, showed that the group can still sound relevant.

Their music was so infectious that even the conductor of the nine piece horn section could not resist joining in with his own dance routine during Papa Was A Rolling Stone.

As My Girl closed a polished set, they made it look effortless, something that comes with years of experience. 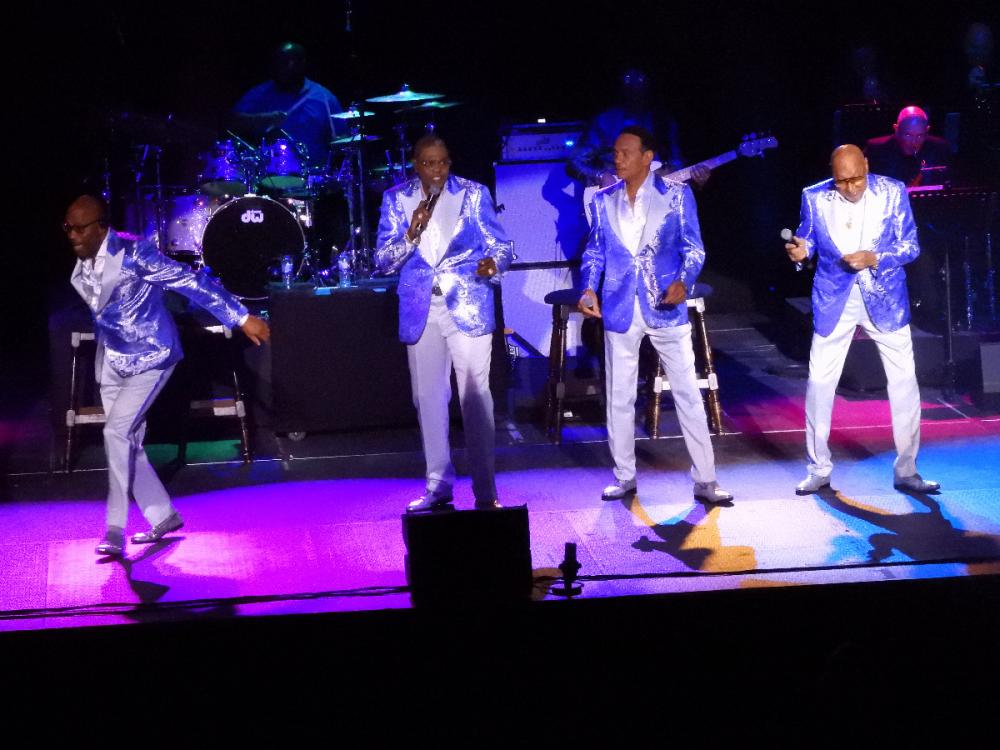 The Four Tops
The Four Tops had a hard task in following such a memorable set. Original member Abdul 'The Duke' Fakir brought the group to the stage as Loco In Acapulco opened up a mixed set. Rather than concentrating on the big hits their set began to drop mid way through with lesser known songs or ones recorded by other artists. The segment which introduced the band members went on far too long which could have been better utilised by giving the fans all the big hits which they had come to hear.

Thankfully Reach Out I’ll Be There, Standing In The Shadows of Love and I Can’t Help Myself (Sugar Pie Honey Punch) saved the day, though even those appeared to be cut short and rattled through.

The spirit of the Motown era had lived on throughout the evening from the purveyors of perhaps one of the greatest periods of soul music.