The Swamp Ghosts Of Pripyat: Stalking The Atomic City By Markiyan Kamysh 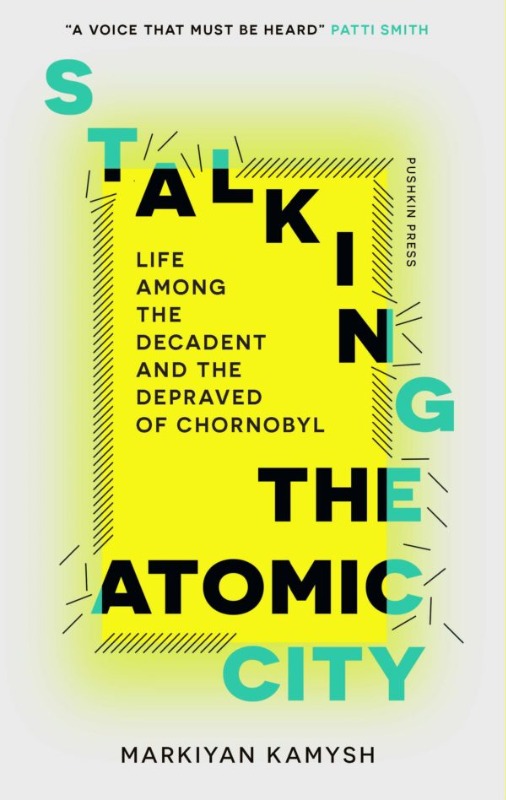 First published in 2015, the currency of Ukrainian writer, Markiyan Kamysh’s, dark investigation into the aftermath of Chornobyl is immoderately underwritten by present events: the invasion of his land by Russia in February, the surrounding of the power station by its forces, and the crisis now enveloping the reactor at Zaporizhzhya are the latest instalments in a real-time dystopian narrative.

Kamysh, the denizen of a post-meltdown landscape, is Kamysh the documenter of Descent, and his strange, compelled presence in the deserted town of Pripyat is one stage of a katabatic journey which would daily be recognisable to those citizens of Ukraine who inhabit the cutting edge of the north east, the east and south of Ukraine, and who endure the ignominy and brutality of a different kind of privation.


The narrator’s powerful descriptions are a mirror to contemporary documentary images of dodgem cars adrift in wild incursions of vegetation, and train lines leading to nowhere...
One of a number of visitants, the ‘swamp ghost’ who has returned to a still toxic and listless terrain does so to immerse himself in the ‘comforts’ of the abandoned, as though the pull was magnetic, awed, obscurely fascinated by the decay, the industrial corrosion, and the resurgent hegemony of the natural world. Feral, instinctively alone, the wraiths wander this Underworld like Virgil’s acolytes in the Commedia, gravitating to its black heart which, in 1986, was “lit up like the Wormwood star and turned into a poisonous emerald in the precious crown of Polissya”.

Such lambency is characteristic of Kamysh’s facility; his grasp of an apposite linguistic register is astonishing and we may be assured that the pyrotechnic acuity, the absolute necessity to prosecute his subject with observation, is authentic, despite the attentions of a remarkably florid, and in places, hyperbolic, translation. Never more so than when he is close enough in to see the rust and the dilapidation. His metaphors bear an equivalence to the photographic images that appeared several years after Chornobyl’s abandonment, except for the guards who police the area and the feral animals now inhabiting the carcasses of deserted buildings. The narrator’s powerful descriptions are a mirror to contemporary documentary images of dodgem cars adrift in wild incursions of vegetation, and train lines leading to nowhere, and they are unerringly supported, here, by several of Kamysh’s own – the monochrome vapidity of his pictures render an enervation of mood precisely:

To the places where the rust of ancient swings nods at the murky
sky; where the withered leaves on the basketball courts
serve as a carpet and an orthopedic mattress. Somewhere
in the jungle of the faraway villages where a soldier in
his stone coat stands petrified as the birds clamor.


In a landscape of fevered surreality, the first-person delivery yields observational directness tainted by a neat line in sardonic wit
Given an essential lyrical lift by the translators Hanna Leliv and Reilly Costigan-Humes, Kamysh’s story festers in a necrotic heartland whose atomic pulse was stopped thirty six years ago, leaving a sterile plain to the urban warrior, the loner and the itinerant. Such impressionism is the favoured means of expression here; a rage to document, to expose the truth of isolation through the dereliction of Pripyat’s markers. And it is cinematically persuasive, a sincere attempt to hollow out the landscape to reveal a kind of emptiness, for the writer’s vision is brilliantly damaged as much as post-apocalyptic, directed towards a wasteland whose organic purpose is fungal, necrotic, like winter’s undermining of the fabric of the domestic interiors of the ‘Zone’:

It is Winter who punches the wall tiles
and scratches the faces of old Soviet murals. In the winter,
dampness descends, black, on the artifacts of the past: it
knocks over chairs, blows up hardwood floors, strips off
wall paper, and tosses it onto the floor.

The Russians do not emerge well here: Kamysh – the son of a physicist and nuclear ‘liquidator’ – might not entertain the idea that his narrative is a polemic, but in amongst his clotting of local detail and his eloquent use of corrosive metaphor, we find references to Soviet malignity in a story shadowed by strange compulsions, and a desire to stray too close to the destructive flame. The radiation has not gone away; Kamysh’s odyssey is fraught with danger, and his invective – he instinctively turns the screw on the knee-jerk reasoning of the police and other Polissyan guard dogs – inclines towards the acerbic. In a landscape of fevered surreality, the first-person delivery yields observational directness tainted by a neat line in sardonic wit. And in the black comedy of this frozen circle of Hell, Kamysh’s self-derogatory insight naturally compasses an insouciant knowledge of monetized choice and high fashion:

Someone had offered me a pair of snowshoes, of course, but
I flatly refused. It was either nothing, or a pair of Italian
carbon fiber snowshoes, because “Italian carbon fiber
snowshoes” sounded cooler than Karl Lagerfeld himself
wearing Snowman skis— a Soviet brand— next to you. So I
chose nothing. And nature chose minus eigh teen degrees
Fahrenheit.

An air of studied disaffection and hard-bitten knowingness gives animation to Kamysh’s retailing of events, as though his narrator were a mouthpiece for a more general sense of alienation: the ‘bummers’ of cash, the freeloaders, the looters and the self-servers abound here, as they might in Dante’s purgatorial ante-rooms. Mitigated, only rarely, by the incense of raddled hope, the darkness of apathy is relieved in the silent space of churches: “amid depression, syringes, and hundreds of layers of dust, amid the looted heart of all things abandoned, this church is Krasno stood like an oasis of joy”.

Kamysh’s mandate, in the end, is to observe and to witness; his beautifully written and illustrated book is an invaluable rendering of a region’s turgid and dangerous history.